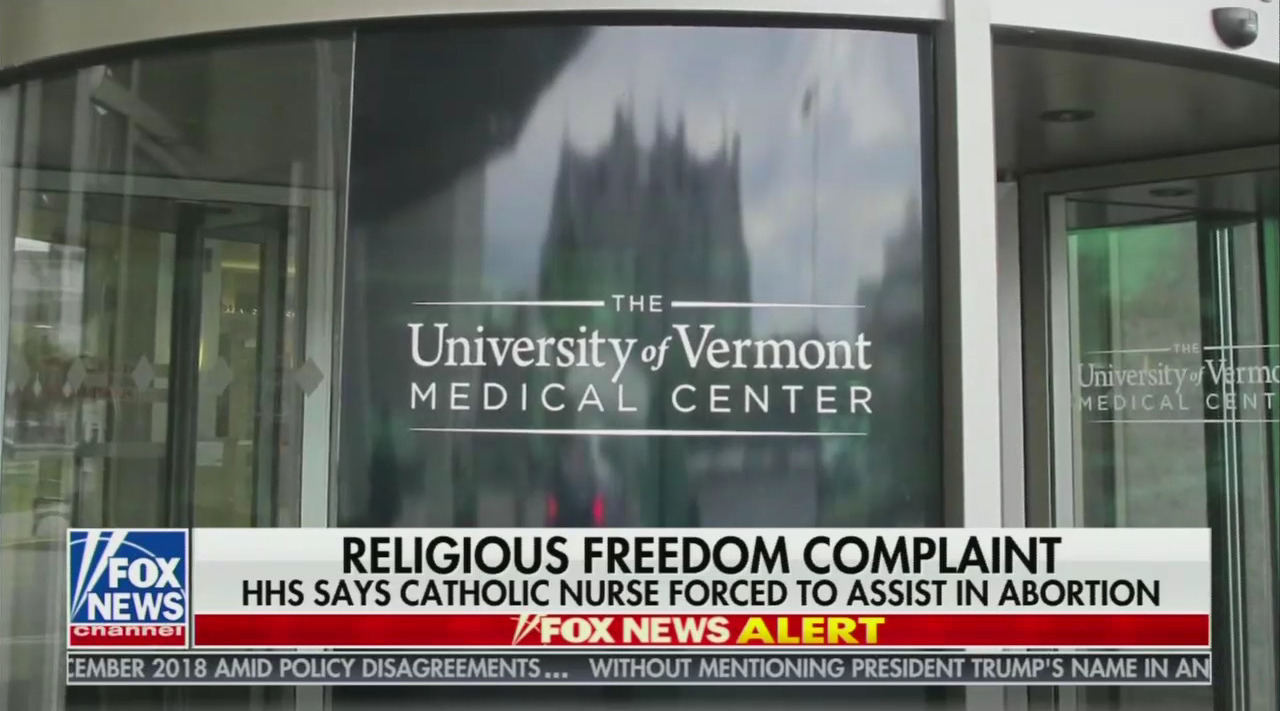 Recently, the University of Vermont Medical Center was accused of forcing a nurse to assist with an abortion against her will, a violation of federal conscience rights laws. According to Vice, the fact that a pro-life nurse objected to performing an abortion “shows we need to be more discerning about who is worthy of serving the public.” So much for the right to choose.

Instead, author Monica R. McLemore, a registered nurse and associate professor at the University of California, San Francisco, wants the Vermont nurse “to wrestle with why her discomfort with abortion kept her from empathizing with the person who needed it.”

McLemore’s article is titled “If You Don't Want to Provide Abortions, Don't Go Into Healthcare,” which completely turns the Hippocratic Oath on its head. Instead of “First, do no harm,” she wants medical providers to pledge, “First, do abortions.”

“To be clear, I respect people's desires not to do things that go against their moral or religious beliefs,” McLemore disingenuously professes before delivering the kicker: “However, people shouldn’t go into healthcare if they don’t want to provide healthcare,” i.e. abortions.

Despite acknowledging that the Church Amendments passed in the 1970s (among others) legally protect the conscience rights of healthcare workers, McLemore claims enforcing these laws is “both wrong and dangerous” and that conscience laws “need to be re-examined as unethical and incompatible with the social contract to which members of the health professions commit.”

Her argument seems to be that patients who visit health facilities governed by these conscience protections “have a lower standard of care forced on them” because abortion isn’t forced on their providers. I guess Nurse Ratchet thinks standards of care can somehow be improved by firing all the millions of pro-life healthcare workers in the U.S.

At the very least, she wants to ensure they’re never hired in the first place.

McLemore says we “need to more closely scrutinize the reasons students want to earn the right—yes, the right—to serve the public as a member of the health professions,” and explains, “Part of my work as a faculty member is to determine who is worthy to serve the public—a duty I do not take lightly.”

Does McLemore enforce an abortion litmus test in her classes by failing students who plan to exercise their federally protected conscience rights to not commit abortions and, if so, is that not also a violation of the law?

They want to chase pro-lifers out of professional society so that only people who support abortion can work in the medical field. But healthcare workers, and those in training, should never be forced to choose between quitting their careers or violating their consciences by participating in a procedure, the vast majority of which are elective, that intentionally stops the heartbeat of a unique member of the human species.

Maybe McLemore should wrestle with why she isn't more discomforted by that.