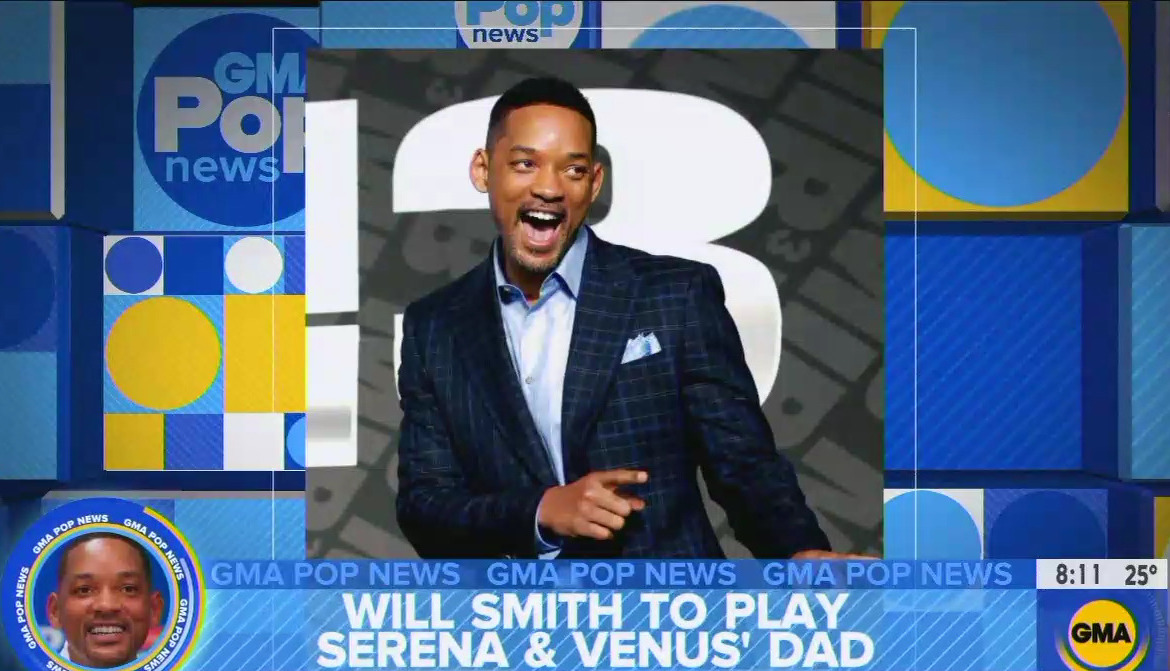 Poor Will Smith can’t catch a break! First the African-American star was roundly mocked on the Internet for being the color blue in the new live-action Aladdin movie, now social justice warriors are complaining about his skin color in a different way.

When it was reported on Monday that Will Smith would play Serena and Venus Williams’ father in a biopic titled King Richard, not all on black Twitter were happy that Smith, who is producing the film, is getting the lead role.

IndieWire reported, "Will Smith’s Casting as Venus and Serena Williams’ Father Sparks Colorism Backlash" while BuzzFeed said of the film "It's Sparked A Debate About Colourism" and Vanity Fair said it "May Raise Eyebrows."

Many were quick to cry “colorism!” It’s not that Will Smith isn’t black, a criticism that has come up in authentic casting and whitewashing before, it’s that he’s not black enough, according to some critics.

Sports writer Clarence Hill Jr tweeted, “Colorism matters..love will [sic] Smith but there are other black actors for this role.” Others echoed "Is he going to be in blackface? I know there's a dark skinned actor that can play this role" and "was mahershala[sic] [Ali] not available or any other darker skinned male actor ever??" Because apparently color matters more than acting ability and investment in the project.

Not only is the film casting problematic, the film's subject is - quite literally - the patriarchy. Jasmine Baker: “I’m glad Will Smith’s company is investing in our stories but I thought I was the only one who side-eyed the casting choice. I’m still excited about the project because SERENA. Colorism might not be the only issue with this film now that I think about it...”

But I’m sure if we were to object to a trans woman playing a woman, or a gay man playing a straight man, or the casting of the musical “Hamilton,” this would be decried as pure bigotry and hate.

This is in stark contrast to “colorblind casting," wherein roles are given to the best actor for the part without regard to a character’s physical description. Except that being colorblind is racist now. No longer can we judge people by the content of their character, we must judge them based on the shade of the color of their skin.

More grist for the racial bean counters in Hollywood - watch as we go from #OscarsSoWhite to #OscarsSoLight.