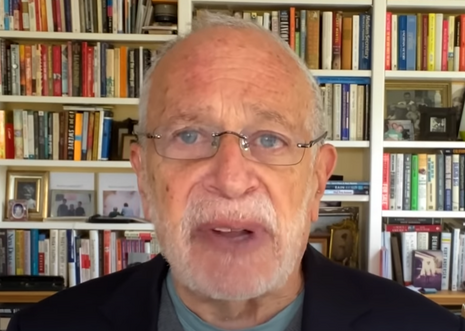 The former Secretary of Labor tried to swat down any concerns that President Joe Biden’s gargantuan $1.9 trillion stimulus was rife with inflationary pressures that could send the economy off the rails. “Larry Summers is dead wrong that Biden's plan would be inflationary. The economy has huge unused capacity,” Reich squealed against former President Barack Obama’s former National Economic Council director in a Feb. 5, 2021 tweet. Summers sounded the alarm bells about a potential inflation crisis caused by the Biden stimulus since February 2021. But Reich was intent on dismissing inflation as a fiction, stating emphatically that Biden’s plan didn’t go far enough:

10 million are jobless. Millions more have dropped out of the job market altogether. Inflation is nowhere in sight. If anything, Biden's plan is too small, [emphasis added].

Larry Summers is dead wrong that Biden's plan would be inflationary. The economy has huge unused capacity. 10 million are jobless. Millions more have dropped out of the job market altogether. Inflation is nowhere in sight. If anything, Biden's plan is too small.

Fast forward to over a year after Biden’s stimulus freebies were injected into the economy, and America is now suffering from a 40-year high inflation crisis that continues to worsen. Talk about life coming at you fast. American Enterprise Institute Director of Economic Policy Studies Michael Strain released an op-ed Feb. 10 headlined: “Yes, the Biden Stimulus Made Inflation Worse.” “Too small” eh, Reich?

But even when inflation started to be a problem for Reich’s narrative towards the end of 2021, Reich tried his hand at gaslighting people that corporations were to blame and not Biden. “Corporations are using the excuse of inflation to raise prices and make fatter profits. The result is a transfer of wealth from consumers to corporate executives and major investors,” wrote Reich in a Nov. 10, 2021 blog. Yikes.

But Reich is not the only leftist who has had to eat crow for hot economic takes as of late. Krugman conceded recently that he “badly underestimated inflation risks” after a year of banging false “Team Transitory” cymbals and trying to convince readers that inflation wasn’t a big deal. Following Biden’s election in 2020, Krugman published a piece that didn’t age well at all: “Making the Most of the Coming Biden Boom.” Yahoo! News just published a story June 25, 2022 headlined: “What to expect from a recession 'everyone' sees coming.”

Both Reich and Krugman would probably do well to sit the inflation debate out for the rest of Biden’s term in office.