As the nation grapples with the threat of high inflation, Bloomberg News is reporting that Americans are now feeling the heat of price spikes. 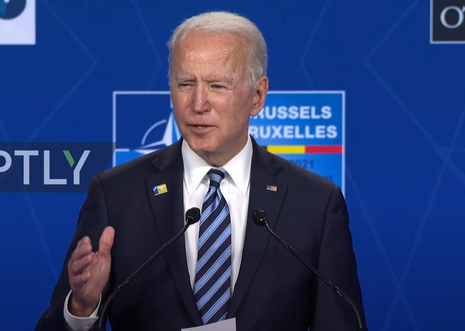 The outlet published a damning story Sept. 17 headlined, “Americans See Worst Buying Conditions in Decades on High Prices.” Specifically, according to Bloomberg News, buying conditions “for household durables deteriorated to their worst since 1980 because of high prices.” The declines, based on the University of Michigan’s consumer sentiment report, were attributed to “complaints about high prices.” The Wall Street Journal Editorial Board stated July 19 that Biden’s “policies have abetted a spike in inflation that is outstripping gains in wages.”

The University of Michigan’s preliminary sentiment index rose to 71, missing the median projection of 72 by economists surveyed by Bloomberg News. But U.S. consumer sentiment “remained close to a near-decade low,” Bloomberg News said. If that wasn’t bad enough, consumers are reportedly expecting “inflation to rise 4.7% over the coming year, matching the highest since 2008.”

The Journal ripped the ridiculous thinking undergirding Biden’s economic agenda in July as contributing to the rising inflation:

Mr. Biden thinks that cradle-to-grave government subsidies with no obligation to work will somehow cause more people to work. That sure hasn’t worked with his enhanced federal unemployment benefits.

The Journal reported in another editorial released Aug. 11 that the White House’s ongoing attempts to explain away the inflation spikes have been “amusing”:

The White House knows it has an inflation problem—political and economic—but its attempts to explain it are more amusing than persuasive. On Wednesday there was a plea for OPEC to pump more oil (see nearby). The Council of Economic Advisers and White House budget office also released a report explaining that its ‘proposed critical investments’ expanding the welfare state would address what it calls ‘long-standing cost pressures.’

The Journal proceeded to mock the Biden administration’s foolishness: “So spending more to goose demand amid scarce supply, and borrowing trillions of dollars more to make it harder for the Fed to tighten monetary policy, will subdue inflation. Yikes. Who writes this stuff?”

A Fox News survey released in August found that 79 percent of Americans blame Biden’s policies for the inflation spike.