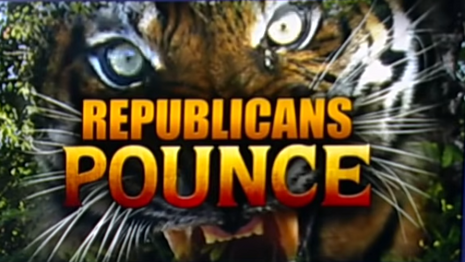 The liberal outlet tweeted May 20, whining that “Republicans have pounced on unexpectedly high inflation readings and a disappointing jobs report for April.” The Hill whined that the GOP suggested the terrible economic data were “the products of an overzealous government response that could kneecap the economy.” The tweet also happened to be the verbatim text from the second paragraph of The Hill reporter Niv Elis’s pro-Biden spin story headlined: “Biden tries to navigate fits and starts of economic recovery.” 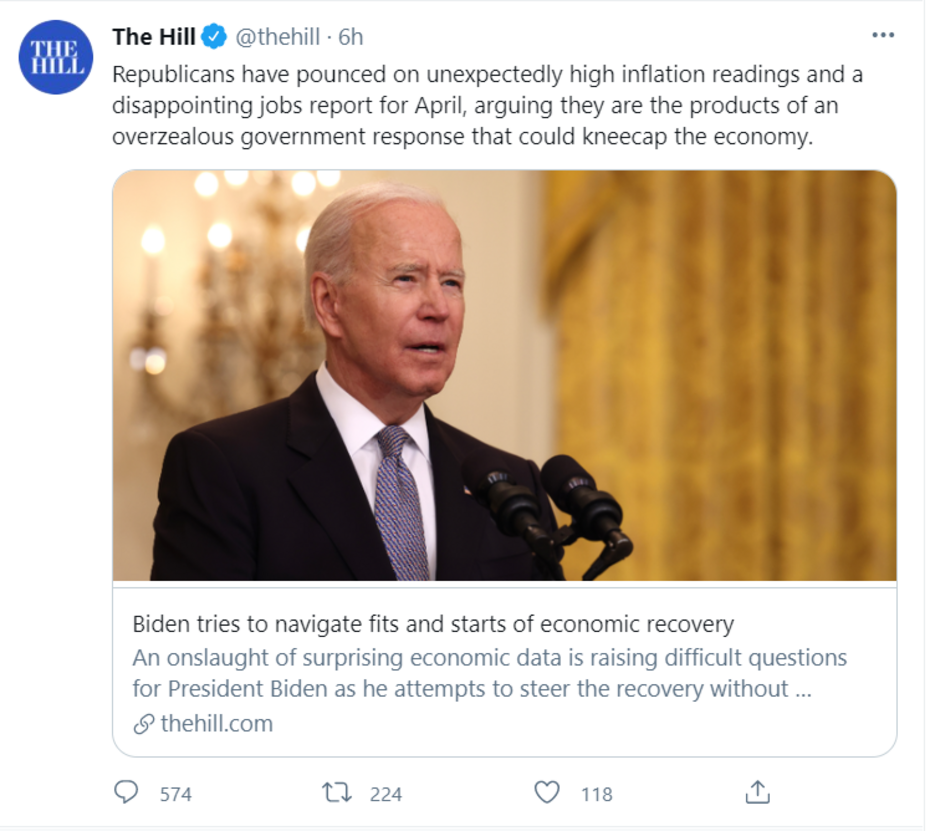 Inflation had recently accelerated “at its fastest pace since 2008 last month with the Consumer Price Index spiking 4.2% from a year ago, compared to the Dow Jones estimate for a 3.6% increase,” according to CNBC. In addition, the U.S. Bureau of Labor Statistics (BLS) recently reported that the U.S. economy added an embarrassing 266,000 jobs in April. The report completely destroyed the media hype about the jobs growth under Biden. The media’s glowing job predictions were off by anywhere between 734,000 jobs and 1,734,000 jobs.

But Elis chose to swat the negative data away and instead characterized the terrible jobs numbers as “the potential quirks of an economy reawakening from a pandemic-induced slumber.”

The Hill even tried to downplay the terrible inflation data as “fleeting” anomalies:

The data, however, was driven by a few anomalies that could very likely prove fleeting, such as a 10 percent spike in used car prices that could have more to do with rental companies, a major supplier of used cars, holding on to their stocks in anticipation of a boom in summer travel as vaccinations rise.

On the disastrous jobs data, Elis summarized Scott Ruesterholz, of Insight Investment: “[S]easonal adjustments may have widely distorted the April jobs report, given that many seasonal factors may not apply during this phase of the recovery.” It’s astonishing how Elis was willing to pin the terrible April jobs data on mere “seasonal adjustments.” If the seasonal adjustment issues were that obvious, why did Elis spew over-optimistic Automatic Data Processing (ADP) estimations on April jobs growth in a May 5 story headlined, “Private payrolls grow strong 742,000 as recovery picks up steam”?

Someone should tell Elis the overused Republicans “pounced” angle is getting pretty old.

Conservatives are under attack. Contact The Hill Editorial department at editor@thehill.com and demand it stop defending Biden’s disastrous agenda.