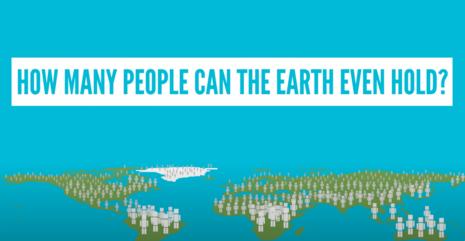 Exploiting the coronavirus to promote climate lockdowns apparently wasn’t enough for the leftist media. Now, one publication is looking to use it to push for radical population control.

New Scientist (NS) recently published an eco-extremist piece arguing for reductions in the world population. The piece headlined, “The population debate: Are there too many people on the planet,” pivoted off of the pandemic: “The pandemic is becoming the latest focus for an old, uniquely contentious question: are there just too many of us on the planet?” The article’s asinine thesis? “The basic argument is hard to deny. With fewer of us around, there would be fewer greenhouse gas emissions, less pollution and waste, more space for both us and the rest of the natural world to survive and thrive.” Sounds like the plot for Ron Howard’s Inferno (2016).

One way to help the environment is for people to — wait for it — have less children, according to the leftist NS logic:

On the face of it, fewer people means less impact. Take climate change, perhaps the most immediately pressing of our many environmental problems. In 2017, Kimberly Nicholas and her colleague Seth Wynes at Lund University in Sweden studied the measures people in advanced economies could take to reduce their carbon footprint. Once they accounted for the generational effect – that every child a person has is likely to have children themselves – having one fewer child was the single most effective measure, saving 120 tonnes of carbon dioxide a year for the average US citizen. 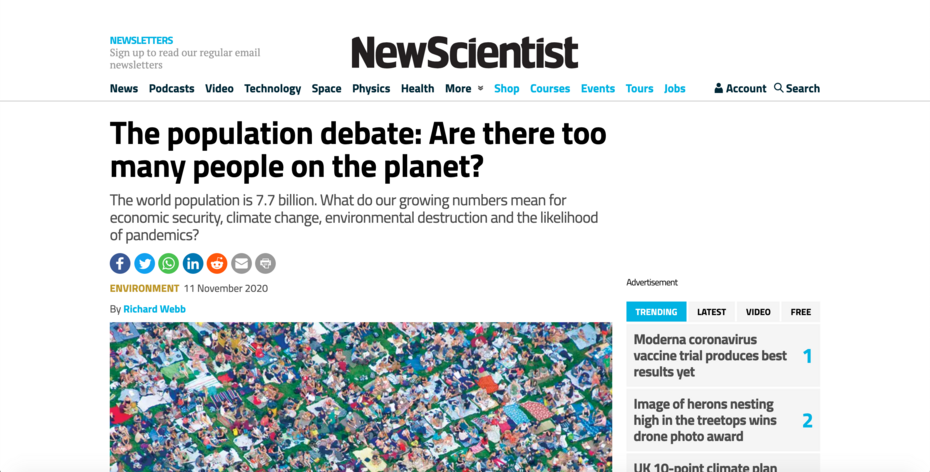 The publication noted that a 1972 report by the eco-extremist Club of Rome predicting “the collapse of global systems in the mid-to-late 20th century if then-current trends of population growth and resource consumption were to continue” was wrong. NS attributed this miscalculation in part to a worldwide fall in birth rates, a trend assisted by “[w]idespread availability of abortion and contraception.” Of course. [Emphasis added.]

NS tried to hedge itself by saying “population control” isn’t going to solve the world’s problems because of the "looming climate change emergency." “Given the impact of having more children extends over generations, having fewer of them won’t help us in the decade or so we have to get emissions down and avoid catastrophic global warming,” NS whined. [Emphasis added.]

But, NS makes it a point of giving veiled, leftist prescriptions on what should be done to curb population growth:

[W]e need to press for more of what works in reducing population growth where population growth is high: education, and support for family planning and gender equality. ‘It means supporting programmes to give people access to modern contraceptives all round the world,’ says [UN Population Division Head John] Wilmoth.

Conservatives are under attack. Contact the New Scientist at 1-888-822-3242 and demand they stop pushing population control.