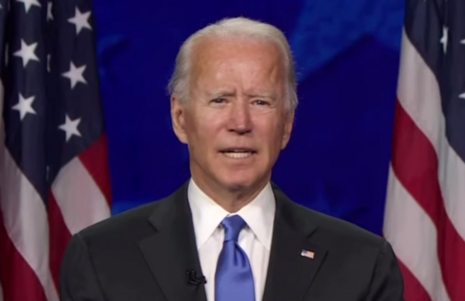 Also, one of those “economists,” is a Hillary Clinton donor. But, don’t expect The Hill to disclose that.

The outlet pushed a propaganda piece headlined, “Analysis: Biden victory, Democratic sweep would bring biggest boost to economy.” Reporter Sylvan Lane Lane referenced Moody’s Analytics Chief Economist, “registered Democrat,” and Hillary Clinton donor Mark Zandi and associate economist Bernard Yaros, who reportedly modeled four potential outcomes of the November 2020 elections. Not surprisingly, the two economists, showing their leftist bent, “argued that a total Democratic sweep would bring the biggest boost to the economy because of Biden’s plans to spend trillions on infrastructure, education and the social safety net while boosting trade and immigration.” Ridiculously, they “argued that the higher taxes proposed to fund part of these plans would not slow the economy in a meaningful way.” [Emphasis added.]

The Hill, of course, said that “Zandi and Yaros argued that a total GOP sweep would be the least beneficial to the U.S. economy.” [Emphasis added.]

The Hill never mentioned that Zandi, in particular, had donated overwhelmingly to Democrats, including Hillary Clinton, between 2007-2018. Late Senator John McCain (R-AZ), was the only Republican Zandi had donated to during McCain’s 2008 presidential campaign. The Hill mentioned that Zandi “provided economic analysis for the late Sen. John McCain’s (R-Ariz.) 2008 presidential campaign,” in a pathetic attempt to throw shade on any conflict of interest Zandi may have with regards to his overtly Democratic political leanings in the years following 2008.

In fact, Zandi has donated exclusively to Democrats in the years Trump has been in office.

Moody’s Analytics had issued a report in 2016 that so far wrongly predicted “the Trump economic plan would be disastrous for the U.S. economy, leading to a prolonged recession and causing slower growth, higher unemployment and declining asset values,” according to The Fiscal Times. The New York Times reported then that Zandi was that report’s “lead author.”

The New York Times, which had still tried to use that report to attack Trump’s image in 2016, conceded that Zandi’s skewed report offered “a big helping of false precision, giving exact numerical forecasts on effects that have vast amounts of uncertainty.”

The Hill never mentioned any of this either. We now know Zandi was dead wrong in 2016, as recent reporting by the U.S. Census Bureau revealed significant economic growth under the Trump Administration.

Conservatives are under attack. Contact The Hill Editorial department at editor@thehill.com and demand the outlet stop giving free PR to Democrats to influence the November elections.