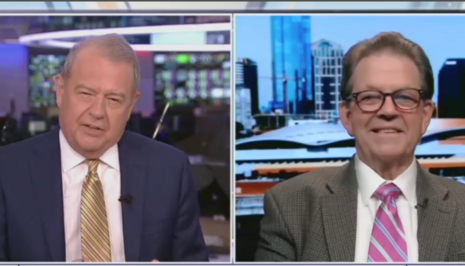 During the September 10, edition of Varney & Co., host Stuart Varney questioned Laffer: “What do you think the economy needs most now?” Laffer then exhibited full confidence in American strength: “It just needs time. I mean, you know it takes some time to bring back the economy to full employment.”  Laffer said he thinks “it needs all these states that have all the restrictions” to be lifted.

Laffer concluded that once big states “get pro-growth, once they get the restrictions removed because the disease incidence is less, you’re going to get that economy continuing to boom. I think we’re perfectly poised for a very, very rapid, continued recovery in this economy."

“I am very optimistic about the country and the economy,” Laffer said.

Earlier, Varney questioned whether Laffer believed that “we need more help for the economy at this stage,” concerning the virus aid bill that Senate Democrats blocked yesterday. True to form, Laffer reiterated an important principle on using the government to solve economic problems: “This isn’t help, Stuart. It’s harm. It’s adding to our deficit and the national debt and will cause problems to go.” Laffer said he was personally rooting for the Senate deal “not to make it. I think we’ve had enough stimulus, which is not stimulus, and I don’t think we need any more at all. I don’t think we need more debt. And I don’t think it helps the economy, to be very straight with you on that.”