Big Three CENSOR Stocks after ‘Best Quarter’ in 20-Plus Years, Despite Virus Spike

ABC’s, CBS’s and NBC’s evening news shows continue to ignore great market news when it steams past their coronavirus panic and has even the slightest chance of making President Donald Trump’s economy look robust. 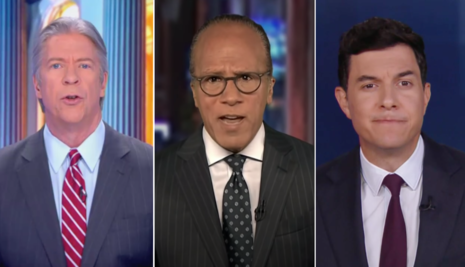 U.S. stocks “wrapped up their best quarter in more than 20 years,” The Wall Street Journal reported June 30. The Journal proclaimed that this was a “remarkable rally after the coronavirus pandemic brought business around the world to a virtual standstill.” ABC World News Tonight with David Muir (Tom Llamas filling in), CBS Evening News with Norah O’Donnell (Major Garrett filling in) and NBC Nightly News with Lester Holt all censored the story.

What makes this so outrageous is that ABC’s, CBS’s and NBC’s digital platforms all reported the news, which makes the  evening news shows's censorship worse. CBS News’s digital platform headline read, “Stocks power to best quarter since 1998 despite coronavirus cases.”

The CBS News piece suggested that one “factor that's helped keep markets climbing overall is a sense among traders that even as some states pause reopening or order some businesses shut down again in response to rising new confirmed COVID-19 cases, the economy is on the mend.” [Emphasis added.]

The trend of ignoring news when it’s good continues for the Big Three evening news shows.

U.S. retail sales soared a whopping 17.7 percent in May, for the “biggest monthly jump ever,” according to CNBC June 16. In perspective, Dow Jones-surveyed economists only expected an 8 percent increase for that month. This means the May report more than doubled expectations — by a comfortable 9.7 percent over the estimate. ABC World News Tonight and NBC Nightly News censored this news.

Fox Business’s Charles Payne predicted a media blackout on the latest stock market news June 30. He was spot on. Payne tweeted at 4:06 pm, “‘Stock Market Surges Higher on Spike on Covid-19 Cases.’ [N]owhere will you read the above in the financial media but if the S&P 500 was down 1.5% today it would have all been blamed on increase in virus[.] [P]art of it[’]s lazy reporting the other part a conscious effort to spread fear.” 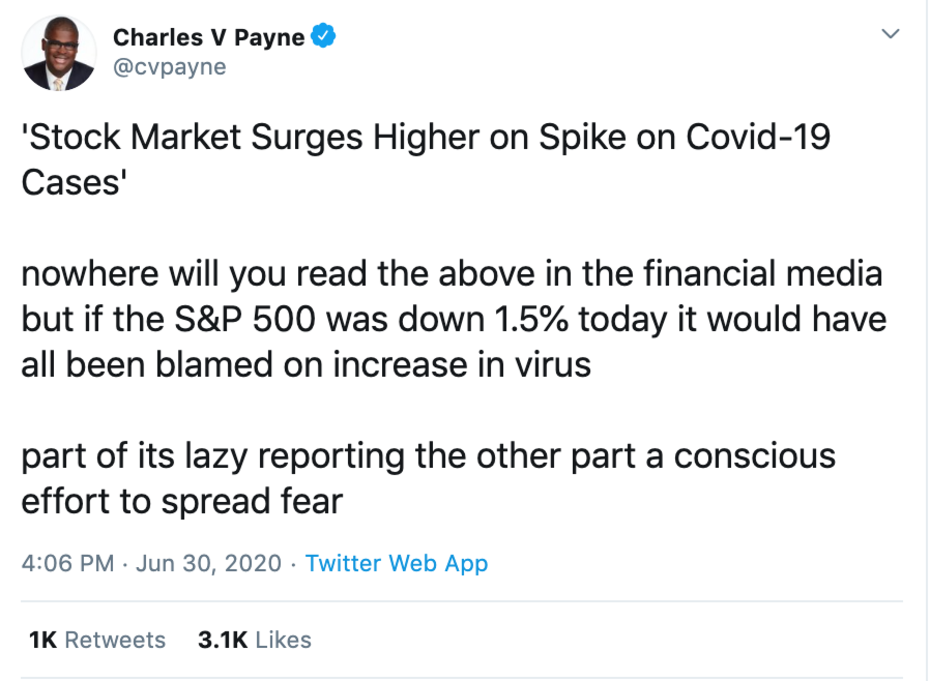 American viewers certainly didn’t get this news if they were watching the Big Three evening news shows last night.