The New York Times continues to embarrass itself. This time, the paper claimed advertisers were pulling their Facebook ad spending because CEO Mark Zuckerberg balked at censoring President Donald Trump. 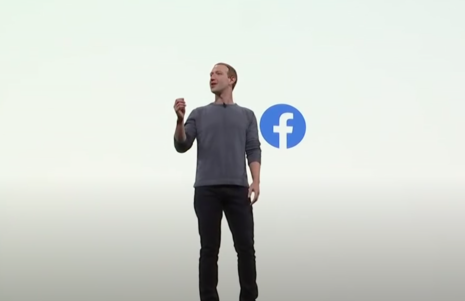 But that story reportedly didn’t check out.

The Times ran a story headlined “‘Morally Impossible’: Some Advertisers Take a Timeout From Facebook.” The sub-headline claimed that “Ever since Mark Zuckerberg defended the platform’s hands-off policy toward posts by President Trump that contained misinformation or promoted violence, some companies are staying away.” But as NBC’s Byers Market noted in its June 10 newsletter, “The story doesn't really check out.”

Byers market dissected the story, and noted that “The Times cites at most three very small brands that have pulled advertising spend from Facebook in light of the Trump tweets.” One of the brands was a “Swedish algae-growing business.” Another one of the brands was a marketing agency “that spends just $6,000 a month on Facebook ads.” [Emphasis added.]

In fact, according to Byers Market, “Facebook brought in $17.4 billion in advertising last quarter.” The evidence The Times provides for a Trump-related hit to Facebook ad revenue, by “even the most generous estimate, would be less than $100,000 for the quarter.”

The Times piece begins by citing a digital advertising executive who has encouraged his clients "to hold back millions in advertising dollars from Facebook," partly because of the Trump tweets.

But, as Byers Market pointed out:

In the 27th paragraph, the Times cites the same executive saying that his clients had tripled their advertising spending in the past four months, but that some unnamed clients had moved their spend from Facebook to other platforms. In the 28th paragraph, the executive "conceded that his clients were likely to return to Facebook soon, because the platform 'is just the best option there is right now, in terms of cost and scale,'" [emphasis added.]

The last paragraph in The Times piece cited small business owner and Democratic congressional candidate Lutchi Gayot, who said that “‘Facebook ads are keeping small businesses alive. If you’re not on Facebook, you don’t exist.’” Byers Market said this was “maybe the real story.”