New York City Mayor Bill de Blasio (D) has been vastly criticized for his poor handling of the coronavirus, and one Fox Business anchor has had enough of him. 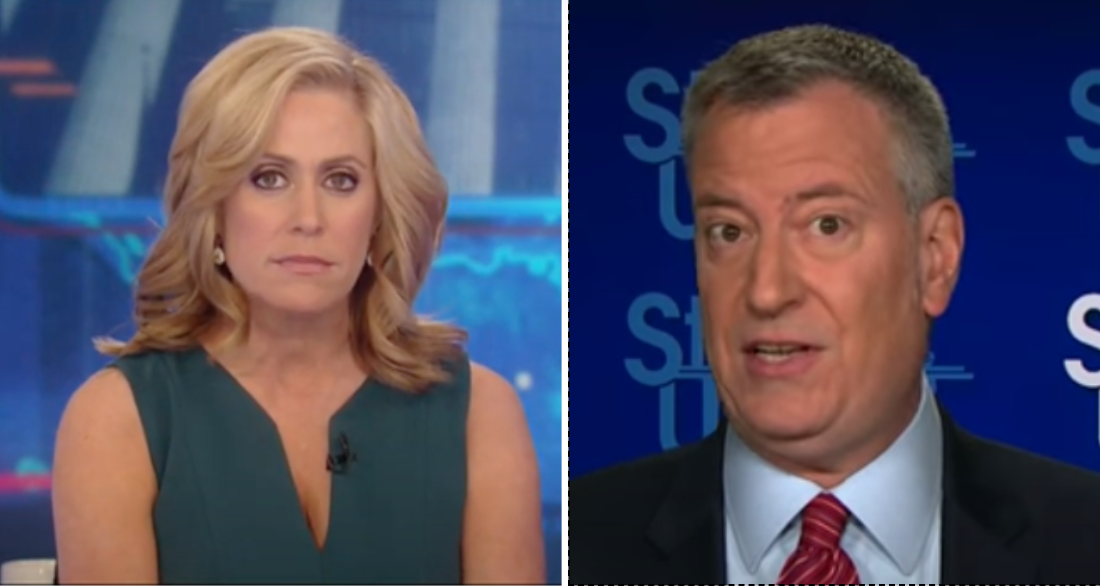 De Blasio sent out a tweet May 21, saying, “I met with our construction, real estate and infrastructure council last night.” He continued: “There was an energy on the call to think anew, put together plans and employ a huge number of people. There are lots of pioneers ready to restart when the time comes and that should give us hope.”

Fox Business anchor Melissa Francis then tore into him in a retweet, saying: “You wouldn’t know energy if you ran it over with your chauffeured SUV as you napped in the back seat, having awoken at noon.” She continued her epic takedown: “You have never worked an honest day in your life. The least you can do is get out of the way of those who do. You jackass.” 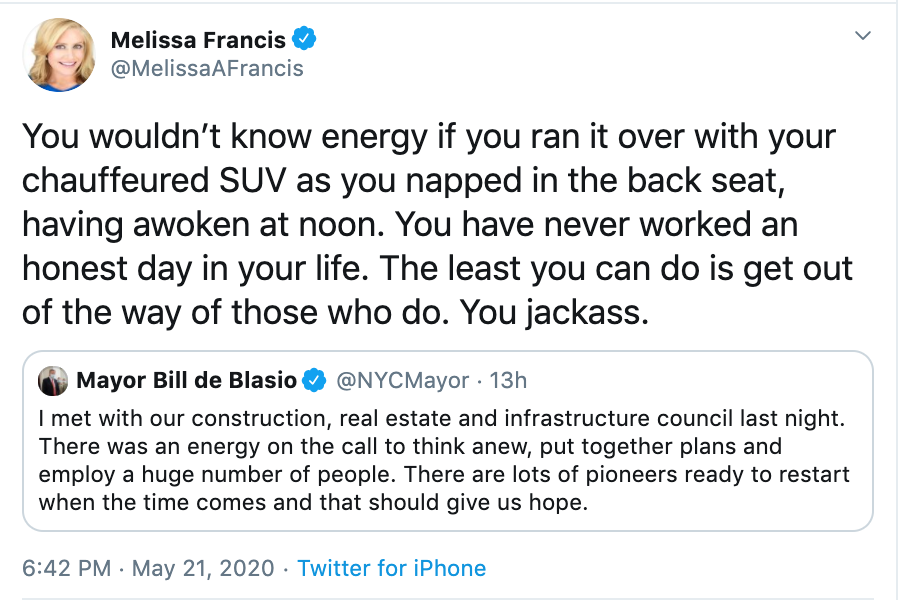 Francis used her teasing of her co-anchor Fox Business’s Connell McShane to take a shot at de Blasio just a couple of hours earlier. McShane tweeted out that President Donald Trump was touring a Ford plant in Michigan while not wearing a mask. Francis asked McShane why he wasn’t wearing a mask, before he responded: “Not at a Ford plant. I just checked with my cat, who is here in the home studio with me, and he says it's not required here.”

She then nuked de Blasio in epic style: “Could you send the cat into Manhattan? No one is in charge here and we could use a rational leader.” 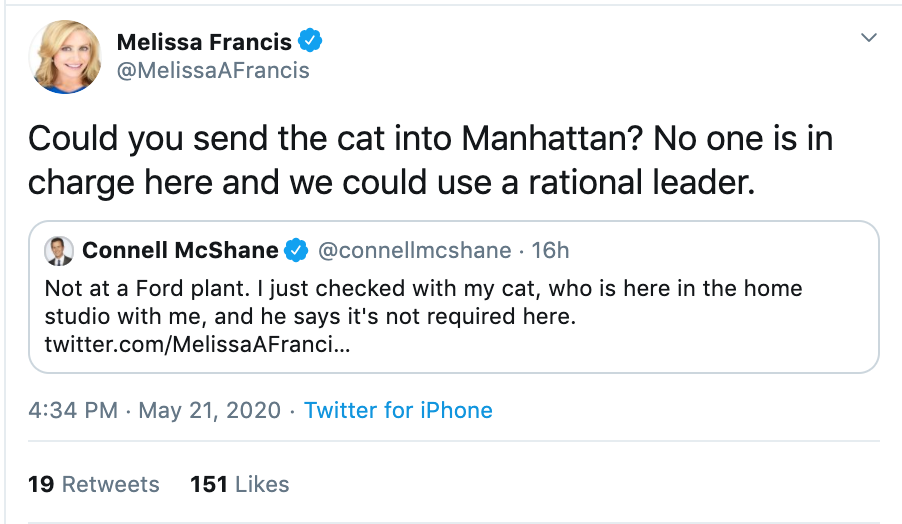 In April, City Journal summarized the lack of preparedness and irresponsibility of New York leaders that led the state to become one of the world’s top virus hot spots:


[D]e Blasio—and New York’s governors—closed hospitals and care centers, turning their sites over to well-connected developers, without replacing capacity or building in redundancy. He signed six bulging budgets that increased spending by tens of billions of dollars, and he lavished money on anything that advanced his political agenda or benefitted his allies.

City Journal continued: “But he [de Blasio] clearly didn’t allocate enough money to buy the necessary staples of emergency preparedness. Now that disaster has arrived at the city’s door, the mayor is blaming everyone but himself.”