FLASHBACK: Maher and Rick Wilson Called for Recession, Hope to Get Rid of Trump 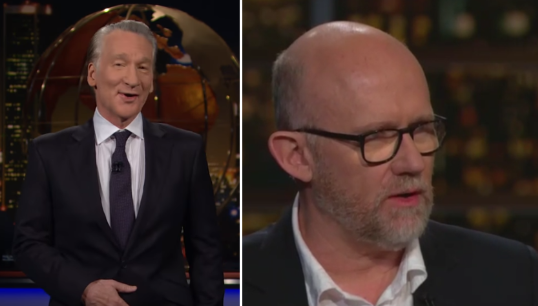 Looks like the liberal blowhard HBO comedian Bill Maher may be getting his wish.

Maher had been begging for a market crash and recession to occur in hopes it would oust President Donald Trump from the White House. In 2018, he sniped, “I feel like the bottom has to fall out at some point, and by the way, I’m hoping for it because I think one way you get rid of Trump is to crash the economy.” Maher continued: “So please, bring on the recession. Sorry if that hurts people, but it’s either root for a recession or you lose your democracy.”

But this was not just an off-the-cuff remark. Maher would go on to reiterate his position just a year later.

Maher and virulent Never-Trumper Rick Wilson both pleaded for a recession as a means to get rid of Trump during an interview on HBO’s Real Time in August 2019.

Maher: “[A] recession would be very worth getting rid of Donald Trump and these kind of policies. … And it would get rid of him. … A recession would definitely knock him out of office.”

Wilson: “[B]ring on the recession if it means that you replace … and I say this as a Republican of the Teddy Roosevelt variety, if you replace a godd*** oil lobbyist who runs the f***ing EPA right now … with a human being.” [Emphasis added.]