Bill Maher Doubles Down on Wish for a Recession 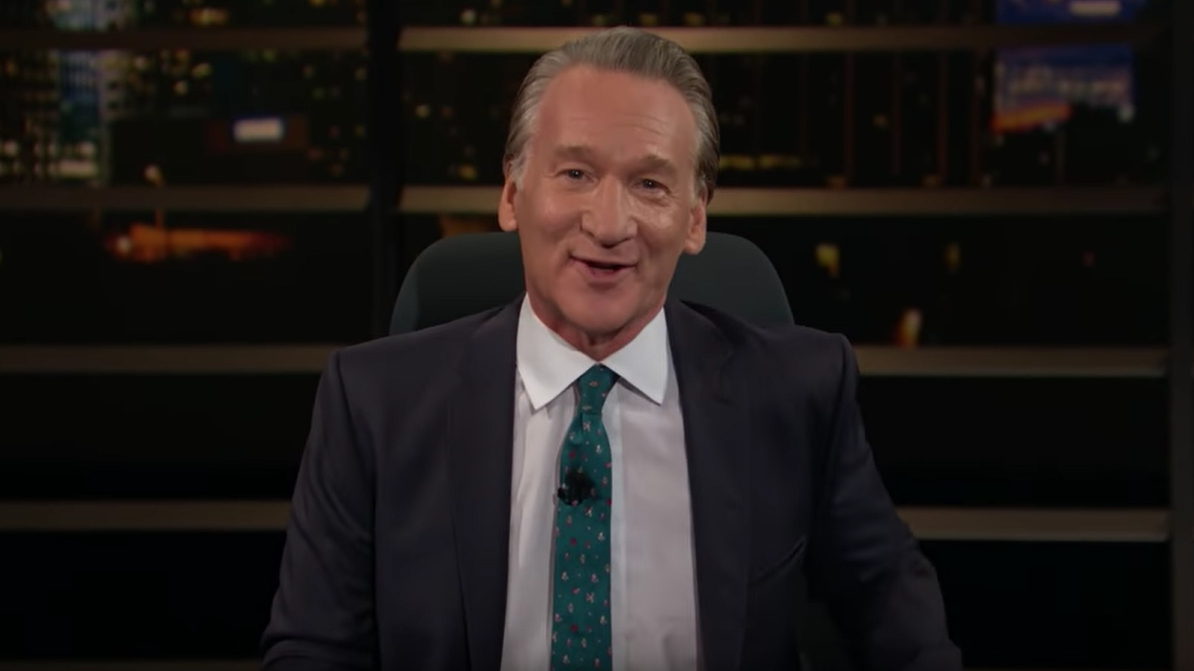 Real Time host Bill Maher doubled down on his desire for a recession Friday night. Maher has expressed his wish for a recession multiple times; hoping that an economic downturn would lead to President Trump losing his bid for a second term in the White House.

Maher first indicated that he was rooting for a recession on June 8 of last year, when he said “I feel like the bottom has to fall out at some point and by the way, I’m hoping for it because I think one way you get rid of Trump is to crash the economy. So please, bring on the recession. Sorry if that hurts people but it’s either root for a recession or you lose your democracy.”

Maher stood by his support for a recession on his show last week, where NBC’s Richard Engel agreed with him that “short term pain might be better than the long-term destruction of the Constitution.”

On Friday, Maher continued to act as a cheerleader for a recession. The HBO host pointed out that “recessions don’t last forever” before asking “you know what lasts forever? Wiping out species and people.” After bringing up a UN report highlighting how “a million species of plants and animals are at risk of extinction,” Maher accused President Trump of doing “what any evil villain would do, he rolled back the protections of the Endangered Species Act.”

After suggesting that “Flint water” would become the norm if President Trump wins a second term, Maher reiterated his point that “a recession would be very worth getting rid of Donald Trump and these kinds of policies.” Trump-hating “Republican” Rick Wilson agreed with Maher: “bring on the recession if it means that you replace...and I say this as a Republican of the Teddy Roosevelt variety, if you replace a godd*** oil lobbyist who runs the f***ing EPA right now…with a human being.” The implication there was that oil lobbyists are subhuman.

Wilson continued his profane rant: “this is just punitive d***ishness by these people...they are just doing this to be a**holes.” At this point, Wilson began mocking Trump supporters by saying that the Trump administration “wants their base to be like ‘we’re taking them regulations away,’” in a heavy southern accent. Wilson had previously demeaned Trump supporters as unsophisticated by mocking them for wearing their “formal flip flops” to a Trump rally in Florida.

For the most part, the panel spent the rest of the conversation trashing the oil and gas industry. As the segment came to a close, Maher mocked President Trump for thinking “the wind is connected to your TV and we had wind power, and if the wind wasn’t blowing, the TV would go off.” With many in the media joining Maher in wishing for a recession this week, it has become clear that the fourth estate would rather see Trump fail than see Americans succeed.

Saturday morning’s @foxandfriends showed how @BillMaher keeps repeatedly hoping for a recession so @realDonaldTrump will lose re-election. He did it again Friday night: “A recession would be very worth getting rid of Donald Trump and these kind of policies.” #RealTime pic.twitter.com/LdUYPcm9eG

BILL MAHER: Okay. So, I’ve been saying for about two years that I hope we have a recession and people get mad at me; Sean Hannity thinks I’m actually causing a recession. I do not have this power but he seems to be wanting to blame it on me like I’m a genie, I can make it happen. I’m just saying, we can survive a recession. We’ve had 47 of them. We’ve had one every time there’s a Republican President.

MAHER: They don’t…they don’t last forever. You know what lasts forever? Wiping out species and people. But this week, the U.N. report came out, more than a million species of plants and animals are at risk of extinction, so Trump, of course, did what any evil villain would do. He rolled back the protections of the Endangered Species Act. This has saved the green sea turtle, the American alligator, the peregrine falcon, bald eagles, grizzly bears, gray wolves, humpback whales, and those are just the animals. There’s now…there’s going to be a new word in the language: Flint water. There’s now Flint water in Newark. So, yes, a recession would be very worth getting rid of Donald Trump and these kind of policies.

MAHER: And it would get rid of him.

MAHER: A recession would definitely knock him out of office.

RICK WILSON: I got to say, the, the…bring on the recession if it means that you replace…and I, and I say this as a Republican of the Teddy Roosevelt variety. If you replace a goddamn oil lobbyist who runs the fucking EPA right now…

WILSON: With a human being…

MAHER: Well, that’s what would happen.

MAHER: That’s what would happen.

WILSON: It’s outrageous and Donald Trump can piss me off 50 times a day, but when I read the…the, the environmental species thing, I’m…this is just punitive dickishness by these people.

WILSON: They’re just doing this to be assholes. They want their base to be like “we’re taking them regulations away,” and so, you know what, I’m from Florida. I…I hunt, I fish, I go outside. I like it…I like the eagles in my backyard, okay?

MAHER: But you’re not killing them?

WILSON: No. I like Florida panthers. I like…I like the…the fact that we have a big, diverse, you know, ecosystem. These guys are just doing this…it is just performative assholery. It is not…

HULSE: I mean, this is…there’s a…a niche there, so this is to me, and you kind of hit on this, this is to me, where the chickens come home to roost if you talk species, on the Trump administration. You know, you can have the chaos every day, outrage, whatever. This is policy. And this is a big change in policy.

HULSE: And this is a rare federal law success story. It’s really had…

HULSE: …great impacts and it hasn’t only saved the grizzly bear, which I’m going to mention in a second, the eagle, I was just in Colorado. People like seeing their eagles fly around.

HULSE: And they wouldn’t be there but this has taught people to think differently about species, and to roll this back, and Republicans, though, have always looked at this as a weight on the economy. And on…

MAHER: But no person was clamoring for it, no voter…

MAHER: …you know, only the people with the money.

HULSE: …popular thing in a…

HULSE: …daughter of the ex-Vice President and Representative now from Wyoming; a member of the…

HULSE: …House leadership. She had a great comment the other day. She lost the…there was a suit that native tribes and some lawyers brought to get…to stop the delisting of the grizzly bear outside Yellowstone. And she…and she’s very angry about this, and she said that the selfish natives out there were destroying our western way of life, without the irony. You know, like, wait a second.

BETSY WOODRUFF: I can tell you Donald Trump literally thinks that enforcing the Endangered Species Act is a joke. In private conversations, he’ll say things like, “oh, they couldn’t drill because there was a frog. And the environmentalists were mad about the frog.”

WOODRUFF: Or he’ll say, “oh, there was a puddle, and something might have grown in it.” Like, he doesn’t…he, he thinks it’s funny that people take this thing seriously.

MAHER: He thinks the wind is connected to your TV, that if…if we had wind power, and if the wind wasn’t blowing, the TV would go off. I…I don’t know…

WOODRUFF: Rachel Carson, he is not.

WILSON: I’m old enough to remember when…when it was a terrible thing to pick winners and losers in the economy.