Bloomberg Is Now ‘Highest Spending Presidential Candidate of All Time’

Liberal billionaire 2020 presidential candidate Michael Bloomberg is willing to spend $2 billion to defeat President Donald Trump, and he continues to put his money where his mouth is. 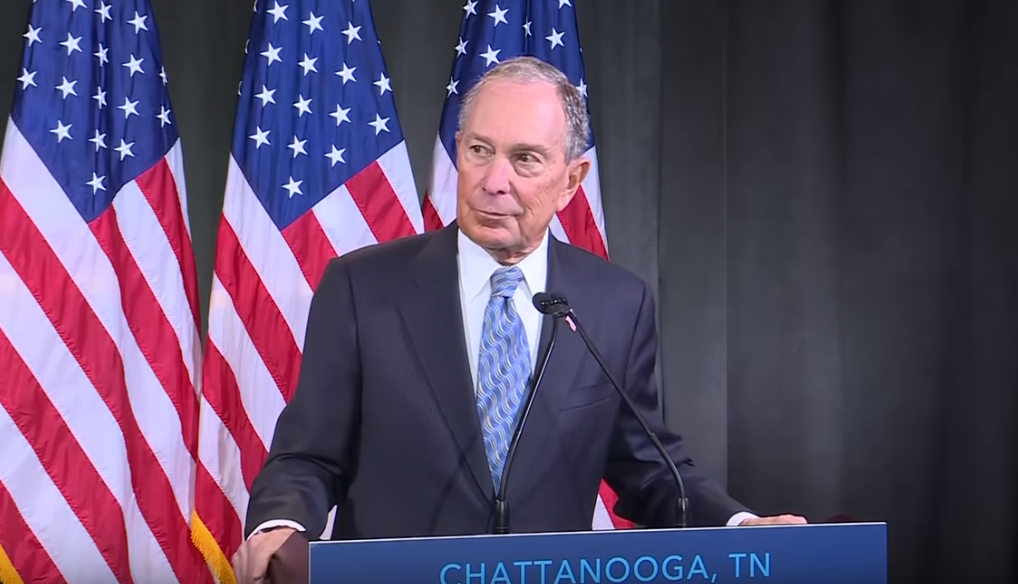 Advertising Analytics, which provides information on advertising spending, said in a tweet that “@MikeBloomberg is the highest spending presidential candidate of all time.” Bloomberg has apparently spent a jaw-dropping “$338.7M on traditional media, surpassing @BarackObama's 2012 record of $338.3M,” Advertising Analytics said Feb. 18.

The billionaire has poured an unheard of $401 million into his personal campaign within just the first three months of his bid. All of it came from his own wallet. He spent over $180 million in the first month alone.

In addition, the billionaire owner of Bloomberg News is currently the second-highest contributor to outside spending groups. Bloomberg contributed $15,059,000, all of which went to liberals. 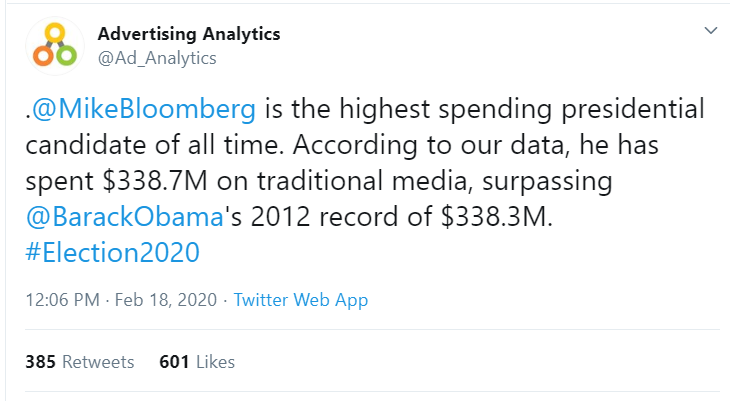 From attempting to buy massive influence in Big Tech, to paying big cash for meme-makers to promote his campaign on Instagram and to spending more than $1 million a day on average on Facebook ads within a two-week period, Bloomberg appears set on attempting to buy his way into the White House.