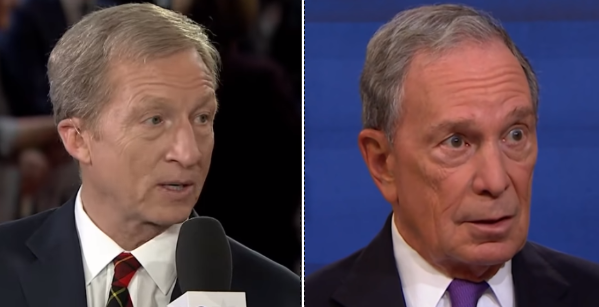 The outlet used its reporting (citing “three Republican fundraisers familiar with Adelson’s initial plans”) to suggest later that “The president’s courting of the Adelsons contradicts his claims in 2016, when Trump donned a populist mantle and pledged to ‘drain the swamp’ of big money and lobbying.”

So why is The Guardian in its piece focusing on money that has been allegedly promised, while ignoring millions that have already been spent? 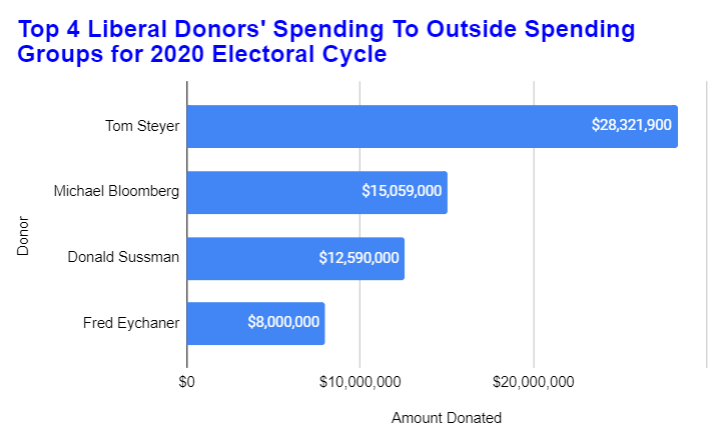 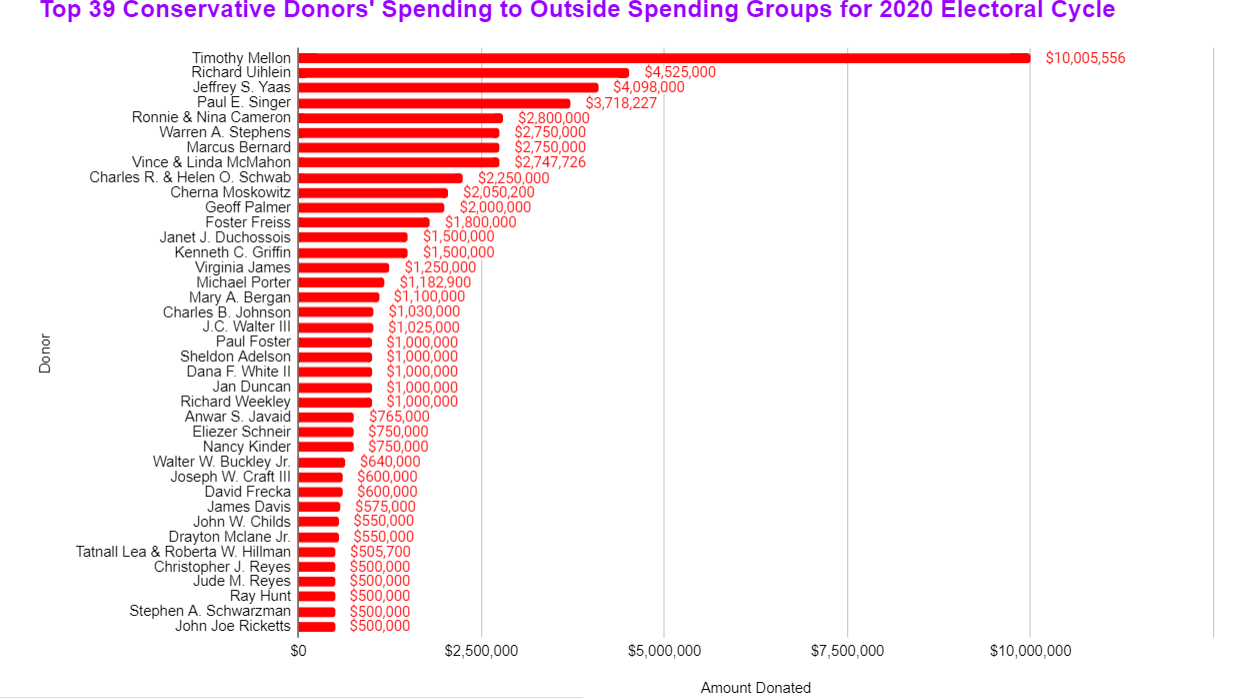 Steyer, a 2020 Democratic presidential candidate and media-dubbed “patrician populist” still managed to beat every top donor listed by Open Secrets so far this cycle. The billionaire contributed a whopping $28,321,900 between Need to Impeach and NextGen Climate Action, two left-wing groups he founded, the first of which he used to push Congress to impeach Trump.

Liberal billionaire owner of Bloomberg News, Michael Bloomberg, contributed $15,059,000 to outside spending groups this cycle, aside from the $200-plus million he funneled into his personal presidential campaign.

Hillary Clinton supporter Fred Eychaner contributed $4,000,000 each to the left-wing House Majority PAC and Senate Majority PAC. Eychaner is the chairman of Newsweb Corp, which “owns radio stations and a printing press that produces alternative, college and ethnic newspapers,” according to The Los Angeles Times. “He [Eychaner] has been one of the top donors in the country to Democratic campaigns, gay rights groups and arts organizations.”