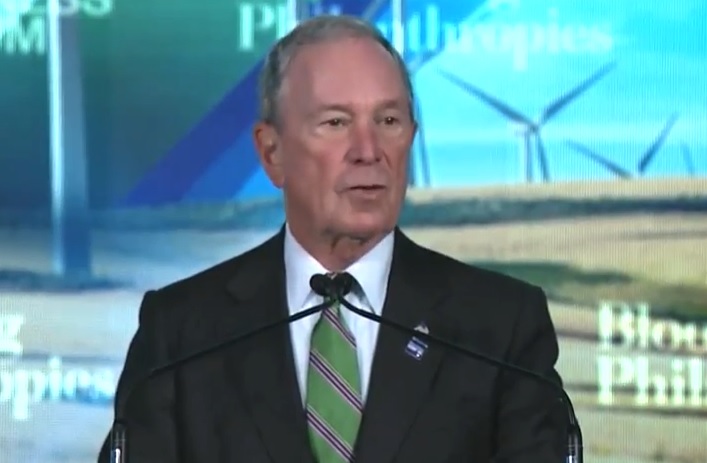 Billions of dollars are being spent on both sides to influence the outcome of the 2018 midterm elections — much of it from major media figures.

The day before the election, the Los Angeles Times (LAT) profiled the 12 biggest spenders trying to “determine control of Congress” based on trackable political donations to candidates, committees and outside groups. Giving to nonprofits or 501(c)4s were not included in the analysis.

The list included donors on both sides, and four billionaires or multi-millionaires who own media outlets (or an empire in the case of Michael Bloomberg).

Ranked at the top by that measure were Sheldon and Miriam Adelson who the paper labeled as “ultra-conservative,” are “Republican super-donors” who spent $113 million on the 2018 elections. LAT noted that Adelson purchased the Las Vegas Review-Journal in 2015.

However, owning a city paper is small potatoes compared to the media empire of the second-highest donor on the LAT list: Michael Bloomberg, who is widely considered a likely 2020 Democratic presidential contender.

The former mayor of New York “made his fortune through his namesake media company,” and has spent $61.3 million so far. But he’s promised to spent $100 million on this election cycle, and even dropped $5 million in a last-minute buy of anti-Trump ads in the final days before the election.

Bloomberg L.P. includes his global technology company as well as the media empire, which the website claims includes 5,000 stories a day in more than 120 countries. The media company often promotes the same liberal attitudes as Bloomberg himself, especially on climate change and gun control. Bloomberg also promotes gun control through Everytown for Gun Safety, a group he co-chairs and promised to spend $50 million on.

Hillary Clinton supporter Fred Eychaner ranked ninth on the list with $12.2 million in spending for the 2018 midterms. A multimillionaire, Eychaner is the chairman of Newsweb Corp, which “owns radio stations and a printing press that produces alternative, college and ethnic newspapers.”

Washington Post owner Jeff Bezos and his wife MacKenzie ranked 11th with $10.2 million in giving. Nearly all of it went to a nonpartisan fund to help elect military veterans regardless of political party. While their giving may be nonpartisan, the Post leans heavily left. Shortly after Donald Trump assumed the office of president in 2017, the Post introduced a new slogan: “Democracy Dies in Darkness.”

More recently the paper’s book critic compared Trump voters to “cancer cells,” the paper editorialized that Trump was “complicit” in the destruction that would be inflicted by Hurricane Florence, and a Post political reporter argued “The American people aren’t interested in” the Trump administration's “substantive accomplishments.”