Consumer confidence is the highest its been in nearly 20 years. And yet, a recent MRC analysis showed that liberal media networks only gave President Donald Trump’s economy less than one percent coverage on their evening newscasts over a period of 100 days. 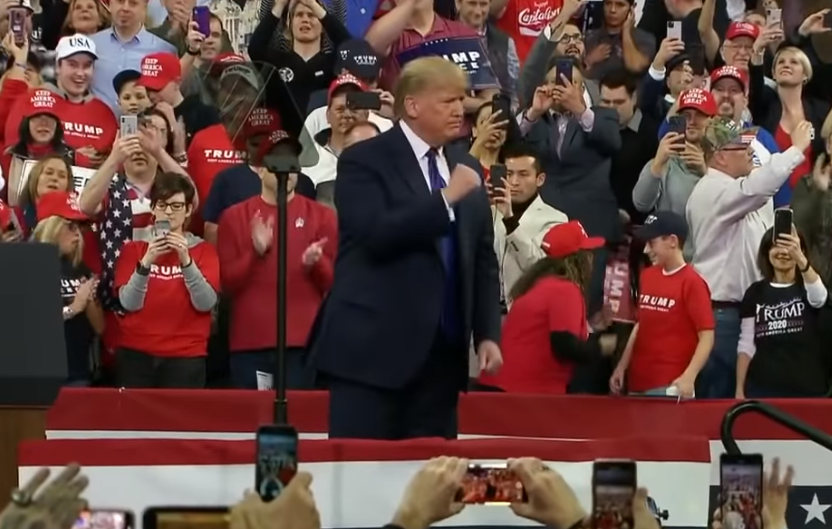 Bloomberg News reported Jan. 16 that “U.S. consumer confidence advanced last week to the highest level in more than 19 years” [emphasis added]. Also, The Wall Street Journal reported on Jan. 14 that “A healthy U.S. economy pushed up profits at America’s biggest banks, allowing them to grow even though falling interest rates made lending less profitable.” JPMorgan Chase and Citigroup were propelled to double-digit earnings growth in the final three months of 2019. “JPMorgan, the biggest U.S. bank by assets, reported its most profitable year on record,” [emphasis added] according to The Journal.

Most profitable year on record? That’s quite an assessment considering we were headed for economic doom, if you listened to the liberal media brouhaha about a recession in recent months.

It appears Piepzak may have been on to something. Bloomberg News attributed its reporting on astronomical consumer confidence levels to “increased optimism about the economy, personal finances and the buying climate” [emphasis added].

“Bloomberg’s index of consumer comfort rose to 66 in the week ended Jan. 12, the best reading since October 2000, from 65.1, according to a report Thursday. The gain was the eighth in the last nine weeks. A measure of Americans’ views of the economy climbed to the highest since early 2001” [emphasis added].

“Both JPMorgan and Citigroup boosted revenues from nonlending operations by more than 20% in the quarter," The Journal noted.

The Journal noted that the U.S. consumer is driving much of the gains. Specifically, “Banks’ credit-card businesses, in particular, were a bright spot. JPMorgan and Citigroup reported a rise in credit-card spending and loan balances in the fourth quarter, a period that encompassed one of the strongest holiday shopping seasons in years” [emphasis added].

“‘The consumer is in very good strength...Their wage growth is up. Their home values are up. And the amount of the income they have that goes to servicing interest expense is as low as it’s been in 50 years’” [emphasis added].

What is boosting this optimism? Bloomberg News had some thoughts: “A resilient labor market and income gains fueled in part by record stock prices are driving optimism about the economy.”

The comfort gauge of personal finances also shot to its “highest level” since mid-September. The gauge was boosted by the “bull market in stocks” and “moderate wage gains” while the jobless rate remains at a 50-year low, Bloomberg News noted.

With this latest bit of positive economic news, perhaps now ABC, CBS and NBC will provide more than one percent of their on-air evening coverage to Trump’s arguably “recession-proof” economy. But don’t count on it.