The liberal media can pipe down now that President Donald Trump’s formidable economy is crushing it following his speech concerning the U.S.-Iran conflict Jan. 8. 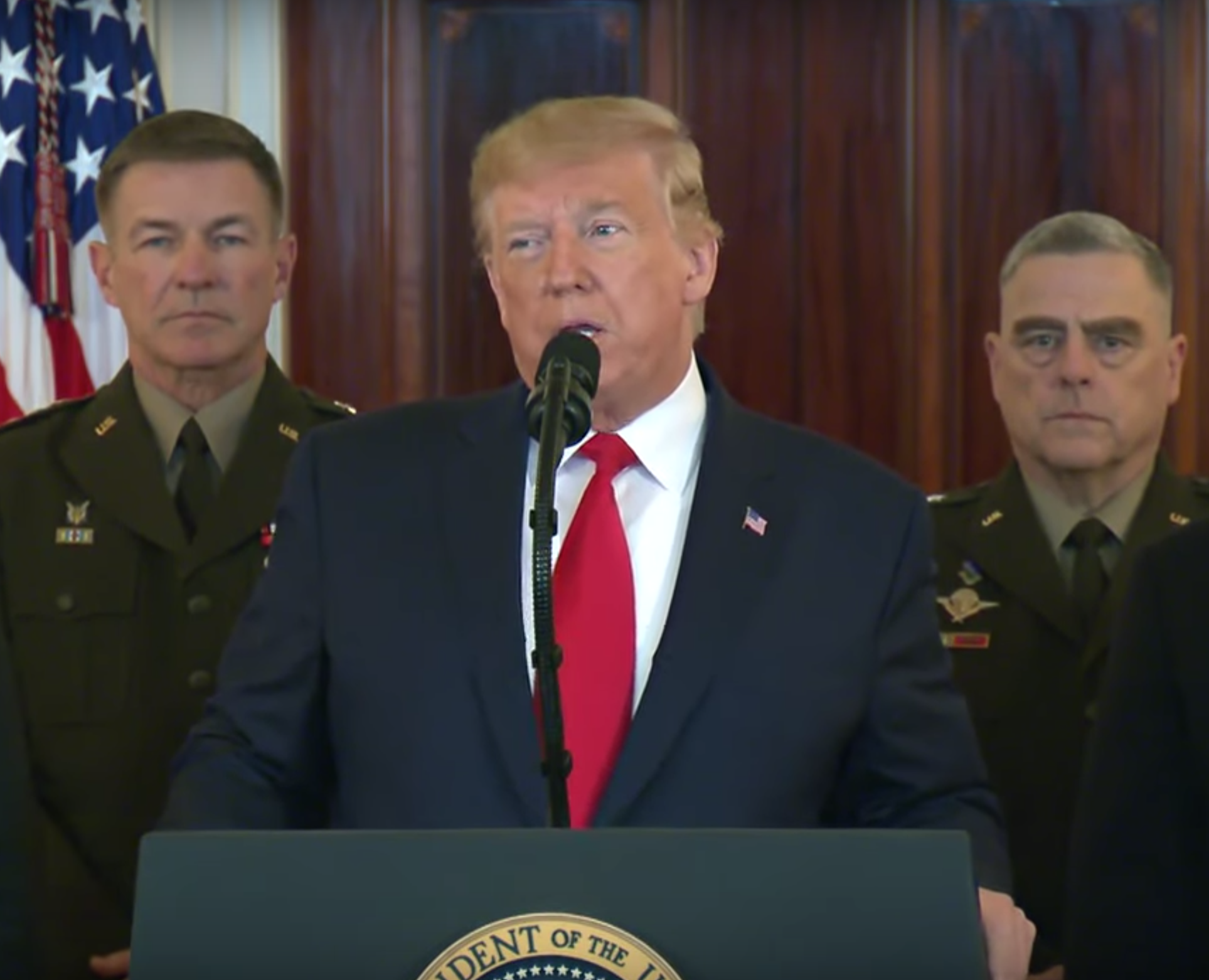 CNBC reported Jan. 8 that “Stocks rose on Wednesday after President Donald Trump spoke about an attack by Iran at an Iraqi airbase that hosts American troops, which led to a massive sell-off in overnight trading.” The Dow Jones Industrial Average gained 213 points (0.8 percent), The Nasdaq increased 0.7 percent to an all-time high, and the S&P 500 increased 0.7 percent to hit a record high. This came after Trump stated that Iran“‘appears to be ‘standing down’” after their attacks on the Ain al-Asad airbase overnight, according to CNBC.

“The president’s comments pressured safe havens such as gold as investors flocked back into riskier assets. Gold futures for February delivery dropped 0.9% to $1,560 per ounce. Overnight, the precious metal jumped to its highest level in about seven years” [emphasis added].

CNBC attributed this outcome to history, as “previous U.S.-Iran crises have seldom led to a prolonged market downturn.”

These latest numbers are a testament to the growing strength of the American economy under Trump, even in the face of potential military conflict and negative media predictions.

Recently, The Wall Street Journal reported Jan. 1, in a piece headlined “The Bull Market is Charging into 2020,” that stocks across the globe “closed out one of their best years over the past decade, defying money managers who began 2019 expecting the bull market to be upended by threats from the U.S.-China trade fight and a slowdown in growth.” Stock indexes in the U.S., as well as Brazil and Germany, were up more than 20 percent in 2019.

The Journal noted that unlike prior runs of this sort, “few see the rally ending soon.” And CNBC reported Dec. 31, 2019 that “Goldman Sachs is saying the economy is nearly recession-proof” [emphasis added].

CNN even admitted in a report on Dec. 20, 2019, that as the year 2019 closed, “the US economy earn[ed] its highest ratings in almost two decades” [emphasis added]. This, according to CNN, potentially boosts “President Donald Trump in matchups against the Democrats vying to face him in next year's election, according to a new CNN poll conducted by SSRS.”

Liberal outlet Bloomberg News tweeted Nov. 17, 2019, that “The stock market seems to like Donald Trump more than any president since the 1950s,” and proceeded to place the president in fourth place behind former presidents Franklin Delano Roosevelt, Harry Truman and Dwight Eisenhower.