Washington Post economic editorial writer Charles Lane called out proponents of socialism citing Nordic countries as a “model” for the kind of socialism they want to see replicated by America.

Because, while they are “success stories,” they aren’t really the socialist utopias claimed by liberal presidential candidates like Sen. Bernie Sanders (I-VT). Democratic socialist Rep. Alexandria Ocasio-Cortez (D-NY) has also claimed her policies “resemble” these countries.

On June 24, Lane ridiculed attempts to base models of socialism on “the thriving nations of northern Europe” rather than the catastrophic failures of the Soviet Union and Venezuela. 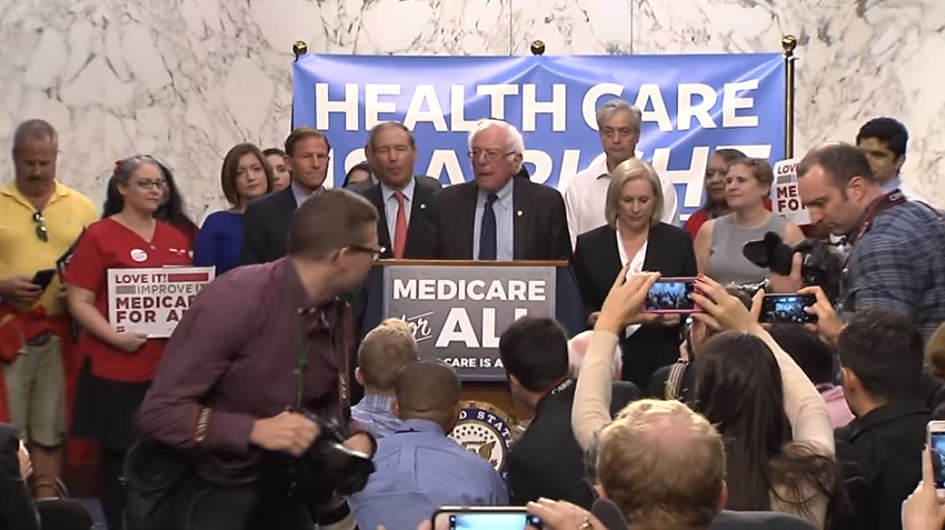 “What this has to do with socialism though, is another question. And the answer, according to a highly clarifying new report from analysts at JPMorgan Chase is, ‘not much,’” Lane explained.

Danish Prime Minister Lars Løkke Rasmussen has said before that his country is not socialist. “I would like to make one thing clear,” he said in 2015, according to The Local — a Danish news outlet. “Denmark is far from a socialist planned economy. Denmark is a market economy.”

That new JPMorgan Chase report compared the business climates between the Nordic nations (Sweden, Denmark, Finland, Norway and the Netherlands) and the U.S. using information from the World Bank, OECD and other sources.

It concluded, “Copy the Nordic model if you like, but understand that it entails a lot of capitalism and pro-business policies, a lot of taxation on middle class spending and wages, minimal reliance on corporate taxation and plenty of co-pays and deductibles in its healthcare system.”

JPMorgan Chase found that, on average, the Nordic nations were even more business-friendly than the U.S., allowed for “greater consolidation in banking,” and felt a smaller adverse impact from government regulations on competition. Private property protections, an element absent under socialism, also ranked higher than even the U.S.

In contrast, the U.S. scored higher on competition among firms and “overseeing management misuse of corporate assets.” The report further disputed the idea of a Nordic “democratic socialist model” by mentioning how state control over those nations’ economies was similar to that of the U.S.

On taxation, JPMorgan Chase found Nordic nations “highly reliant on taxing lower and middle class spending and wages.” That is bound to be less politically popular than the “tax the rich” plans liberals love to call for.

In response to Democratic socialist Sen. Bernie Sanders’ plan to raise taxes on “the top 1 percent of earners,” Lane noted that the countries “have zero estate tax.” Instead, they use “value-added taxes that heavily affect middle-class consumers” to pay for those “generous programs.”

Lane also took aim at Sen. Elizabeth Warren’s (D-MA) wealth tax proposal by noting that the Nordic countries tried them and then, all except Norway, got rid of them after "widespread implementation problems."

Citing Sweden as an example, JPMorgan Chase found that its taxes on consumption, social security, and payroll “total 27 percent of gross domestic product,” compared to the far lower “10.6 percent” in the U.S.

Lane’s Post column even pointed out that Sanders’ Medicare-for-all plan, which he claimed would bring the U.S. “into line with European standards,” is a much bigger giveaway than in Europe. Its “all-encompassing, government-funded zero-co-pay, zero-deductible suite of benefits” and more is so extreme — “no Nordic nation” offers such a plan.

“These countries are generous; but they’re not stupid,” Lane wrote. “They understand there is no such thing as ‘free’ health care.”

As for Sanders’ desire to “join the rest of the industrialized world and guarantee health care to all, including the undocumented,” Lane provided the harsh reality check that Nordic countries don’t enroll their undocumented immigrants “on equal terms” as citizens or legal residents.