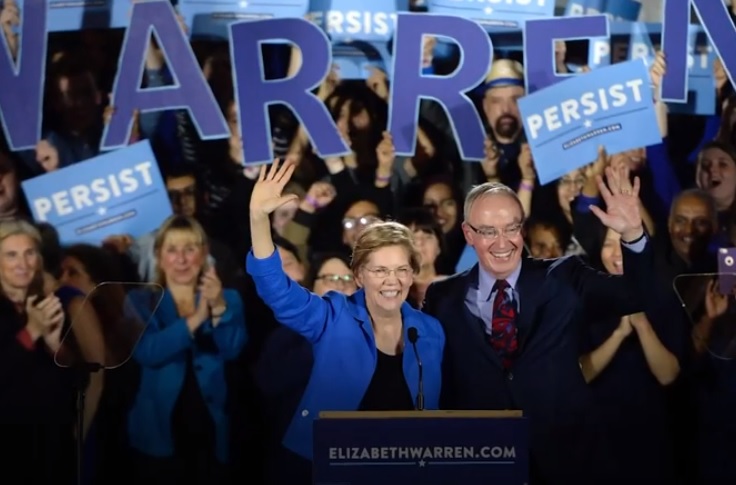 Multimedia journalists beware, if you create a video about a candidate’s proposal without any opposing perspectives, that’s not news and your video will look like blatant advertising.

That’s exactly what CNBC’s video about Sen. Elizabeth Warren (D-MA) and her student loan plan looked like on June 14. It described Warren’s plan in detail, but only her details beginning with her words and citing others on her side.

The one-sided video might as well have been an advertisement for Warren’s campaign. It began with Warren saying, “Today, it’s virtually impossible for a young person to find a high quality education at an affordable price.”

The video took Warren’s word for what the plan would accomplish, had zero criticism of the plan or the wealth tax she wants to use to pay for it. CNBC even sided with her, lamenting that student loan debt was a “growing problem for younger generations” amid rising education costs. It didn’t include the perspective that the government’s subsidization of higher education through federal student loans has driven up college costs.

To top it all off, CNBC cited the left-wing think tank Demos’s projections that outstanding student loan debt would reach “$2 trillion by 2022.” No conservatives were cited.

The same day, CNBC.com reporter Annie Nova also wrote about Warren’s plan to cancel up to $50,000 in student loan debt for 42 million Americans. Warren claims she’d pay for this massive debt forgiveness with a 2% wealth tax on individuals worth more than $50 million (and higher for billionaires) — a controversial idea some tax experts said would be unconstitutional. Many others argue it would be a bureaucratic nightmare to tax assets in this way.

Nova said Warren wasn’t “waiting for the election” to offer her proposal and cited a favorable poll conducted by Politico and Morning Consult suggesting that 56% of 1990 registered voters supported Warren’s plan to forgive “$640 billion in outstanding education loans.” Acknowledgment that 27 percent of those surveyed opposed Warren’s plan was the only opposition mentioned in Nova’s story.