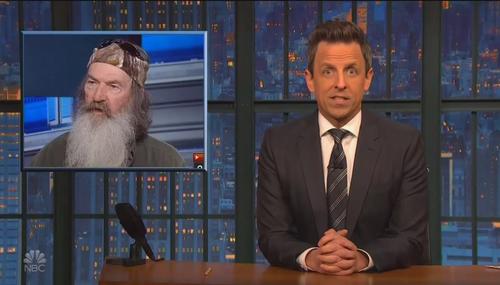 Tim Graham
February 9th, 2019 12:18 PM
NBC Late Night host Seth Meyers devoted one of his "A Closer Look" sermons to touting "Medicare For All" and mocking President Trump and Duck Dynasty patriarch Phil Robertson for opposing socialism. Meyers warned "Scare mongering about socialism might have worked a few years ago, but it's lost its punch now that Republicans have used it over, and… 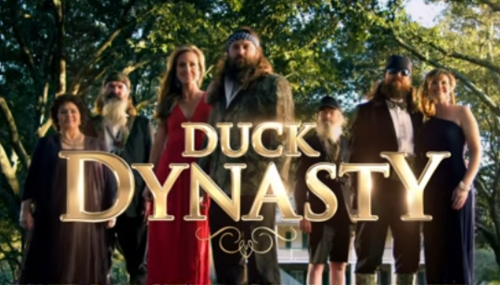 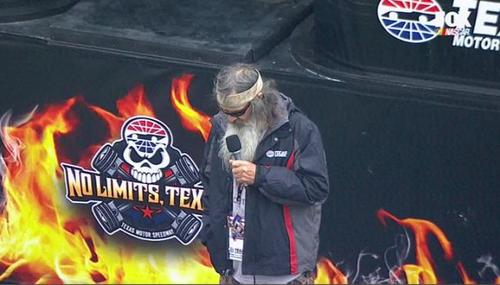 Culture
Dylan Gwinn
April 10th, 2016 7:56 PM
Because someone using the 1st Amendment to pay tribute to God and the U.S. military, while openly advocating for a true Christian to ascend to the White House, is apparently terrifying, Deadspin lost their collective excrement mind and launched into what amounts to a hissy fit in response to Phil Robertson giving the invocation at a NASCAR race in Texas. 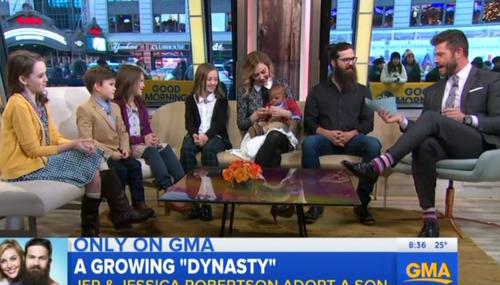 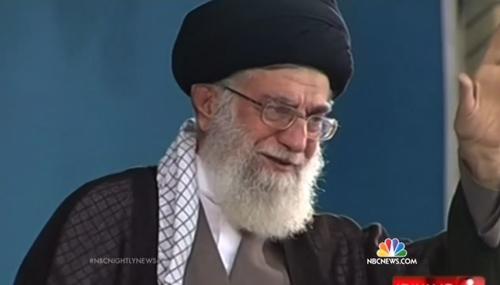 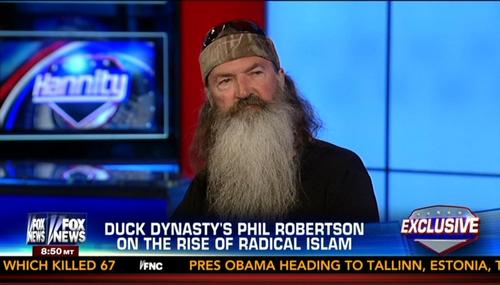 Kristine Marsh
September 3rd, 2014 1:59 PM
Although Phil Robertson had already dodged a bullet Tuesday morning by giving a clever answer to ABC reporter Ryan Owens, who asked Phil Robertson if “he was a homophobe,” Robertson still wasn’t out of hot water. The famous patriarch of A&E’s “Duck Dynasty” and outspoken Christian conservative is a frequent media target. Predictably, media… 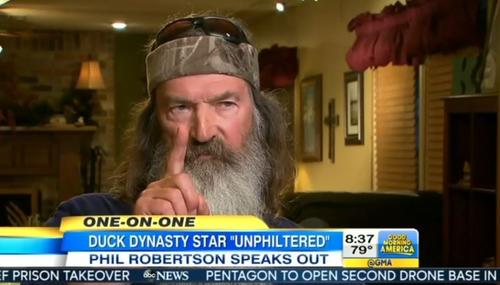 ABC to Phil Robertson: 'Would You Consider Yourself a Homophobe 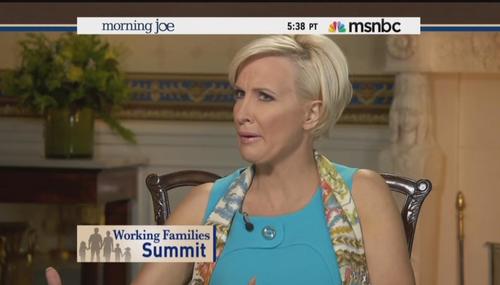 Tim Graham
June 23rd, 2014 11:20 AM
Christian Toto at Big Hollywood reported that Duck Dynasty star Phil Robertson spoke at a “Rock the South” festival in Cullman, Alabama that also featured Lynyrd Skynrd and The Charlie Daniels Band. Robertson’s company recently sold its one-millionth duck call, and Robertson and his son Alan told the crowd they were thankful. Robertson founded the company out of his love… 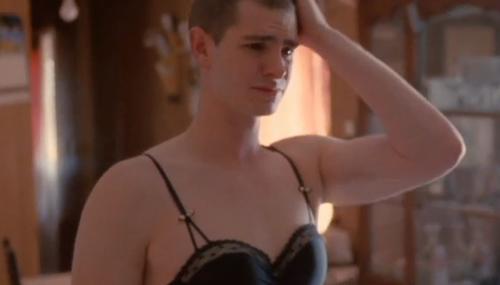 Tom Johnson
May 30th, 2014 10:43 PM
Talking Points Memo editor and publisher Josh Marshall contended Thursday that there's been a "relatively consistent pattern" of conservatives lionizing those who "hat[e] or insult...some historically or currently discriminated against group." Some of these newly minted right-wing heroes, Marshall argued, lead with their bigotry; others gain fame for "being kind of… 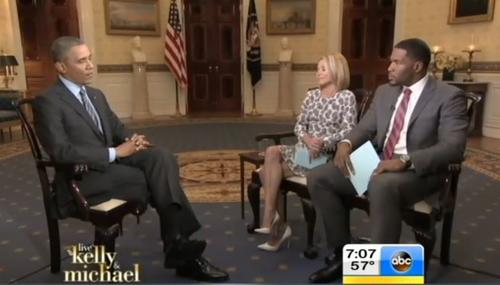 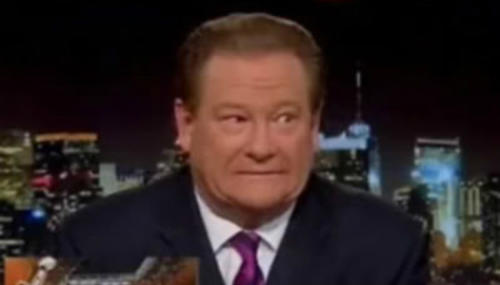 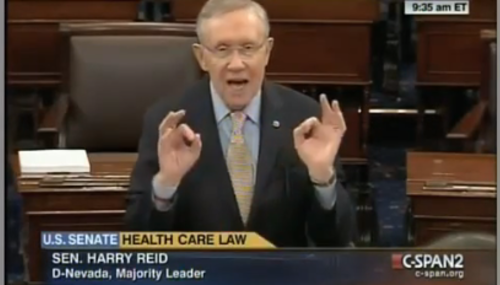 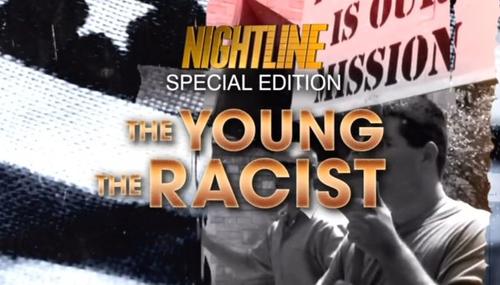 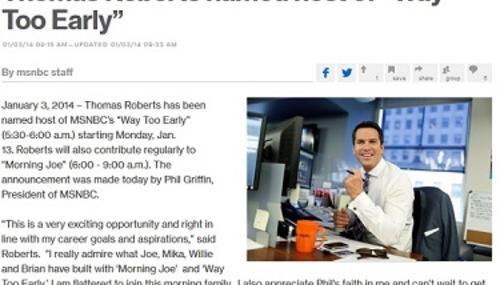