On Wednesday night, ABC was the lone network to omit from their coverage of the Iran deal rally that Iranian Supreme Leader Ayatollah Khamenei offered a new rant hours earlier in which he promised the country will not cooperate with the U.S. on any other issue beyond the deal in addition to predicting that Israel would not exist in 25 years.

Instead, chief White House correspondent Jonathan Karl reported on ABC’s World News Tonight that Hillary Clinton took “the toughest of tough lines if Iran violates the deal” when she gave a speech at the Brookings Institute in support of the President’s plan.

Karl also went up to Trump at the rally and boasted to him that Clinton gave a “big speech” and “was really talking tough on Iran.” In a series of short and edited clips, Trump responded by telling Karl that: “She is trying to get the focus off her because she is a disaster. Honestly, Jonathan, if she doesn't, she is in big trouble I don't see how she goes to the starting gate.”

Over on NBC Nightly News, that Ayatollah fetched a minuscule mention in chief foreign affairs correspondent and MSNBC host Andrea Mitchell’s segment on the rally and Clinton’s speech.

As for the rally, Mitchell told viewers that “[t]he tea party rally had a little bit of everything” with “[p]residential candidates” in Cruz and Trump followed by “conservative icons” in the form of Sarah Palin. Mitchell was the sole network reporter to include the fact that “even Phil Robertson of Duck Dynasty” even made an appearance at the Tea Party Patriots-organized event.

The CBS Evening News chose to lead with the rally and the larger topic on Wednesday with chief White House correspondent Major Garrett pushing Trump on what he would do to alter the deal before properly highlighting the Ayatollah’s latest disparaging comments: “Giving new ammunition to the deal’s opponents, new comments from Iran's supreme leader that the country will not cooperate with the U.S. on any other issue and that Israel will not exist in 25 years.”

Describing the deal as “a legacy item for President Obama to be sure,” Garrett noted that “it will be up to the next president to implement many of its details.”

In his final sentence, Garrett struck an skeptical tone on the deal by admitting that “[t]here are already warning signs” on the heels of news that “[t]he United Nations nuclear watchdog agency says Iran has provided incomplete answers about its past pursuit of a nuclear weapon.”

The relevant portions of the transcript from the CBS Evening News on September 9 can be found below. 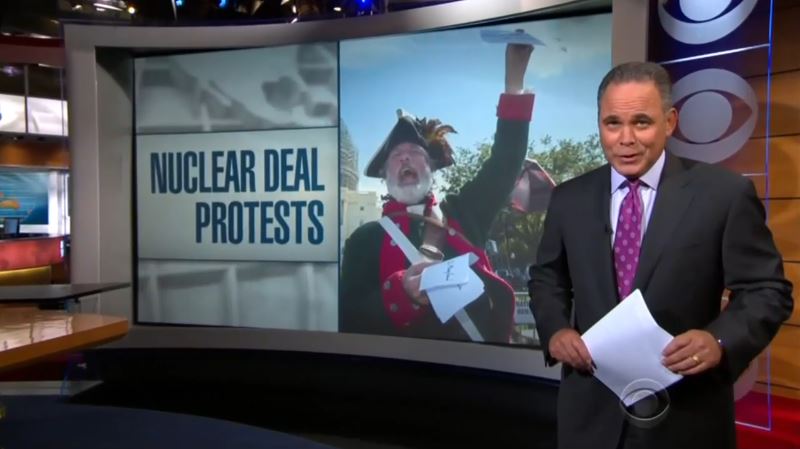 JIM AXELROD: It was quite a scene at the U.S. Capitol today. As the Senate opened debate on the Iran nuclear deal, opponents rallied outside. Most prominently, Republican presidential front-runner Donald Trump. He called both the deal and the Americans who negotiated it “incompetent.” Major Garrett tells us Trump vowed things will be different if he's elected.

MAJOR GARRETT: Trump called the deal a disgrace. [TO TRUMP] What will you demand in the deal that isn't there now if you are elected president?

TRUMP: You watch. You've going to have to watch. I don’t talk. Let me tell you.

GARRETT [TO TRUMP]: Can't you tell these people?

TRUMP: I don’t talk. I don’t care. I don't want to say things that the other side is going to learn everything about me. Do you understand that? That's part of the problem. Everything is talk in this country. They talk and talk and they say this is what they're – I don't want to say eye will tell you, that deal will be totally renegotiated or worse, or worse.

GARRETT [TO TRUMP]: Or worse for who?

TRUMP: We will – for Iran, not for us, believe me, for Iran. They have suckered us. They have taken advantage of stupid people, stupid representatives, people that are incompetent, whether it's Kerry or our President.

GARRETT: Texas Senator Ted Cruz, also running if are the GOP nomination, was Trump's warm-up act. Cruz said even though congressional Republicans do not have support sufficient to block the agreement, GOP leaders should postpone a vote because they have not seen all the fine print. [TO CRUZ] Won't it be the same result? Democrats are not going to move off the support of their deal.

GARRETT: Giving new ammunition to the deal’s opponents, new comments from Iran's supreme leader that the country will not cooperate with the U.S. on any other issue and that Israel will not exist in 25 years. Democrat Hillary Clinton repeated her support for the nuclear agreement today, but added this warning to Iran about noncompliance: 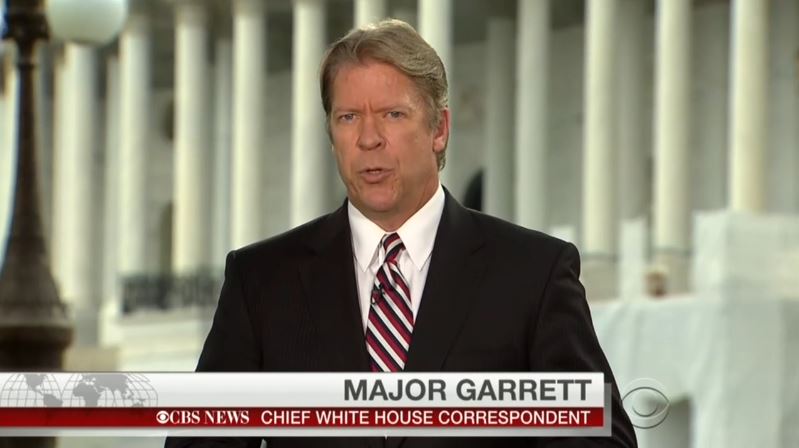 HILLARY CLINTON: I will not hesitate to take military action if Iran attempts to obtain a nuclear weapon.

GARRTT: The nuclear deal is a legacy item for President Obama to be sure, but it will be up to the next president to implement many of its details and, Jim, there are already warning signs. The United Nations nuclear watchdog agency says Iran has provided incomplete answers about its past pursuit of a nuclear weapon.