Because someone using the 1st Amendment to pay tribute to God and the U.S. military, while openly advocating for a true Christian to ascend to the White House, is apparently terrifying, Deadspin lost their collective excrement mind and launched into what amounts to a hissy fit in response to Phil Robertson giving the invocation at a NASCAR race in Texas.

The invocation can be viewed here.

In a piece titled, “NASCAR Invocation Features Prayer To Elect A Republican President," Deadspin let fly with a heaping helping of silly: 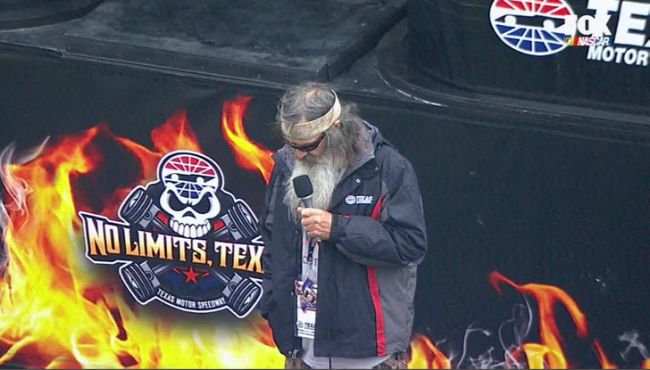 “Unapologetic bigot Phil Robertson delivered the invocation before tonight’s NASCAR race in Texas, and it didn’t disappoint—if you were looking forward to the duck call industrialist to pray for “A Jesus man” to be elected president in November.

That automatically excluded Hillary Clinton (who is not a man) and Bernie Sanders (who is not Christian) from consideration. (Robertson has endorsed Ted Cruz; NASCAR is pretty solidly pro-Trump.)”

Well, if the left would like to nominate someone who is a serious Christian and not openly hostile to the Faith, the U.S. military, and the founding documents of this country, then I’m sure Phil Robertson would entertain praying for them to get elected.

But the Party of Jefferson continues to look, sound, and act more and more like the Party of Alinsky, while posing for pics under the ever watchful eye of leftist terrorists like this guy: 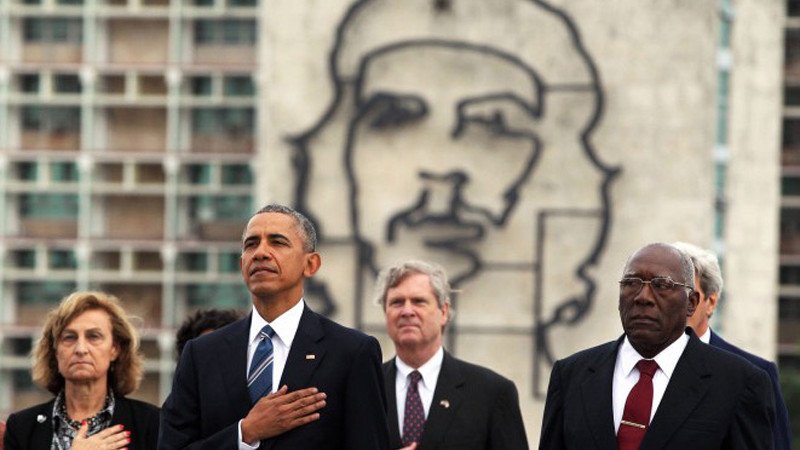 Maybe Deadspin shouldn’t be so shocked when Christian Americans who love their country decide to cast their vote elsewhere. Not only that, if you follow the link (the hyperlink, above, which refers to Phil Robertson as an “Unapologetic Bigot”) it goes back to a previous Deadspin article, where the author, Drew Magary, actually said he likes Phil Robertson and called him “a decent fellow.”

Yes, Magary clearly stated he didn’t agree with Robertson’s politics. But he also described Robertson’s views on homosexuality as “hate the sin, love the sinner.” Which, sounds to me like agreeing to disagree while not becoming disagreeable or hateful.

Is that “unapologetic bigotry?” If so, the whole of humanity could be classified as such. Bigotry is intolerance of other people’s views and opinions. Clearly, if you still love the person, then by definition you’re not intolerant and by definition cannot be a bigot.

But, of course, not all of the article’s critics were political, and/or substantive (always a relative thing when dealing with Deadspin). Some of them were just downright childish. Like this shot (it’s the second of the two videos in the article) they took at William Robertson, the biracial adopted grandson of Phil Robertson. You know, because every bigot has a biracial adopted grandson.