On Wednesday, an early Associated Press report following the confirmations of two of Donald Trump's cabinet nominees employed extraordinarily strident and bitter language, portraying Republican Senate Committee which approved those nominations as de facto bullies who were "unilaterally" imposing their will.

An evening revision updating that afternoon report expanded that portrayal to include Trump's Supreme Court nomination of Neil Gorsuch. Naturally, there's no indication that the previous Democratic Senate under Majority Leader Harry Reid employed the same "nuclear option" tactic when his party was had control.

John Hinderaker at Powerline caught an initial example of what he fairly described as "idiotic reporting" Wednesday afternoon, excerpting the following two paragraphs from the dispatch which was present at the time at the AP's "Big Story" site (bolds are mine throughout this post): 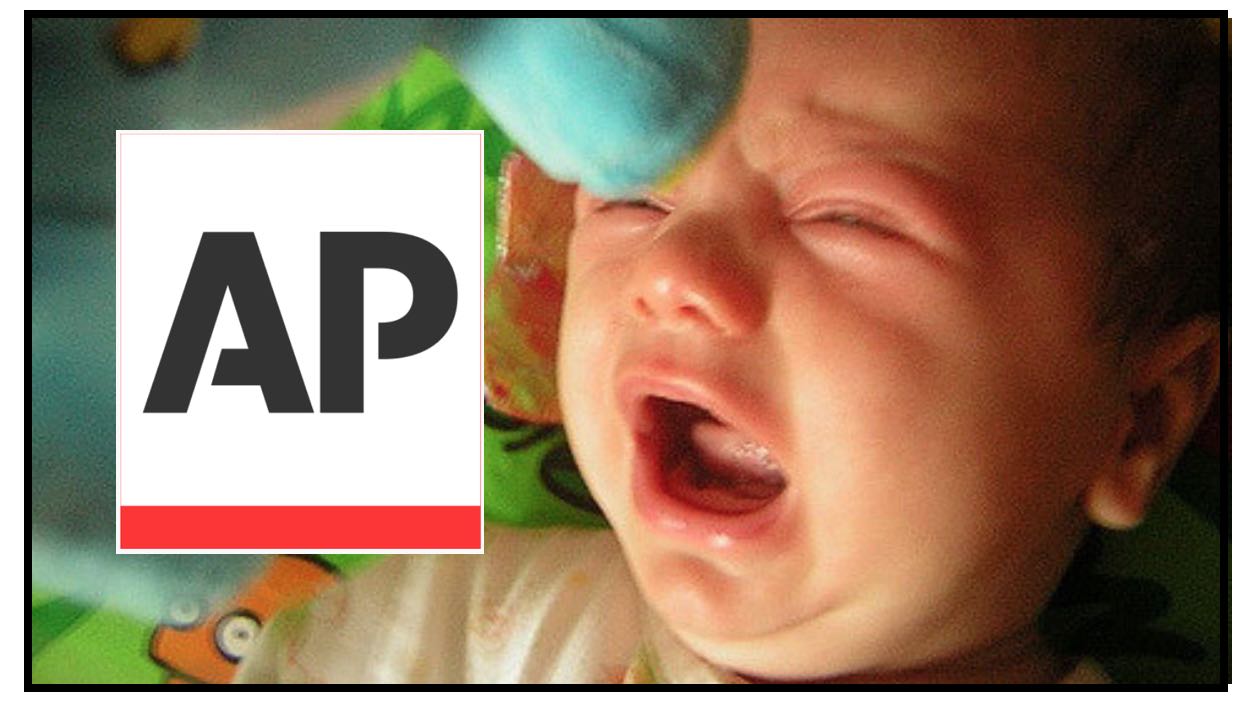 In the latest intensification of partisan hostilities, Republicans rammed President Donald Trump’s picks to be Treasury and health secretaries through a Senate committee on Wednesday with no Democrats present after unilaterally suspending panel rules that would have otherwise prevented the vote.

... The GOP’s show of brute political muscle came shortly before a testy session of the Senate Judiciary Committee at which lawmakers approved Sen. Jeff Sessions, R-Ala., to be attorney general.

As Hinderaker correctly wrote, "The story here is that Republicans proceeded to conduct business, despite childish game-playing by Senate Democrats."

The argument that Democrats are acting like children is objectively stronger than the one that Republicans are using inappropriately heavy-handed tactics. The GOP's rule change had the Senate parliamentarian's blessing; the Democrats' boycott is what spoiled brats do when they aren't getting their way. The point as far as AP is concerned is that it shouldn't be taking sides; but of course, it has.

Hinderaker was not making things up. Web searches on the first 25 words in the AP's opening sentence show that the item is still present at a very small number of subscribing web sites (example here, also with the same headline).

But clicking through to the "Big Story" link Hinderaker used in his post takes readers to a very different story which has replaced the original. That original can no longer be found at either the "Big Story" site or the AP's main national site. This "cover our tracks" tactic, without leaving behind any evidence of what was originally produced, continues to intensely annoy, and is completely unnecessary — unless the agenda is, as noted, to cover the wire service's tracks.

This evening item by Alan Fram and Richard Lardner, with the help of Mary Clare Jalonick and Michael Biesecker (i.e., four of the usual suspects) expanded the bullying-oriented narrative to Gorsuch's Supreme Curt nomination:

Republicans jammed two of President Donald Trump's top Cabinet picks through the Senate Finance Committee with no Democrats in the room Wednesday after suspending a rule that would have otherwise barred them from taking the vote. The tactic seemed a warning shot that they might deploy brute political muscle in the upcoming fight over the Supreme Court vacancy.

With a near-toxic vapor of divisiveness between the two parties across Capitol Hill, nasty showdowns broke out elsewhere as well. One Senate panel signed off on Trump's choice for attorney general only after senators exchanged heated words, and another committee postponed a vote on the would-be chief of the Environmental Protection Agency after Democrats refused to show up.

... Busting through a Democratic boycott of the Finance panel, all 14 Republicans took advantage of Democrats' absence to temporarily disable a committee rule requiring at least one Democrat to be present for votes.

"I don't feel a bit sorry for them," he told reporters, adding later, "I don't care what they want at this point."

... (Regarding the "nuclear option") Without a rules change, Republicans will need at least eight Democrats to reach the 60-votes necessary to halt filibusters, or endless procedural delays.

The Democrats' boycott takes a tactic previously employed by party legislators in several states (e.g., Wisconsin, Indiana and Texas) to the national level.