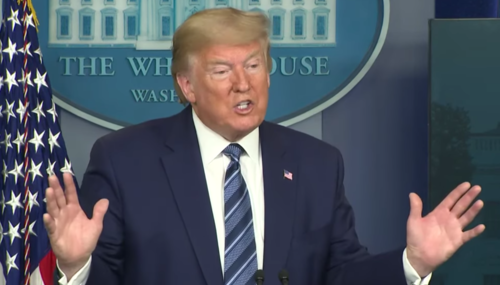 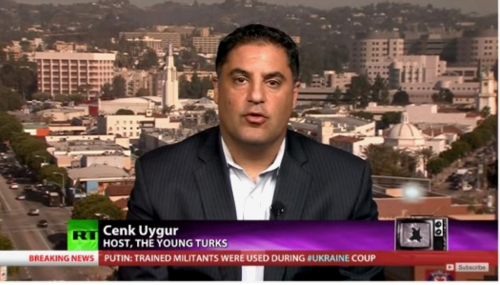 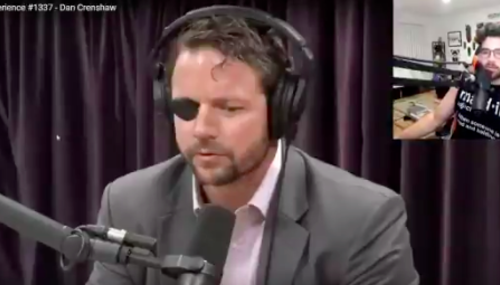 Kristine Marsh
August 22nd, 2019 2:10 PM
When a member of the “squad” gets called out for their anti-Semitic, anti-American statements, the liberal media quickly line up to defend the Democrat congresswomen. Yet when a Republican congressman was attacked for his military service by a progressive media commentator this week, it was promptly ignored by that same liberal media. 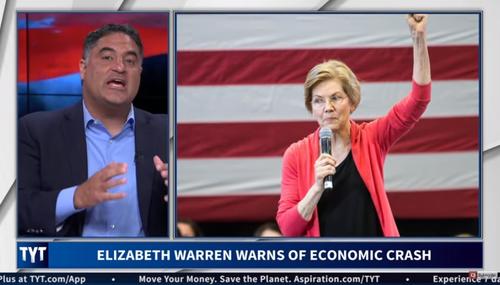 Business
Joseph Valle
July 23rd, 2019 5:17 PM
Liberal presidential candidate Sen. Elizabeth Warren (D-MA) envisioned an economic crash just around the corner, and the far-left hosts of The Young Turks could not contain their excitement. It seems Warren and The Young Turks share the same delusion about the state of the current economy being awful. Young Turks co-host Ana Kasparian began by applauding Warren for “finally sounding… 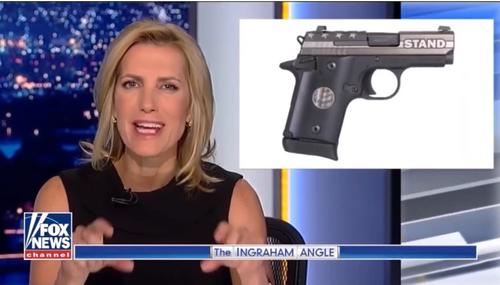 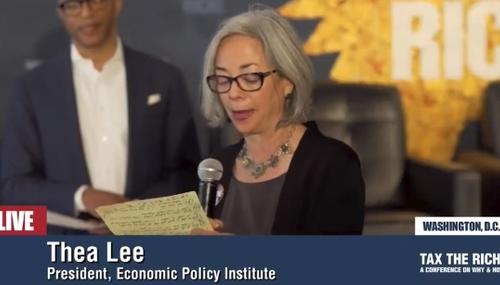 Business
Julia A. Seymour
April 10th, 2019 4:17 PM
Liberals demanding higher taxes on the rich is just another day in Washington, D.C., but those progressive voices have more in common than their politics of envy. Some of them also have the financial backing of liberal billionaire George Soros. 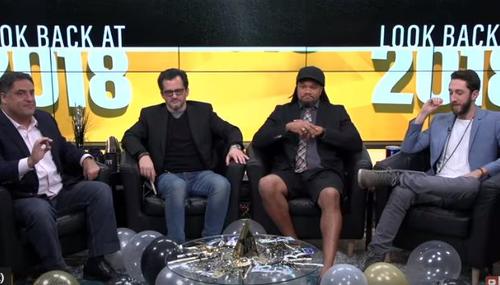 Culture
Jay Maxson
December 29th, 2018 10:00 AM
The progressive flag-waving founder of The Young Turks Network says Nike's Colin Kaepernick campaign serves as proof that progressives have won the culture wars. He also hopes the former San Francisco quarterback wins enough money in his collusion lawsuit against the NFL to buy a team. Cenk Uygur (appropriately seated at the far left in panel photo) made these declarations on The Young Turks… 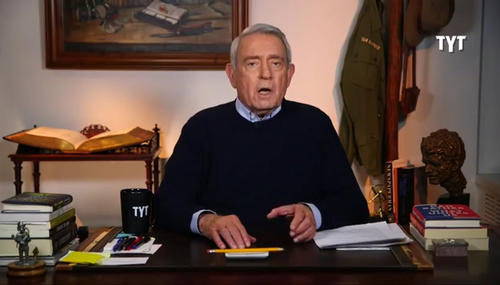 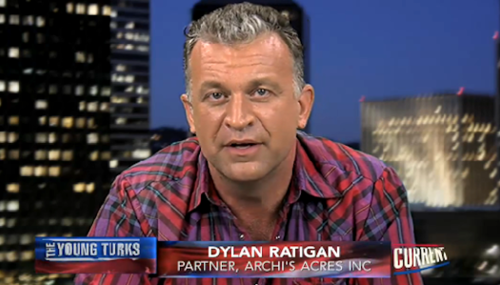 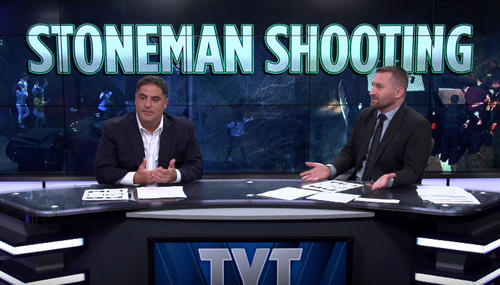 Culture
Gabriel Hays
February 16th, 2018 9:45 AM
If you can’t convince Americans to give into gun control after mass shootings, the next best thing is to convince them that the NRA and Republicans are so extreme they won’t even ban bullets targeting police officers. Or so suggest The Young Turks. 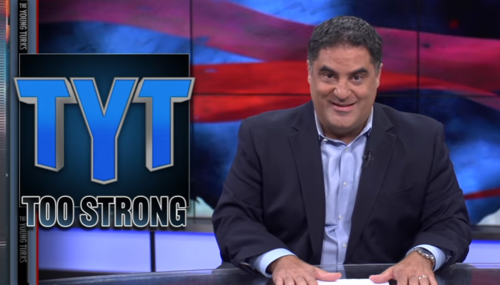 Business
Aly Nielsen
August 11th, 2017 9:06 AM
The Young Turks are so far left, even liberals call them “left-leaning,” and they’re on a quest to become the “largest news network period.” “Left-leaning political video network The Young Turks has raised $20 million in its latest and biggest funding round,” The Huffington Post reported on Aug. 8. Variety also called the network left-wing. 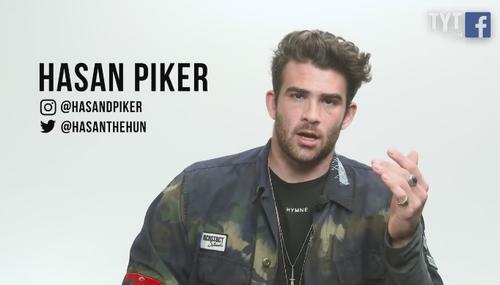 Young Turks: 'Ironic' That Pro-NRA Scalise Got 'Shot in the Butt'

Michael Johns Jr.
June 21st, 2017 11:27 AM
In the wake of the tragic and disturbing shooting of Congressman Steve Scalise, many would be driven to consider the implications of their political rhetoric and to heed bipartisan calls for unity and de-escalation. The Young Turks were not so moved. 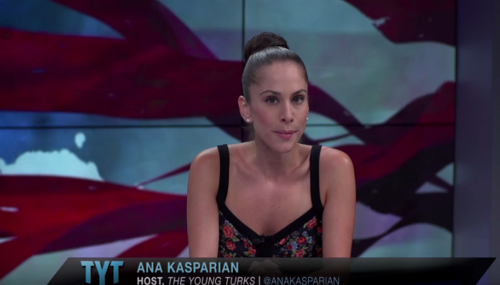 Culture
Kristine Marsh
September 8th, 2015 3:48 PM
This past Friday, a Planned Parenthood clinic in Washington state was set on fire. Fortunately no one was hurt. Unfortunately, these few and far between acts of violence committed by lone wolves give the left ammo to make their case that the pro-life side is really pro-death. That’s exactly what Ana Kasparian, one of the hosts of the Young Turks, a popular left-wing talk show… 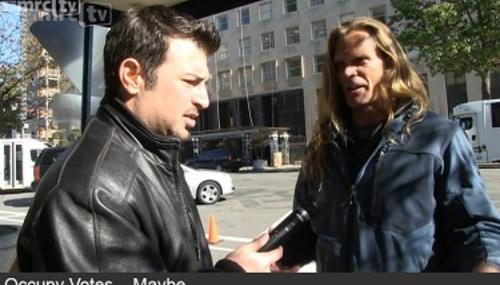 Even USA Today Thinks Current TV is a 'Disaster

Mike Ciandella
November 6th, 2012 2:37 PM
Following up on the announcement last week that Current TV was up for sale, USA Today ran an article on Nov. 5 highlighting some of the failures of the short-lived cable channel founded by former vice president Al Gore. Vanity Fair’s Michael Wolff, writing for USA Today, aptly described Current TV as “quite a disaster area.” He pointed out that it has never been able to…