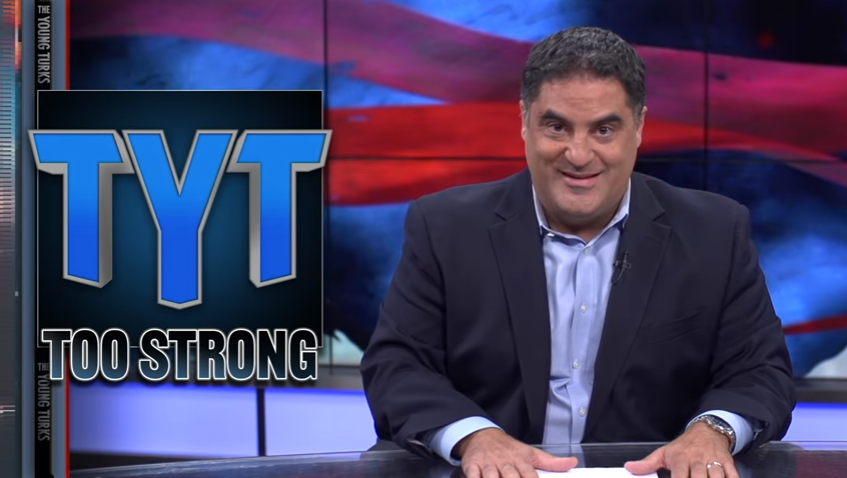 The Young Turks are so far left, even liberals call them “left-leaning,” and they’re on a quest to become the “largest news network period.”

“Left-leaning political video network The Young Turks has raised $20 million in its latest and biggest funding round,” The Huffington Post reported on Aug. 8. Variety also called the network left-wing.

However, that understates the case. TYT is part of the Media Consortium, a liberal media echo chamber that has been funded by liberal billionaire George Soros. The outlet regularly promotes outrageous, offensive opinions, like labeling Ted Cruz “a maniac” “dangerous” “demagogue” and claiming pro-lifers are “hypocritical” “murderers.”

TYT’s Hasan Piker also mocked Rep. Steve Scalise, R-Louisiana, when he was shot in June 2017. “So now, we're faced with the tragic yet incredibly ironic situation where Steven Scalise, a Republican congressman with an A+ NRA rating, got shot in the butt,” Piker said in a video. Scalise was in critical condition for days following the shooting.

“We’re the largest online news network, but our goal is grand. It’s to be the largest news network period, on any platform across the world,” TYT’s liberal founder and host Cenk Uygur said in an interview posted Aug. 8, “We’re gonna keep on expanding until our lead is so large that it depresses the competition.”

The $20 million came from investors including Greycroft, e.ventures and WndrCo. A press release indicated that “TYT will use the investment to expand its roster of management and creative talent, enhance its subscription offering, expand marketing initiatives and strengthen content and community engagement.”

But for all of the lefty network’s success, the outlet is so far left even members of the liberal media view it suspiciously.

In March 2017, Mother Jones criticized TYT in a way sure to upset liberals -- by claiming it was becoming the left’s version of Breitbart: “a pluralistic news outlet waging an ideological war with the establishment class.” Mother Jones also revealed TYT staff’s intent to “use their shows and their social-media accounts to provide a platform and raise money for the candidates they endorse,” a plan at odds with objective journalism.

However, Mother Jones failed to point out any problems with a media network directly supporting politicians and policies. Huffington Post, AdWeek, Variety, Business Insider and The Wall Street Journal identified TYT as “left-leaning” and “progressive,” but also failed to bring up the ethics of Ugyur’s left-wing political activism/journalism.

Business Insider and The Wall Street Journal merely noted TYT gave its “full support” to Bernie Sanders during the 2016 election.