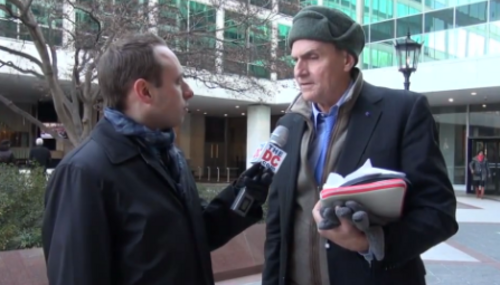 Clay Waters
January 22nd, 2013 1:38 PM
The cat's out of the bag: Obama's a liberal. A banner headline across Tuesday's New York Times front page confirmed what conservatives have been saying about the president for years: "Obama Offers Liberal Vision: 'We Must Act.'" Peter Baker's lead story "Inaugural Stresses Theme of Civil and Gay Rights -- Safety Net Praised," also stressed Obama's liberal message. So why has the paper spent the… 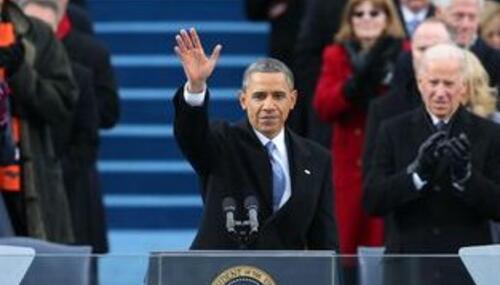 Surprise! ABC Discovers That Barack Obama Is a 'Progressive' 'Liberal

Scott Whitlock
January 22nd, 2013 11:57 AM
After years of downplaying ideological labels for Barack Obama, ABC has seemingly accepted the idea that the President is a "progressive" and a "liberal." While recapping the inauguration, Good Morning America's journalists used the terms four times in just two minutes and 45 seconds. Yet, when Obama was a Democratic primary candidate in 2007, the networks deployed the L-word just twice– in the… 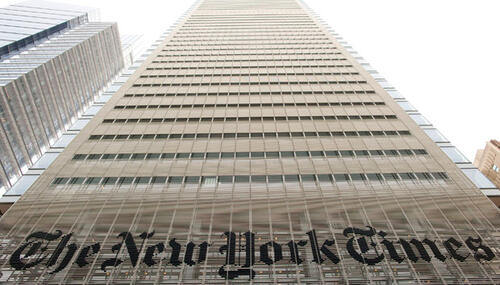 Andrea Mitchell: 'I Was Very Moved, Being Up There, Looking Out Over T

Mark Finkelstein
January 22nd, 2013 9:06 AM
Ah, the masses. How they loved President Obama's inaugural speech.  And how Andrea Mitchell, being "up there," loved looking out over them.  She was "very moved." Yes, on Morning Joe today, NBC correspondent Mitchell not only said that she was "very moved, being up there . . . looking out over the masses," but that she found the speech "uplifting," and that it was "a bigger moment that a lot… 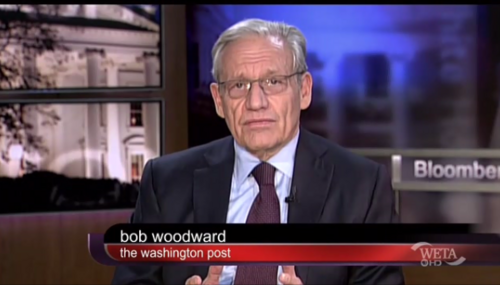 Matthew Sheffield
January 22nd, 2013 7:52 AM
Yesterday was a historic day. Sure we had presidential inauguration but it was also perhaps the first and only day when loudmouth MSNBC host Chris Matthews actually shut his yap for a few seconds. The cat that got Matthews’s tongue was being reminded by fellow MSNBC host Martin Bashir of his inane 2008 remark that he gets a “thrill going up my leg” when hearing Barack Obama speak. Watch below… 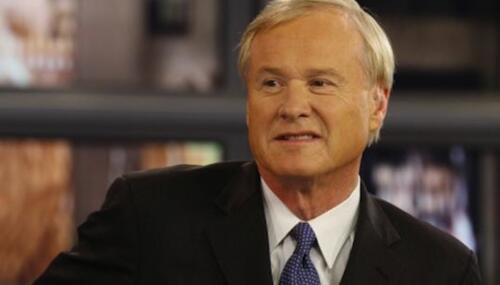 Ken Shepherd
January 21st, 2013 7:10 PM
Detecting media bias is often an exercise in contrasting two analogous events to see how the media worked to write the narrative in the public's imagination. We at NewsBusters have already looked at how the media love the party atmosphere of the Obama inaugurals but groused at the expense of Bush's second inaugural, for example.  So it's instructive to see how Washington Post veteran… 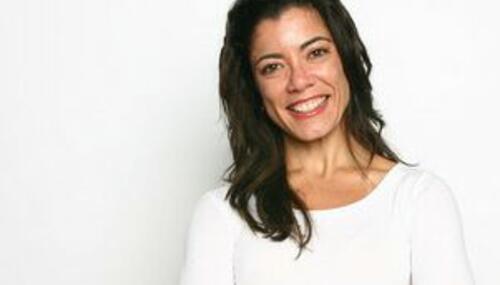 Brit Hume: Obama's Speech Should Kill Notion Held By His Admirers in t

Noel Sheppard
January 21st, 2013 6:53 PM
Brit Hume had some harsh words for America's Obama-loving media Monday. Appearing on Fox News's Special Report, Hume said, "[The President's] inaugural speech should put to rest for all time the notion much favored by his admirers in the press that he is a centrist. He is not" (video follows with transcript and commentary): 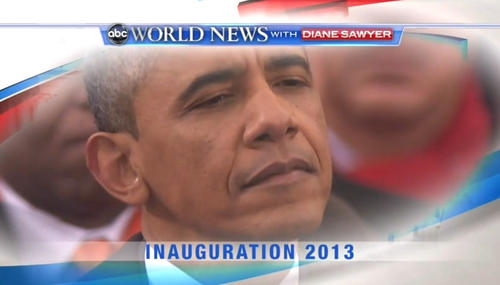 Scott Whitlock
January 21st, 2013 5:37 PM
MSNBC's Joe Scarborough, who now spends much of his Morning Joe program trashing the Republican Party and various conservatives, used the inauguration of Barack Obama as another chance to slime the National Rifle Association. The former Republican Congressman sneered at the National Rifle Association, suggesting that the gun group is promoting the "big lie" that government will come after most… 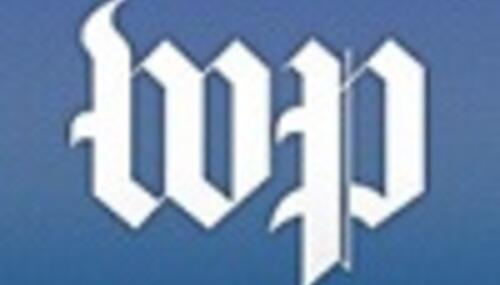 Matt Hadro
January 21st, 2013 5:35 PM
After CNN correspondent Jim Acosta felt like pinching himself at Monday's inauguration parade, host Wolf Blitzer couldn't contain himself as he tried to get the attention of both President Obama and Vice President Biden. Blitzer gushed that "Look, this is history over here," as the President and First Lady made their way down Pennsylvania Avenue toward the White House. He waved to Obama… 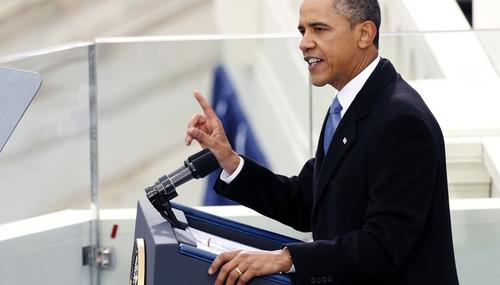 Ken Shepherd
January 21st, 2013 5:11 PM
Discussing Barack Obama's second inaugural address with Rep. Elijah Cummings (D-Md.) shortly after 4 p.m. EST today, MSNBC host Martin Bashir approvingly noted how the president "critiqued some of the negative things" in American politics today, such as when he said "name-calling is not a reasoned debate" and "I've taken an oath to God and country, not to party and faction." "I was thinking,… 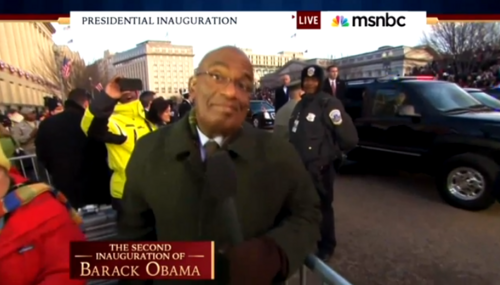 Like one of President Obama's adoring fans camped out along the inaugural parade route on Monday, during live MSNBC coverage of the event, NBC Today weatherman Al Roker excitedly yelled at Obama and later Vice President Biden to get their attention as they walked by. His hard-hitting question to the President of the United States: "Is the weather good?" 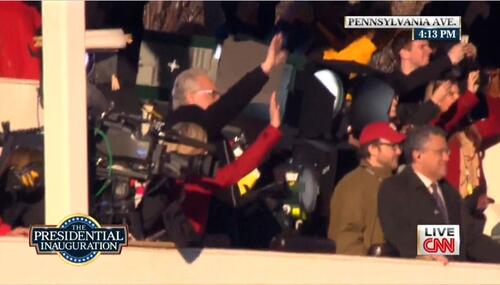 Giddy CNN Correspondent: ‘I Feel Like I Should Pinch Myself Right No

Matt Hadro
January 21st, 2013 4:22 PM
CNN correspondent Jim Acosta was positively giddy while covering President Obama's inauguration parade on Monday afternoon, and didn't hold back his feelings on-air. "You know, I feel like I should pinch myself right now, Wolf. I can't believe I have this vantage point of history in the making," Acosta gushed.  [Video below the break. Audio here.] 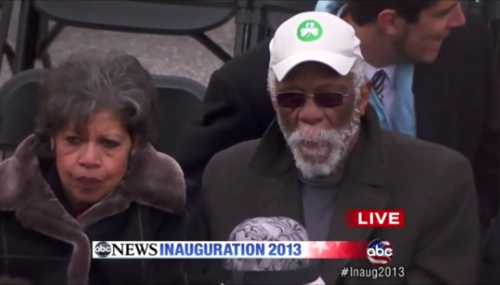 Kyle Drennen
January 21st, 2013 4:11 PM
In an exchange with former Secretary of State and prominent Obama supporter Colin Powell during NBC's live inauguration coverage on Monday, NBC Nightly News anchor Brian Williams urged Powell to go after Republicans: "General, there's just flat-out hatred out there, too. There's nastiness out there in the land. There's nastiness between these two parties....Let's especially go to the Republican… 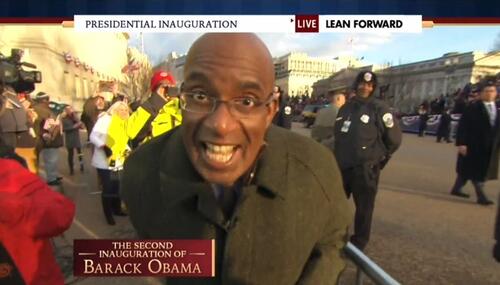 NYT's Tale of Three Inaugurals: 'Questioning the Propriety' of Bush, B