Politico Columnist: Putting a Woman on the $10 Bill 'Isn't Worthy'

One of the latest in a seemingly endless stream of missives from the perpetually aggrieved comes from Ruth Graham at the Politico, which seems to have become an especially fertile repository for such ridiculous items.

Mr. Graham is completely unimpressed that Obama administration Treasury Secretary Jack Lew has announced that the image of a famous woman to be named later will soon grace the $10 bill. In fact, the New Hampshire journalist essentially considers the move an insult.

Ms. Graham learned that the $10 bill is the nation's least-used paper currency. Oh, and women — mostly symbolic women, but I guess that somehow counts — used to figure more prominently in our money (bolds are mine):

The trouble with the $10
Of course, women get the money that doesn’t matter. 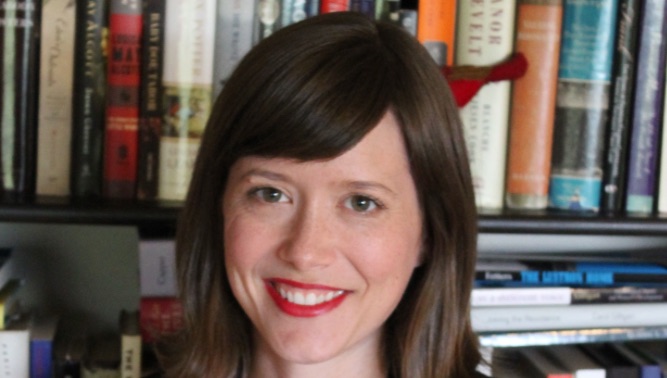 ... everyone seemed to agree that a place on the $10 is a significant honor, and a win for feminism. The debate almost immediately moved on to which woman — Harriet Tubman? Eleanor Roosevelt? — would claim the coveted position.

But a closer look suggests a less triumphant conclusion. If women are getting a seat at the table, it’s the seat by the dishcart. Cash today is less important than at any point in American history. And when it comes to everyday money, statistics show that the $10 is about the slightest gesture you could make.

“Of the most-used notes, it’s the least important,” said Douglass Mudd, curator and museum director of the Edward C. Rochette Money Museum in Colorado Springs. The $20 and the $1 are the small bills Americans really use. The percentage of $10 bills among all circulating currency has declined significantly in the last 20 years, from 8.75% to about 5.3% of total volume.

It’s just the latest episode in a long pattern of women getting the least-valuable placements on American currency. The most recent have been the dollar coins featuring Sacagawea and Susan B. Anthony—both of which were unveiled with great fanfare and then barely circulated.

The failures of the silver dollars occured because both men and women really didn't want to have to carry around another pile of coins, and businesses didn't want to spend untold millions of dollars to reconfigure cash registers, vending machines and the like to accommodate them. Those failures weren't examples of male chauvinism. You could argue that were instead misguided attempts to appease feminists.

Now let's get to the "things used to be better" part:

... American money was once quite a bit more freewheeling, and also less male. As historian Stephen Mihm pointed out a few months ago, there’s a very robust history of women’s images on American currency – though often anonymous women, not actual people. A female figure “emblematic of Liberty” appeared on the very first coin, and female symbols of Justice, America, and other abstract concepts appeared on paper currency before the Civil War. Goddesses includes Venus and Athena appeared on early American cash, too.

But real women appeared on money too. Martha Washington was featured on a $1 bill in the 1880s and 1890s, for example. And privately issued 19th-century currency — real money, though not always reliable — was emblazoned with figures including Pocahantas, opera star Jenny Lind, and the wives and daughters of bankers themselves. These began to vanish after the Civil War, when a new system of national banks meant a new system of national currency. The number of women, real or allegorical, to appear on money declined dramatically. In other words, as cash became more uniform and more official, it also became more masculine.

... If paper currency, not to mention the neglected $10, isn’t worthy of whatever woman is chosen to grace it, then what would be a better way to honor her? Wolman suggested an accolade that more clearly stands for progress, like, say, naming a new high-speed highway system after her.

Okay, so let's blame the centralized Federal Reserve system for the near-disappearance of women from the nation's coins and currency. This is probably a good time to recall that the Fed came into being during the presidency of Democrat Woodrow Wilson. So the war on women is really a Democratic Party creation going back over 100 years. Glad that's been cleared up.

I have an idea which I'll bet a crisp, new $10 bill will make Ms. Graham reverse course faster than you can say "cashless society": Let's put Ronald Reagan, by far the most deserving former president available, on it.