In case you missed it, the City of Baltimore and the State of Maryland have requested disaster relief assistance from the Federal Emergency Management Agency (FEMA) to recover costs incurred during that city's April riots. You read that right.

Yvonne Wenger at the Baltimore Sun predictably buried the lede in her May 26 story's third paragraph, giving uninitiated readers the impression that applying for FEMA assistance after a riot is something that is routinely done. (Perhaps, given the quality of today's journalists, she really believes that herself.) More critically, she forgot to remind readers that the city arguably deserves no help at all from any outside source, because the vast majority of the rioting's damage would have been prevented if Mayor Stephanie Rawlings-Blake had done her job.

By her own admission, the Mayor said that she "gave those who wished to destroy space to do that."

Additionally, according to a sheriff from another Maryland county who was there to help, she also told her city's officers to, in his words, "stand down, you will not take any action, let them destroy property." 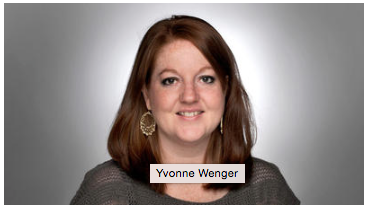 The recent rioting and unrest in Baltimore will cost the city an estimated $20 million, officials said Tuesday.

The expenses — which go before the city's spending board for approval Wednesday — include overtime for police and firefighters, damage to city-owned property and repaying other jurisdictions for police and other assistance.

Henry J. Raymond, Baltimore's finance director, said the city can temporarily cover the costs from its rainy day fund while seeking reimbursement for up to 75 percent from Federal Emergency Management Agency.

"The city remains on strong financial footing," Raymond said. "Hopefully, with the FEMA reimbursement, it will reduce the financial stress that we're under. In terms of the city's overall revenue structure, we're on firm footing and we'll move forward."

Hogan has asked President Barack Obama to issue a disaster declaration so the city and state can be reimbursed for some expenses, officials said. Rawlings-Blake, meanwhile, encouraged city-based businesses to apply for aid from the U.S. Small Business Administration and the Baltimore Development Corp.

Hogan's willingness to spearhead this is also quite disappointing.

To my knowledge, FEMA has never been involved in "disaster relief" relating to a riot. Even if it has occurred but only very rarely, that point should have been reported.

If Yvonne Wenger wants to prove me wrong, she is more than welcome to look through the hundreds of web pages of FEMA Disaster Declarations starting here to see if any of them were tied to riots. I went back to April-June of 2001 (related pages here and here), during and after Cincinnati's riots, and found no related FEMA disaster declaration.

An Investor's Business Daily editorial on Wednesday appropriately cranked up the outrage:

... more to the point, it's effectively an escape from fiscal accountability and political responsibility, given Rawlings-Blake's role in fueling the riots.

Rawlings-Blake, remember, is the one who lit the fuse by saying, "We also gave those who wished to destroy space to do that" — a clear incitement to riot, even as she unconvincingly denied meaning any such thing while Baltimore burned.

Instead of resigning, or being asked to, Rawlings-Blake is now more confident than ever that cash is on its way, according to press reports. This may very well be true, given all the evidence of political dealmaking with the Obama White House and Eric Holder's Justice Department.

As the riots raged, Rawlings-Blake was in telephone contact with White House advisor Valerie Jarrett. Then she initiated a quickie-justice prosecution of six Baltimore cops, as well as a broader federal investigation of the city's police force that the White House wanted. Last week, she joined one group of Maryland officials and another of big-city mayors to seek federal dollars, using the riots as reason.

... What's going on here? A mayor who triggered the worst riots in her city's history is now effectively escaping any responsibility for her words and acts. This is setting a terrible example not only for Baltimore but also for all the other American cities where demonstrations are getting increasingly out of hand.

It isn't just "demonstrations" that are "getting increasingly out of hand." It's also criminal activity, up to and including murder — in Baltimore, and throughout the nation.

The idea that Mayor Rawlings-Blake's city is effectively being rewarded for her misbehavior is bad enough. But she also bears partial responsibility for the increase in lawlessness seen not only in Baltimore, but nationwide. Thus, if anything, she owes the rest of us — certainly not the other way around.