At Instapundit, Elizabeth Price Foley caught a real doozy of a column in the Cincinnati area's only daily newspaper — if you insist on calling something which looks like it was cobbled together overnight at Fedex-Kinko's a "newspaper."

If there was a daily prize for the largest quantity of subtle but arrogant condescension in an opinion column, Cincinnati native, Ohio State graduate, and current North Charleston, South Carolina middle school teacher Meg Stentz would be yesterday's hands-down winner. Proving that she's keeping up with the latest trends in political correctness, she even dragged one of the left's favorite new words into her Sunday writeup.

Ms. Stentz is upset that residents of the Charleston, South Carolina area in which she lives and works are not spending tons of time wailing and gnashing their teeth over the death of Walter Scott at the hands of North Charleston police officer Michael T. Slager.

But Ms. Stentz's column isn't sensible, while she is occasionally given to incoherent sputtering (bolds and numbered tags are mine):

When racial violence no longer shocks 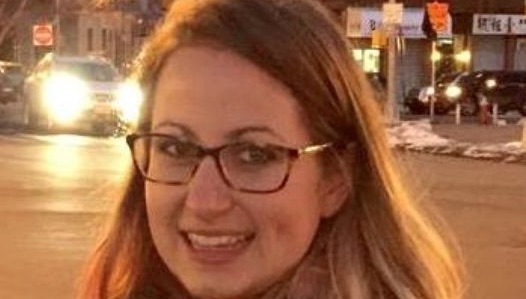 Just over a week after Walter Scott was gunned down, the Rev. Jesse Jackson returned to his home state to speak about the national tragedy. He spoke to less than 100 people, including media. The event was put on by the small, young, grassroots group leading the local resistance, Black Lives Matter of Charleston.

Jackson offered the media a chance to ask questions after his talk. The first came from a flushed white man, who said that since Jackson was calling for police to wear cameras, he wanted to know how many officers Jackson had spoken to himself. This white micro-aggression, this nearly purposeful missing the point, has been largely how I've perceived Charleston to be taking this horrifying incident. [1]

After being raised in Ohio, I moved to now-well-known North Charleston to teach in a Title 1 middle school. My roommates are also transplants and teachers, meaning they're at least as liberal as most of the North and still observant of how the South operates. [2] ...

... We sputtered our disbelief, not that a black man was shot down in North Charleston – that happens all the time [3] – but that it was here in living color, nationally broadcast. The next morning I received texts from my parents, my college friends, people letting me know that I was in their thoughts, that my students were in their thoughts. Only one child mentioned the shooting. By the end of the week, it was two.

The aftermath of this shooting, as visible to me in my interactions with 85 North Charleston 12-year-old students of color, is insignificant. They've noticed that the nation is noticing, but there's no shock. There's no push back. There's no sense that those things would make a difference in this neighborhood, in this city, in this state where segregation and racial profiling are the norm. [4] The most common perspective carried on the local radio is a sense of disbelief that the country is making this out to be a racial issue at all.

... In the Deep South, complacency is king, and the reaction here, even to sensationalized coverage, is minimal. My students are not angry, because anger only springs from a belief that things could be different. This racial violence is all they've known. [5] I hope one day, that won't be true, but from where I'm standing, the only people up in arms about this "news" are north of the Mason-Dixon line.

Contrary to Ms. Stentz's unexplained position that the reporter's question missed the point, asking about police officers' reactions to wearing cameras is important. While a nominally good idea, they also seem to present opportunities for genuine criminals to sow false grievances into their recorded apprehension and arrest incidents. Officers would now need extra training in how to respond to such histrionics.

[2] — Don't you love that "how the South operates" slur? Enlightened "liberals" from the North like Stentz and her buds apparently feel like they are missionaries sent to save the ignorant. See more on this in Item [5].

[3] — What "happens all the time"? And exactly how often is that? It seems that Stentz, either out of laziness or a desire to deceive, wants us to believe that white cops gunning down unarmed blacks "happens all the time." Really? I'd like to know how many of the 167 murders or other violence-related deaths in North Charleston from 2002 to 2013 fit this category. I'll hazard a guess that it's very few. It's up to Ms. "all the time" Stentz to demonstrate otherwise instead of breezily telling Cincinnatians that it "happens all the time." The overwhelming odds are that she will find that the large majority, if not the vast majority, of murders and other violent deaths involved blacks killing other blacks.

Foley also commented on an education system which helped to generate such (non)-thinking:

This is the kind of intelligent discourse our universities are encouraging, awarding degrees to those who reflexively mirror their liberal/progressive professors’ views, all while flying the banner of #diversity and #tolerance. And to make matters worse, she is a teacher.

It would appear that Meg Stentz, whose Facebook cover photo insists that "I need feminism because some people still think they don't," shouldn't be a teacher.

Additionally, the Cincinnati Enquirer, in providing yet another reason why I won't subscribe to it even if hand-delivered to me daily on a silver platter, has shown poor judgment in allowing a Cincinnati transplant to smear an area in which she has lived for fewer than two years.