Leave it to a writer at Mother Jones to dispense condescending healthy eating advice while serving up a side dish of alleged historical racism with a tincture of capitalism bashing.

Kiera Butler, a senior editor there, didn't have to engage in either exercise to make her nutritional points, which may have some validity. She must have felt that her primary headline ("Why You Should Stop Eating Breakfast, Lunch, and Dinner") was too boring, and that she needed to provide an attention-grabbing subheadline to get people to start reading her piece (book link is in original; bolds and numbered tags are mine):

Why You Should Stop Eating Breakfast, Lunch, and Dinner
Dogmatic adherence to mealtimes is anti-science, racist, and might actually be making you sick. 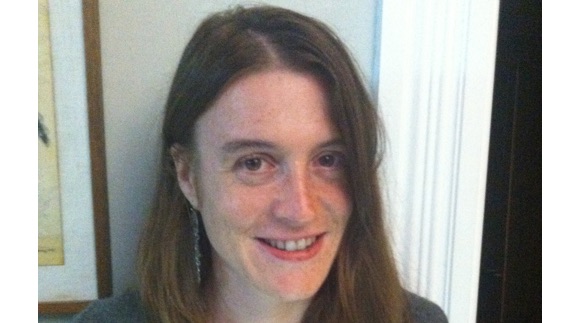 Meals are good, and snacking is bad. Breakfast is the most important meal of the day, and if you eat dinner with your family, you will keep your girlish figure and your kids will be healthier. Taking a lunch break will make you succeed at your job.

Okay, now forget all that. Because as it turns out, the concept of three square meals a day has practically zero to do with your actual metabolic needs. And our dogmatic adherence to breakfast, lunch, and dinner might actually be making us sick.

Historian Abigail Carroll, author of the book Three Squares: The Invention of the American Meal, explained to me that the the thrice-daily eating schedule goes back at least as far as the Middle Ages in Europe. [1] When European settlers got to America, they also imported their meal habits: a light meal—maybe cold mush and radishes—in the morning, a heavier, cooked one midday, and a third meal similar to the first one later in the day. They observed that the eating schedule of the native tribes was less rigid—the volume and timing of their eating varied with the seasons. Sometimes, when food was scarce, they fasted. The Europeans took this as "evidence that natives were uncivilized," Carroll explained to me in an email. "Civilized people ate properly and boundaried their eating, thus differentiating themselves from the animal kingdom, where grazing is the norm." (So fascinated were Europeans with tribes' eating patterns, notes Carroll, that they actually watched Native Americans eat "as a form of entertainment.") [2]

The three daily meals that the settlers brought evolved with Americans' lifestyles. As people became more prosperous, they added meat to breakfast and dinner. After the Industrial Revolution, when people began to work away from home, the midday meal became a more casual affair, and the cooked meal shifted to the end of the day, when workers came home. The one thing that did not change was the overall amount of food that people ate—despite the fact that they had largely abandoned the active lifestyles of the farm in favor of sedentary ones in cities and suburbs. "People were still eating these giant country breakfasts," says Carroll. Soon, doctors reported that more of their patients were suffering from indigestion. [3]

[1] — "At least" the Middle Ages is an understatement which ignores 500 years or so of previous history. As seen in this PBS narrative about the Roman Empire:

Although they led very different lives, citizens generally observed the same mealtime rituals, whatever their wealth or rank. Breakfast and lunch were usually light meals, often eaten with colleagues or friends in the noisy cafes and taverns that lined Rome’s streets.

Dinner was a different matter altogether and was taken very seriously. The triclinium, or dining room, held three couches, arranged around a square table.

Gosh, that's three meals a day. I guess Romans, "whatever their wealth and rank," in addition to being ignorant of healthy eating practices, were racists too. Who knew?

[2] — Really, Abigail? People just stood around in presumably large groups and watched others eat? Excuse the skepticism, but I'd like to see voluminous, contemporaneous proof of this. In other words, one or two diary entries won't do, because we're talking about "entertainment" here, as in something that would be a rather routine and frequently occurring ritual of amusement.

[3] — Meanwhile, as people of all races, creeds and colors engaged in all these absolutely unhealthy eating habits causing life-threatening levels of indigestion, life expectancy at birth for whites somehow managed to rise from 50 years at the beginning of the 20th century (a rough average 48.23 years for males and 51.08 years for females) to 79 years in 2011 (roughly averaging 76.3 years and 81.1 years for males and females, respectively).

In other words, as these racist mealtime regimens took hold, the absolute gap between white and nonwhite life expectancies narrowed by 12 years (from 16 years to 4 years) and the percentage gap narrowed by 27 points (from 32 percent to just over 5 percent) in roughly 110 years.

I must also observe that today's restaurants remain open and serve quite a few meals during what would be seen as nontraditional times for eating, i.e., late mornings, afternoons and late evenings. So if anything, the evil capitalist system has enabled people who wish to avoid "dogmatic" meal times to do so. Perhaps Ms. Carroll, if readers will excuse the expression, should avoid biting the hand that can (nontraditionally) feed her.

To be fair to Ms. Carroll, she isn't the one who brought out the R-word ("racist"). Kiera Butler is.

But Ms. Carroll has promoted Butler's article in a tweet — "Which is better--to eat 3 meals or to graze? To graze, says Mother Jones." So she must be okay with the characterization, especially because her tweet includes Butler's subheadline containing that word.

I'm not okay with this — except as a brief and mild form of entertainment. In one sense, it's all I can do to keep from laughing uproariously at this nonsense.

That said, it's utterly ridiculous, and not at all funny, that some will apparently seen Butler's bloviating as legitimate intellectual output.