The Associated Press's headline at Alan Fram's coverage of the controversy over the existence of an Obama administration contingency plan if it loses the Halbig v. Burwell case pending at the Supreme Court may be among the most inchoherent ever: "GOP CLAIMS PAPER SHOWS FED AIDES' PREPS FOR HEALTH LAW LOSS."

"Paper"? What is in question is an alleged 100-page contingency plan should the Court declare that subsidies paid by HealthCare.gov, the federal health insurance exchange for over three dozen states, are illegal. "Health law loss"? What does that even mean?

The AP seems to be hoping that the story's lousy headline will cause most potential readers to ignore it. Fram's actual story also has its share of weaknesses, the most important of which is his failure to identify the administration's declaration that such a a plan doesn't exist as a de facto admission of a fundanmental and serious management failure (bolds are mine throughout this post; numbered tags are mine): 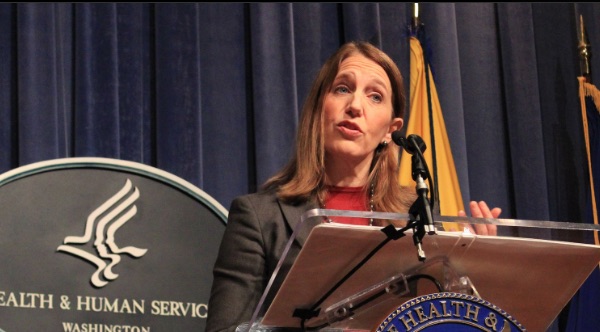 At a hearing of a House health subcommittee that he chairs, Rep. Joseph Pitts, R-Pa., said he had learned of the paper's existence from "a source" in the Health and Human Services Department. He told a reporter later that he's not seen the paper but has been told it is being circulated to high-level employees of the agency.

At Thursday's hearing, Sylvia Burwell, the Health and Human Services Secretary, repeatedly expressed ignorance of such a document. [1]

If such a paper exists, it would be important because administration officials have repeatedly sidestepped questions about whether they are planning for a possible loss [2] in a court case that could obliterate the subsidies, a key element of President Barack Obama's 2010 health care overhaul.

The administration's non-response has added to political pressures on GOP lawmakers, who unanimously opposed the law when it was enacted in 2010 [3] and have vowed many times to repeal and replace it. With Republicans supporting the lawsuit that could dismantle part of the law, many of them believe they must propose ways to help the millions of voters who could suddenly find their health care unaffordable because of a court ruling.

If an administration planning document exists, "It would be an opportunity for us to negotiate a possible compromise" with the administration, Pitts told a reporter. [4]

As she has said before, Burwell said Thursday that the administration believes it will win the case. She also reiterated that there are no actions the administration could take to address the larger numbers of uninsured people and higher health care costs that would result should it lose the case.

"That's why you're not hearing plans" from the administration, Burwell said. "Because we don't have the authority." [5]

... (The Halbig plaintiffs) say the law only allows federal subsidies to people buying health coverage on marketplaces run by the states. But the government is also paying subsidies to millions of people who buy coverage in the 37 states that use the federal HealthCare.gov marketplace.

[1] — Burwell may have "expressed ignorance" at the hearing. But the bigger point, which Fram ignored, is found at the Hill, which has reported that "officials publicly maintain that no plan exists."

If Burwell is really ignorant about whether or not such a plan exists, she's a derelict manager. If she isn't ignorant about it, she has lied to Congress. So, following what used to be known as logic, she either needs to be replaced with someone who will do the job, or be prosecuted. Take your pick, Ms. Burwell.

[2] — Again, the Hill says that "officials publicly maintain that no plan exists." Alan Fram's squishy reference to "sidestepped questions" is an obviously deceptive dodge if the contention at the Hill is true.

[3] — The "pressure" shouldn't be on the GOP. It should be on the people who, if the Court rules against them, drafted the Affordable Care Act on the naive assumption that every state in the union would voluntarily fall in line and form an Obamacare exchange. Most refused, and several which tried to set up exchanges failed so completely that they had to have HealthCare.gov take over. If the administration and the then-Democratic Congress screwed up, it's not the GOP's job to fix their mess — or if it is, they get to fix it on their terms. It's the Obama administration's duty as allegedly responsible managers to propose a viable alternative. If they won't — well, that's just another argument for total repeal.

[4] — If there's not an administration document, as noted earlier, it's proof of a failure to plan for a reasonably likely contingency, and an obvious dereliction of duty.

[5] — After all of this administration's unilateral actions, this appeal to a lack of authority is a hoot. You don't have to have "authority" to come up with a contingency plan. All you have to be is responsible, and if things go wrong, have something in hand to propose to Congress.

It's unfortunately painful but necessary to ask, given the adminsitration's pattern of conduct, if an adverse ruling in Halbig would merely be followed by a declaration that "We're going to keep paying the subsidies anyway, and we dare you to try to stop us."

Those who believe that such a possibility is beyond the pale obviously don't grasp the impact of the following story hot off the new media presses:

The U.S. Treasury Department has rebuffed a request by House Ways and Means Chairman Rep. Paul Ryan, R- Wis., to explain $3 billion in payments that were made to health insurers even though Congress never authorized the spending through annual appropriations.

At issue are payments to insurers known as cost-sharing subsidies. These payments come about because President Obama’s healthcare law forces insurers to limit out-of-pocket costs for certain low income individuals by capping consumer expenses, such as deductibles and co-payments, in insurance policies. In exchange for capping these charges, insurers are supposed to receive compensation.

What’s tricky is that Congress never authorized any money to make such payments to insurers in its annual appropriations, but the Department of Health and Human Services, with the cooperation of the U.S. Treasury, made them anyway.

"Tricky" is a far too kind word to use, given the following three later paragraphs at the Washington Examiner story:

For fiscal year 2014, the Centers for Medicare and Medicaid Services (the division of Health and Human Services that implements the program), asked Congress for an annual appropriation of $4 billion to finance the cost-sharing payments that year and another $1.4 billion “advance appropriation” for the first quarter of fiscal year 2015, “to permit CMS to reimburse issuers ...”

In making the request, CMS was in effect acknowledging that it needed congressional appropriations to make the payments. But when Congress rejected the request, the administration went ahead and made the payments anyway.

The argument that annual appropriations are required to make payments is also backed up by a report from the Congressional Research Service, which has differentiated between the tax credit subsidies that Obamacare provides to individuals to help them purchase insurance, and the cost-sharing payments to insurers.

Regarding the risk-corridor payments, the Obama administration's response has essentially been, "We don't need any stinking authorization. We're going to spend the money whether you authorize it or not. We've got the checkbook and access to the printing press, and we're just going to keep writing checks."

Thus, the lawlessness continues. Vague and incoherent "please don't read this" headlines and kid-glove coverage at the Associated Press, aka the Administration's Press, aid and abet its spread.