New York Post columnist, legitimate constitutional scholar and health policy expert Betsy McCaughey broke news about the Affordable Care Act, aka ObamaCare, in her Tuesday evening column. The Post should send the Associated Press, the New York Times and other establishment press outlets which have yet to report what she found the bill for her work.

In the midst of the Obama administration's pre-Thanksgiving 3,415 regulations dump, McCaughey found several significant ObamaCare-related items, most of which in quainter times would have been considered illegal and unconstitutional overreaches: 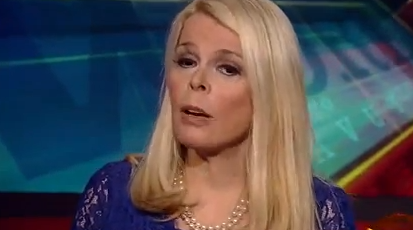 ... the president is redefining what health plans are “adequate” for larger employers (100-plus workers) to offer under the Affordable Care Act. He’s also “asking” insurers to pay for new benefits — while warning that, if they don’t, they may be forced to.

Under the Constitution, Obama lacks any authority to make such changes to the health law, or any law. Only Congress has that power. But he’s doing it, and not for the first time.

The president has made two dozen changes to his health law by executive fiat, from delaying the employer mandate to allowing people to keep health plans that don’t meet ObamaCare standards.

... In any case, last week’s changes, like the president’s previous fixes, create new losers as well as winners — the sort of tradeoffs that legislators are supposed to weigh in our system of government. The basics:

By repeatedly contradicting the letter of the Affordable Care Act, these new rules add to a pattern of lawlessness in implementing the health law ...

McCaughey's final paragraphs relate to the King v. Burwell lawsuit the Supreme Court recently agreed to take. The issue being litigated is whether ObamaCare participants in states without their own exchanges are entitled to federal premium subsidies. The plain language of the law and the expressed post-passage opinions of its architects like Jonathan Gruber indicate that Congress intended to deny subsidies to recalcitrant states — in effect, to punish those states' citizens for their governments' resistance. But when the number of resisters ballooned to over 30, the administration said "never mind." It lacked the legal authority to make that call.

At this point, it is worth asking, separately from what McCaughey wrote — If the Supremes rule as they should, i.e., based on what the law says, will the administration will just say "bleep you" to the Court, keep cutting the subsidy checks, and dare someone to stop them?

Searches on "Affordable Care Act" at the New York Times and at the Associated Press's national site (each not in quotes) returned nothing relating the new regs McCaughey described. These outlets, and others need to provide the Post with the address of their Accounts Payable departments