The Department of Justice announced Friday that Rene Boucher, the person who attacked and seriously injured Kentucky GOP Senator Rand Paul 2-1/2 months ago, has been charged with a federal felony and admitted to the attack. Several press accounts are crowing that the DOJ's announcement proves that the attack was not politically motivated. It does no such thing.

The press release from the U.S. Attorney's Office which had jurisdiction indicates that the alleged lack of political motivation is entirely based on Boucher's word (bolds are mine throughout this post):

Josh J. Minkler, the United States Attorney for the Southern District of Indiana, announced today that Rene A. Boucher, 58, Bowling Green, Kentucky, has been charged with assaulting a member of congress resulting in personal injury, a felony under federal law.

“Assaulting a member of Congress is an offense we take very seriously,” said Minkler. “Those who choose to commit such an act will be held accountable.” 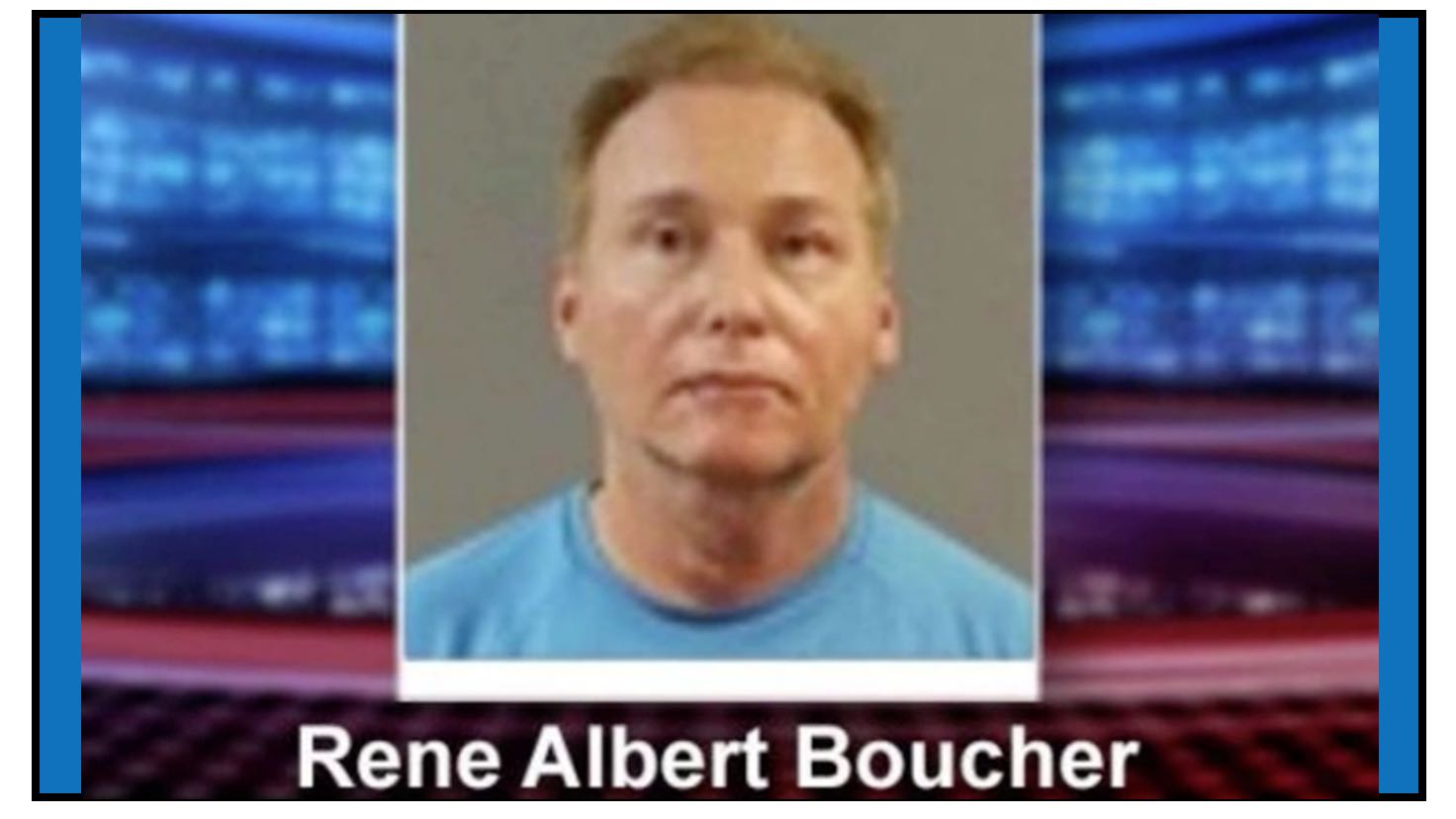 Despite the clearly communicated uncertainty, headlines at several press reports claim to be absolutely sure of Boucher's motivation:

The nation's two primary news gatekeepers have slyly promoted the yard-maintenance meme, attributing it to Boucher's lawyer without providing any contrary evidence:

(Boucher's) lawyer echoed what's long been suggested by neighbors: The attack stemmed from a dispute about yard maintenance.

A neighbor of Senator Rand Paul of Kentucky intends to plead guilty to a federal felony charge after he tackled the senator in November in an assault set off by the placement of a pile of brush, the man’s lawyer said on Friday. (Though it's really only what "the lawyer said," the phrasing makes it appears as if the assault's cause is an established fact. — Ed.)

Boucher would seem to have a good reason for denying a political motivation for the assault. 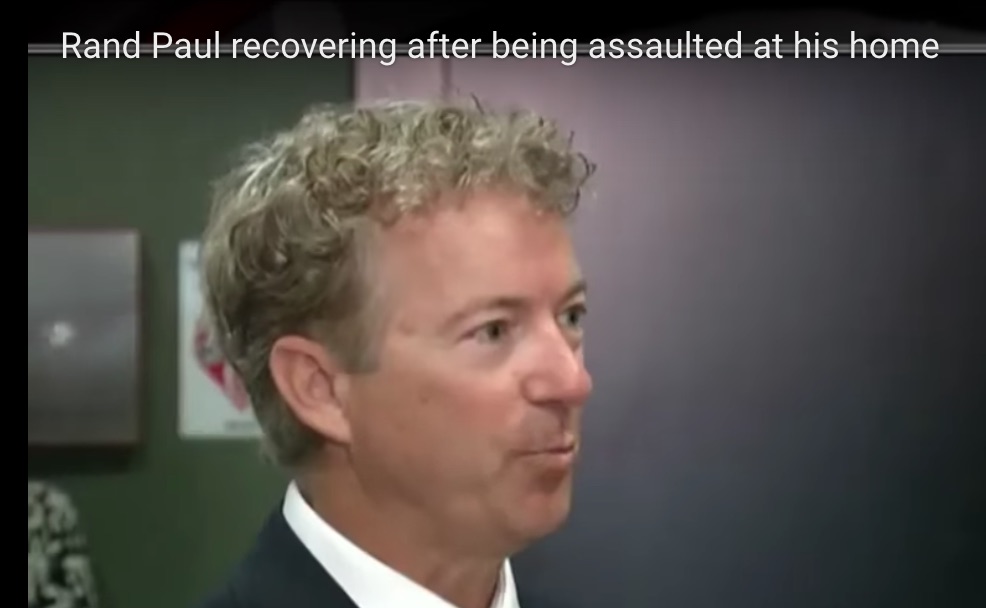 The U.S. Attorney's press release indicates that "Boucher faces up to 10 years’ imprisonment and a fine of up to $250,000." The AP report indicates that his attorney is hoping that the admitted attacker's claimed lack of political motivation reduces his sentence:

... "This is over a matter that most people would regard as trivial," Boucher's attorney, Matt Baker, said in a phone interview Friday. "It has to do with yards and the maintenance of those."

... "It all goes to large piles of leaves and branches and yard clutter that were placed on the property line," Baker said.

He returned to Washington less than two weeks later but developed pneumonia when he returned to Kentucky. Paul has since said he's recovering well from the attack.

Baker said Friday the attack was "completely, 100 percent out of character" for Boucher. He said his client is looking forward to getting the case resolved.

Paul has previously contended that motivation shouldn't matter in determining the punishment of a man he hadn't spoken to in 10 years: "If someone mugs you, is it really justified for any reason?"

That Paul's attacker is a politically motivated person with strong leftist beliefs is beyond dispute — and whether the violence to which he has admitted is "100 percent out of character" is an open question.

Boucher is more than a run-of-the-mill "Socialist, Anti-Trump, BernieCare-Loving Registered Democrat," as seen in findings posted at the Daily Caller on November 4:

On May 17, Boucher posted, “May Robert Mueller fry Trump’s gonads,” a reference to the former FBI director’s investigation into possible collusion between the Trump campaign and Russian government.

... Boucher shared one post from the Occupy Democrats account citing left-wing academic Noam Chomsky’s criticism of the Republican party. (As reported at the UK Independent and seen in a video at the link, Chomsky agreed with a questioner in April 2017 that "The Republican Party is the most "dangerous organisation in world history")

Occupy Democrats claims to be "a merger of the goals and interests of Occupy with those of the Democratic Party." The Occupy movement during its 2011-2012 peak was violent and had "extremist affiliations that ... (were) anything but representative of the 99 percent of Americans the movement claims to stand for." Occupy Democrats, who are obsessed over "the right–wing Tea Party ... ruthlessly pursuing its extreme agenda," certainly consider Paul a major enemy.

Early in the case, the FBI reportedly believed that the attack was politically motivated. Based on U.S. Attorney Minkler's Friday statement, it's quite likely that they still believe that. Given that they would only recognize Boucher's personal denial of political motivation, no one can claim that the Bureau has ruled it out.

The problem would appear to be that Boucher created no tangible evidence that he intended to attack Paul. Therefore, prosecutors are stuck with taking Boucher at his highly suspect word that he had "had enough" over Paul's yard maintenance habits — a meme that the press worked hard to establish without meaningful basis during the first two weeks after the attack.

If we were instead looking at a leftist Senator violently attacked by a right-winger, there is no way the establishment press would be engaging in the language games described in this post or ignoring the attacker's extremist sympathies.