On Friday, Georgia Congressman John Lewis, whose 5th District includes the City of Atlanta, said of Donald Trump that "I don’t see the president-elect as a legitimate president." Trump characteristically fired back with a two-part tweet suggesting that Lewis "... spend more time on fixing and helping his district, which is in horrible shape and falling apart (not to mention crime infested) rather than falsely complaining about the election results."

As would be expected, the Atlanta Journal-Constitution rushed to Lewis's defense. In its apparent haste to do so, a pair of journalists at the paper committed a colossal math blunder vastly understating the city's crime rate. With that mistake, the paper made the city look over 13 times safer than it really is.

Longtime blogger Don Surber captured the paper's error, which has since been corrected without any indication that a correction was made. Wondering how in the world it came up with its key violent crime figure, Surber blockquoted the following originally present passage at the AJC post by award-winning journalists (in other matters, quite obviously) Jeff Ernsthausen and Jennifer Peebles (HT Instapundit; bolds are mine throughout this post):

An Atlanta Journal-Constitution analysis of that data found Atlanta’s violent crime rate -- one crime per 1,120 residents -- landed Atlanta at No. 14 nationally among cities with populations of more than 200,000. However, the analysis also found that not all major American cities had data in the report -- for instance, Charlotte, N.C., often cited as one of Atlanta’s closest rivals, was not included, nor were New York City or Cleveland, Ohio. 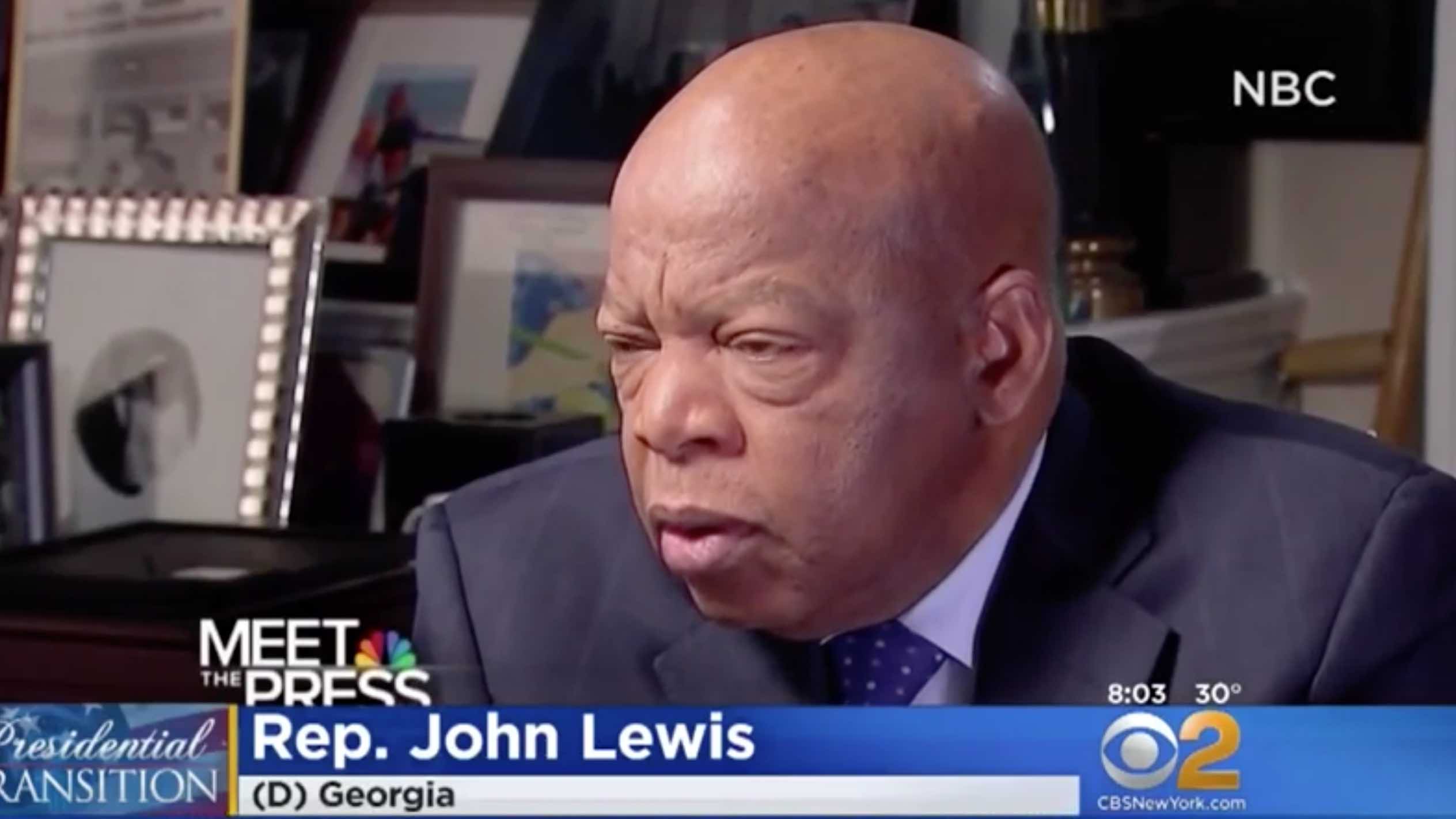 High crime rate is acceptable to the Atlanta Journal-Constitution

Democratic Congressman John Lewis who locked arms in brotherhood Republican Senator Jeff Session at the 50th anniversary of the March on Selma stabbed Sessions in the back this week.

I was going to let it slide until his hometown newspaper defended him, and Atlanta's high crime rate -- all because the newspaper suffers Trump-phobia.

One crime per 1,120 residents? Who calculates crime rates that way? Crime rates are calculated per 100,000 people.

Surber cited 2014 FBI crime statistics showing that the city's crime rate was 1227.4 violent crimes per 100,000 residents. That works out to one violent crime for every 81.5 residents.

That leaves the mystery as to where the paper came up with its "one per 1,120" figure. The answer is that it went to the FBI's 2015 crime stats and blew a math calculation a fourth-grader (or to play it safe, I should say a fourth-grader educated in the early 1960s) would have gotten right.

So here is almost certainly what happened:

The truth is that, in 2015, there were 1,120 reported violent crimes in Atlanta for every 100,000 residents. Compared to its original claim of one violent crime per 1,120 residents (which translates to 89.3 per 100,000), Atlanta's 2015 violent crime rate was 13.7 times higher than the pair of award-winning reporters originally claimed.

That said, 2015 saw a drop of 8.8 percent in the per capita violent crime rate from the 1227.4 seen in 2014. A couple of points of that drop was due to a roughly 10,000 increase in the city's population, and the rest represented a 6.7 percent decline in the absolute number of violent crimes.

While Atlanta dropped out of Forbes's annual Top Ten Most Dangerous Cities list in 2015 after a multi-year appearance, its number of homicides rose 17 percent to 111 in 2016, according to the city's last weekly crime report for the year. In one violent stretch in June, there were 15 murders in four weeks. In early November, the AJC itself reported that the city had earned the dubious distinction of being considered "one of America's top 'murder capitals.'"

It's not exactly a secret that Atlanta, which population-wise constitutes the majority of John Lewis's district, has a serious crime problem. Given the paper's leftist bias, it's no surprise that after blathering on for about 400 words, two AJC journalists couldn't bring themselves to answer their own question — "Is John Lewis’ 5th district ‘crime-infested,’ as Donald Trump says?" — with a clear "yes" or "no." That's because the answer is clearly "yes," and it makes their icon John Lewis look bad.