Since Donald Trump's election, environmental zealots have mostly had a very rough two weeks — and Donald Trump has had nothing to do with any of it.

Two developments they consider really bad (meaning good for the rest of us) far outweigh the single item they're celebrating. First, in Wyoming, just two days after the election, their "fracking is bad" Exhibit A in Pavillion, Wyoming was completely discredited. Second, in Texas this week, a huge oil discovery was reported — so big and unprecedented that the only commenter at the Associated Press's coverage of the story at the Washington Post wrote: "This ... should be front-page news given its economic and geopolitical impact" — but of course it's not.

The one item the "keep it in the ground" crowd can celebrate as good news for them (and bad for the rest of us) is the Obama administration's arbitrary and disgraceful Arctic offshore drilling ban. As Jazz Shaw at Hot Air wrote: "Barack Obama seems determined to leave some unpleasant going away presents for his successor on the domestic energy front." Given that he didn't think there would be any need to handicap his successor, it seems likely that Obama and his outgoing administration are just warming up.

The EPA has a lot of nerve imposing anything new between now and President-Elect Trump's inauguration, given its egregious five-year mishandling of the Pavillion, Wyoming fracking groundwater controversy.

The Associated Press published a barely noticed November 10 story about its resolution (the Wyoming "Pavillion Groundwater Report Fact Sheet" is here; bolds are mine throughout this post):

A final state report released Thursday on foul-smelling well water in Wyoming contradicts an EPA report from five years ago that ignited a national backlash when it suggested hydraulic fracturing was the cause of the contamination.

Bacteria were more likely to blame for the problem in Pavillion than the oil and gas drilling process known as fracking, officials with the Wyoming Department of Environmental Quality said after a two-year study that was hailed by fracking advocates.

"Today's announcement from the Wyoming DEQ doesn't just close the case on Pavillion, it's a knockout blow for activists who have tried to use Pavillion as a key talking point for their ban-fracking agenda," said Randy Hildreth, Colorado director of Energy in Depth ...

Now here is where the fun starts. From the AP report:

The EPA announced in 2011 that fracking likely caused the groundwater problems in Pavillion, a community spread among dozens of gas wells owned by Denver-based Encana Oil & Gas (USA) Inc. in the sparsely populated Wind River Basin.

The EPA draft report at the time stoked opposition to fracking, even as the process opened up major new oil and gas plays and drove down gasoline prices.

But guess what? The problem, as industry official Kathleen Sgamma noted at FoxNews.com on November 15, wasn't fracking. It was with the EPA itself:

... (in 2011) EPA investigators drilled their own monitoring wells incorrectly, actually introducing contaminants which were later detected in water samples.

Based on those tainted samples, the EPA floated a loose theory that fracking could have been the cause. But the draft report could not “verify or refute” this theory.

... state regulators and other federal agencies including the Bureau of Land Management and the U.S. Geological Survey ... found major problems with the EPA’s water-quality monitoring wells. But in response to criticism, EPA officials stonewalled and never submitted the draft report for peer review. The EPA dragged its feet until 2013, when it finally dropped the Pavillion case and handed the investigation over to the state experts at Wyoming’s Department of Environmental quality.

So the "state experts" got it right, and the supposedly superior people with Uncle Sam at the EPA got it wrong. The November 10 AP report notes: "Wyoming officials also called on the EPA in the report released Thursday to fill in and cap two wells it drilled to study groundwater in the Pavillion area." I'd say that the least they can do. They should also reimburse the state for the $1 million it spent "building cisterns for 28 (area) property owners to store water obtained from elsewhere."

The anti-fracking crowd lost big. They have no horror stories with even a shred of credibility. Someone should ask New York Governor Andrew Cuomo, who has banned fracking in the Empire State without rational justification, why he's still refusing to allow Upstate New York its best opportunity for a desperately needed economic turnaround. 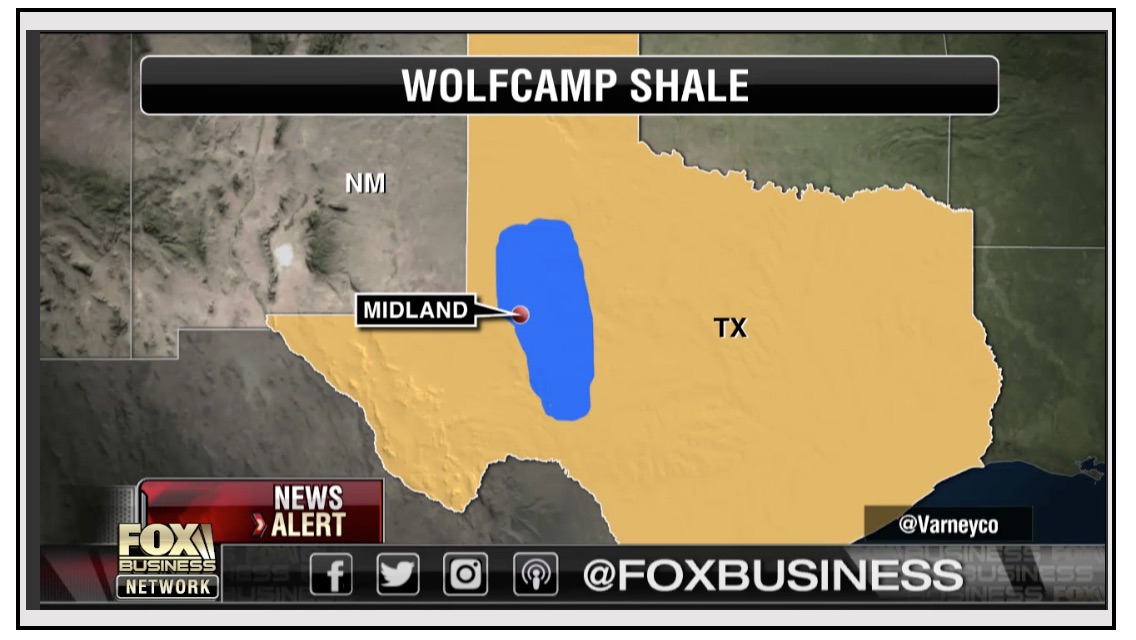 A vast field of shale rock in West Texas could yield 20 billion barrels of oil, making it the largest source of shale oil the U.S. Geological Survey has ever assessed."

The Wolfcamp Shale geologic formation in the Midland area also contains an estimated 16 trillion cubic feet of natural gas and 1.6 billion barrels of natural gas liquids, the agency said in a release.

The discovery is nearly three times larger than the shale oil found in 2013 in the Bakken and Three Forks formations in the Dakotas and Montana, said Chris Schenk, a Denver-based research geologist for the agency.

... there are multiple shales that interlock, with Wolfcamp being just one, so it's expected that future drilling will unlock other oil fields that will be comparable to this week's assessment by the Geological Survey.

The estimate lends credence to Pioneer Natural Resources Co. Chief Executive Officer Scott Sheffield’s assertion that the Permian’s shale endowment could hold as much as 75 billion barrels (including the other unlocked oil fields mentioned earlier — Ed.), making it second only to Saudi Arabia’s Ghawar field.

At $45 a barrel, the 75 billion barrel estimate would make it a $3.4 trillion treasure.

The Washington Post is carrying the AP story. But as indicated earlier, given that there is only one comment, its visibility must be quite limited. The Los Angeles Times, which banned comments disputing the supposedly "settled science" of climate change three years ago, deserves some credit for carrying David Warren's AP story at its website. But there are no comments at the story, and it would be a complete surprise if it ever made it into its print edition. The New York Times also has the AP story, but has not put it in any print edition. The three so-called papers of record have also given the AP story about Pavillion, Wyoming the same, "Yeah, we've got it, but good luck finding it unless you already know it's here" treatment.

Envirozealots have gone into complete hysterics over the West Texas discovery. Their statements, carried at EcoWatch, are so over the top that the AP knew better than to use them. Filmmaker (and fabulist) Josh Fox said, "This is not good news for anyone except people who wish to rush the demise of civilization due to global warming." Alan Septoff of Earthworks had similar sentiments.

It would appear that the establishment press is too busy covering the unhinged left's wailing and gnashing of teeth over Trump's presidential victory along with their hysterical reactions to his transition efforts and announced appointments to give exciting things happening elsewhere in the U.S. the visibility they deserve. They need to look outside of their Northeast Corridor bubble and tell their readers the good news — even though the fossil-fuels-are-evil holdouts among their readers and viewers surely won't be pleased.