At AP, Assertions By Trump Only Have to Be 'Widely Questioned' to Be Considered Not Credible

Though their report covering Donald Trump's Wednesday speech criticizing presumptive Democratic Party nominee Hillary Clinton's record has undergone subsequent revisions, the coverage of that speech by the Associated Press's Julie Pace and Jill Colvin has stuck with two common themes. One is that prospective Republican nominee Donald Trump has "struggled with the transition to a general election race, getting bogged down by self-created controversies." The fact is that the "controversies," especially the one over Trump supposedly claiming that President Barack Obama was, in media-speak, "involved" with the June 13 terrorist massacre of 49 in Orlando, Florida, are almost entirely press-invented creations and distortions of what Trump has actually said. It's clear that New Media will have to work hard to sift through such garbage and expose the truth for 4-1/2 more months until Election Day.

The other AP theme which has survived frequent revisions is the idea that criticisms of Hillary Clinton, especially if made by Trump or other opponents, can be readily flicked away if they have been "widely questioned," meaning in practice that a few Clinton acolytes can merely say that "these people are wrong," and that's the end of it. The double standard could hardly be more blatant.

In a previous iteration of their now-updated story, as captured at Powerline, the AP pair provided the following three opening paragraphs (bolds are mine throughout this post):

Donald Trump launched a broad rebuke of his presidential rival Hillary Clinton Wednesday, accusing her of being “a world class liar” who personally profited from her tenure at the State Department. “She gets rich making you poor,” Trump said. 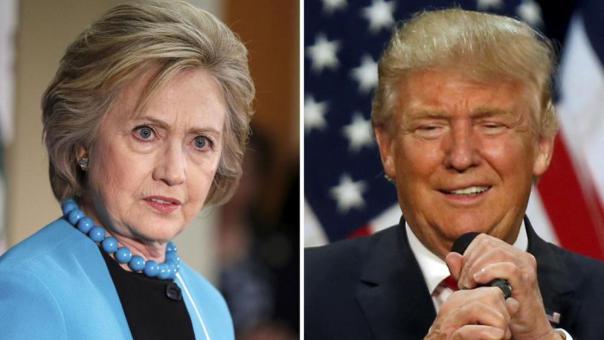 Seeking to steady his campaign after a difficult stretch, the presumptive Republican nominee cast himself as the White House candidate best positioned to address Americans’ economic interests.

“This election will decide whether we’re ruled by the people or the politicians,” Trump said during an address at his hotel in New York’s SoHo neighborhood. He made his arguments in a pointed yet measured tone, less loud and strident than has been typical in most previous campaign speeches.

Taking the bolded items one at a time:

Now here is the Pace-Colvin credibility standard for critiques of Mrs. Clinton:

Yet his remarks included erroneous statements and distortions about Clinton’s record, and he frequently referenced sources of information that have been widely questioned, including the book “Clinton Cash” by Peter Schweizer.

Perhaps reacting to the observation by Powerline's John Hinderaker that "the AP fails to cite a single alleged instance of an 'erroneous statement' by Trump," a later version of their story took out the reference to "erroneous" statements, and now reads as follows:

Trump frequently referenced sources of information that have been widely questioned, including the book "Clinton Cash" by Peter Schweizer. The book argues Clinton and her husband used the State Department to enrich their family, but it does not provide evidence of direct connections between business dealings by foreign interests, sometimes involving the Clinton Foundation, and decisions by Clinton when she was secretary of state.

Geez, Julie and Lisa, there's a long list of individuals, entities and countries which, while seeking favors from the State Department, either "just so happened" to give money to the Clinton Foundation or hired former President Bill Clinton to make a less than 60-minute speech for hundreds of thousands of dollars at about the same time. Do you really think these people are so stupid as to leave "direct evidence" that these "coincidences" are from all appearances de facto bribes, and that their failure to be so stupid proves or disproves anything?

Schweizer’s book is meticulously researched; it is the definitive work on Bill and Hillary Clinton’s corruption. Has it been “questioned”? Well, sure: by Hillary.

Well, Hillary, her hacks and her campaign's apparatchiks at the Associated Press.