In a variation on a popular saying in real estate — "The three most important factors are location, location and location" — the State of Connecticut, since Democrat Dannel Malloy became Governor five years ago, has employed three strategies to balance its budget: raising taxes, raising taxes, and raising taxes.

The Nutmeg State's next planned round of tax increases includes a proposal pushed by the eponymously named Senate President Martin Looney to tax Yale University's $25.6 billion endowment. The headline at Bloomberg News's coverage of the proposal last Wednesday absurdly described the state as "cash-strapped," and didn't even try to explain how the state has gotten to this desperate point.

To be clear, previous administrations of both parties have been playing this game in Connecticut for at least a quarter-century, but Malloy and Connecticut's legislature have taken matters to an ugly new level.

Malloy and his Democrat-dominated legislative cohort got busy immediately five years ago, enacting $2.6 billion in tax increases, the largest in Nutmeg State history, in his very first year. A mind-boggling total of more than 75 new or increased taxes and fees took effect on July 1.

It wasn't enough. The next biennial budget in 2013 balanced "in large part as a result of taxes that were continued after they were due to expire."

More tax increases followed in 2015; the headline at the linked Hartford Courant story celebrated $178 million in "Tax Increases Rescinded"; but that left over $1.3 billion in tax increases which were enacted. That third round of increases caused General Electric, which had moved to Connecticut to escape punitive New York City and Empire State taxation in the 1970s, to announce that it will move its corporate headquarters to Massachusetts. You know things are bad in Connecticut when moving to "Taxachusetts" becomes an attractive idea.

In case anyone is wondering, state spending reportedly declined in fiscal 2014, but has generally been on upward path without exception for a long, long time. Instead, Governor Malloy is currently exploring new frontiers of eminent-domain abuse as he attempts to impose a (supposedly) "groundbreaking 30-year, $100-billion plan to improve Connecticut's long-ignored, overtaxed transportation infrastructure."

The 2015 increases won't get the state through its next biennium without even more tax dollars coming from somewhere, bringing about the "need" for a fourth round of tax increases in just five years. The Bloomberg item referenced earlier reports that "Connecticut is facing a $266 million shortfall for fiscal 2016, according to the state Office of Fiscal Analysis." Which brings us to the "Looney" idea that "taxing the (Yale) endowment’s earnings could help close the gap." Well, maybe it would, for a while; but the state's track record indicates that as long as the politicians won't face up to their spending problem, it will never be enough.

Readers experiencing schadenfreude at this point can be forgiven. After all, Looney's target is a bastion of Ivy League arrogance and so-called "progressive" thought. So why not make them swallow a bit of their own medicine as they hypocritically howl at this attempt to tax and then redistribute their wealth?

The Wall Street Journal picked up on that vibe in a Monday evening editorial, and had the following answer — Taxing the endowment might be great theater; but it's illegal, and won't stop the state's bleeding (bolds are mine): 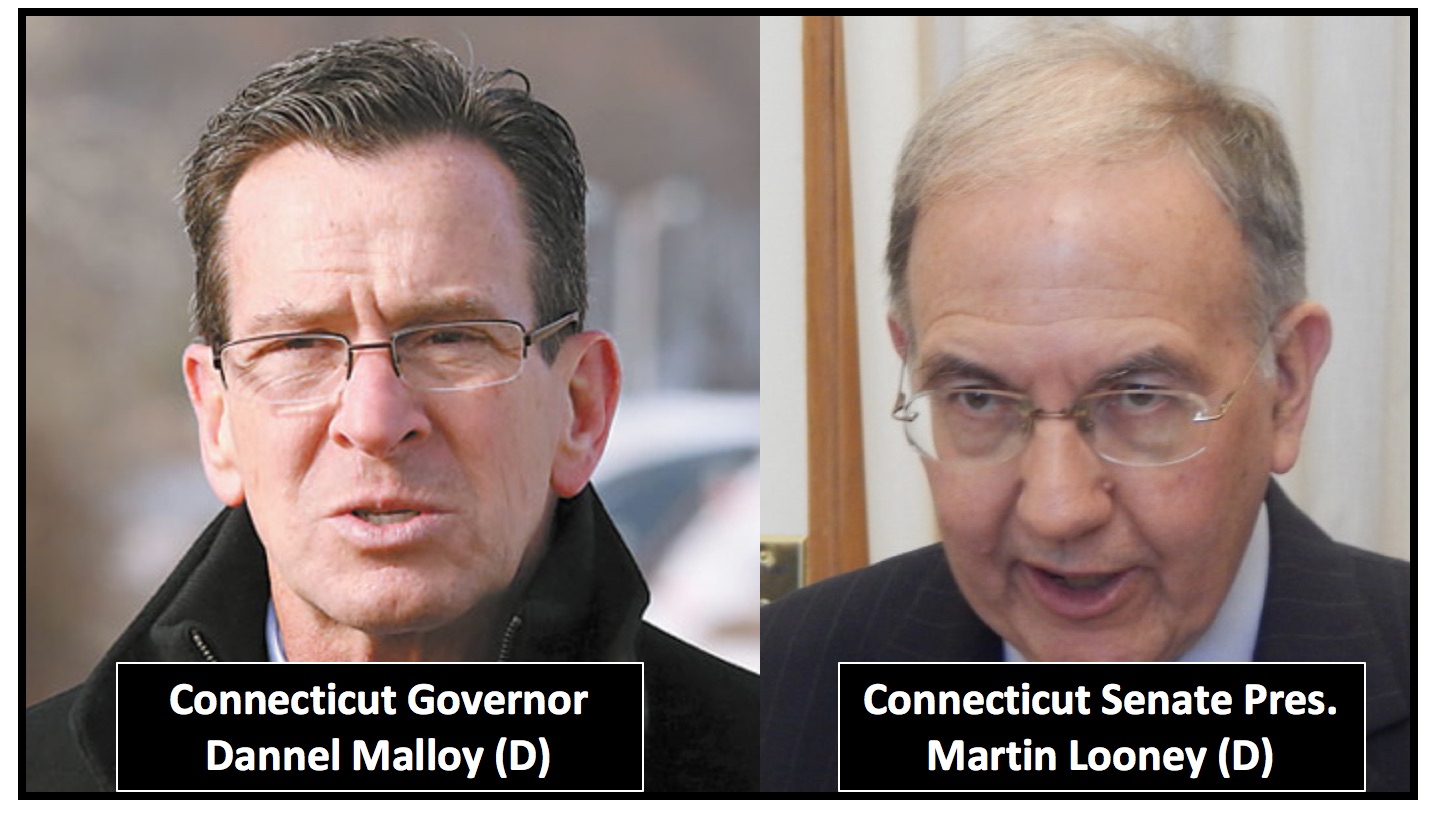 Our guess is that most Yale University professors are proud to be progressives. Well, they are now getting the chance to live their convictions as Connecticut Democrats attempt to soak Yale’s rich endowment.

... State spending is projected to rise $1.2 billion over the next two years, and government-worker pensions that are less than 50% funded need a cash infusion.

Hartford is already taxing anything that moves. Last year Democrats raised the top individual tax rate to 6.99% and extended a 20% corporate surtax. The tax hikes precipitated General Electric’s decision in January to move its headquarters to Boston. Between 2010 and 2015, Connecticut lost 105,000 residents to other states. For the last five years, it has recorded zero real GDP growth. As Mr. Looney put it with a euphemism for the ages, “Connecticut’s economy is going through a transformation.”

... Other tax-exempt nonprofits such as University of Bridgeport, United Way of Greater New Haven and Fairfield University have rallied to Yale’s defense because they realize they will likely be hit up next. There’s no entity too small to tax in Connecticut.

The bill sets a terrible precedent for contract rights since Yale’s charter dating to 1818 shields the university from taxation. In Dartmouth College v. Woodward (1819), the U.S. Supreme Court held that a university charter is protected from impairment. No one is safe when progressives run out of other people’s money.

The only way to be safe from greedy progressives and their unsustainable, open-ended demands is to cut off their access to other people's money.

But the main point here is that Connecticut isn't "cash-strapped." The state and particularly its public-sector unions are cash-hungry and tax-greedy, and clearly don't care about the harm they have inflicted and will continue to inflict on the state's economy and its private-sector citizens.