In his most recent Washington Post column, Fareed Zakaria, who also works at CNN, told readers that "working-class whites" can no longer handle the fact that they're not an "elite group" any more, and that this loss of status explains an alarming increase in suicide in their ranks. Supposedly, these people support Donald Trump because his "Making America Great Again" is about putting them back on top again.

Assuming that Zakaria actually wrote what appeared in the Post — he was suspended for a single instance of plagiarism in 2012 and has been credibly accused of doing so dozens of other times — his awkward opening paragraph seems to say that Trump's main supporters are people who are tragically no longer with us (HT Gateway Pundit; bolds are mine throughout this post):

Why is Middle America killing itself? The fact itself is probably the most important social science finding in years. It is already reshaping American politics. The Post’s Jeff Guo notes that the people who make up this cohort are “largely responsible for Donald Trump’s lead in the race for the Republican nomination for president.” The key question is why, and exploring it provides answers that suggest that the rage dominating U.S. politics will only get worse.

Grammarians want to know: Is the "cohort" of which Zakaria writes "Middle America," or the portion of "Middle America" that is "killing itself"? Last time I checked, its was Democrats and leftists who are the experts in getting votes cast on behalf of people who have died. Also note, based on characterizations of "working class whites" we will see shortly, that Zakaria's fevered imagination implicitly assumes that "Middle America" is some kind of segregated all-white enclave.

As to the "rage" of which Zakaria writes, its funny how the visible instances of destructive rage are coming from the uncivil left, e.g., Black Live Matter "activists" shutting down or disrupting shopping, airport operations and even restaurants. By most if not all accounts, supporters at Trump rallies, while passionate, are not destructive or disuptive.

John Nolte at Breitbart contends that Zakaria is "painting those who are supposedly dying as useless, drug-addicted ragers, he paints a picture of a weak, angry, and ultimately stupid ethnic group getting what it deserves." At the very least, Zakaria comes perilously close to that point (bolds are mine): 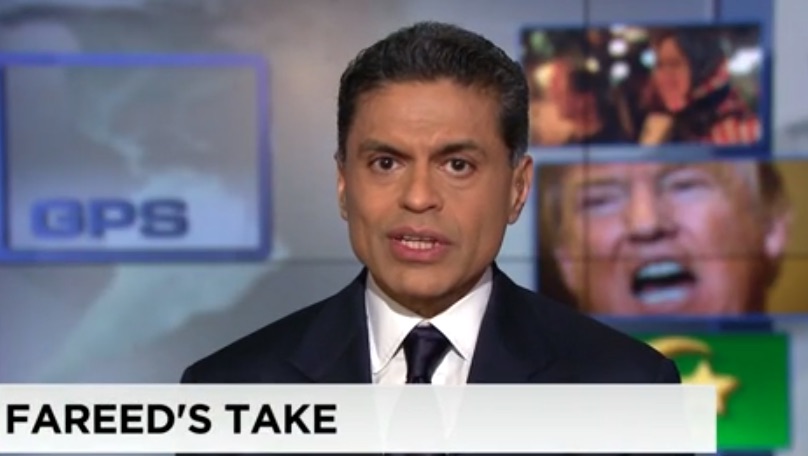 ... middle-age whites in the United States ... are dying in increasing numbers. And things look much worse for those with just a high school diploma or less. ... even a leading critic ... has acknowledged that, however measured, “the change compared to other countries and groups is huge."

The main causes of death are as striking as the fact itself: suicide, alcoholism, and overdoses of prescription and illegal drugs. ... These circumstances are usually caused by stress, depression and despair. The only comparable spike in deaths in an industrialized country took place among Russian males after the collapse of the Soviet Union, when rates of alcoholism skyrocketed.

... perhaps Europe’s more generous welfare state might ease some of the fears associated with the rapid change. ... in the United States, doctors and drug companies are far too eager to deal with physical and psychological pain by prescribing drugs, including powerful and addictive opioids. ...

... why don’t we see the trend among other American ethnic groups? While mortality rates for middle-age whites have stayed flat or risen, the rates for Hispanics and blacks have continued to decline significantly. These groups live in the same country and face greater economic pressures than whites. Why are they not in similar despair?

The answer might lie in expectations. Princeton anthropologist Carolyn Rouse suggested, in an email exchange, that other groups might not expect that their income, standard of living and social status are destined to steadily improve. They don’t have the same confidence that if they work hard, they will surely get ahead. In fact, Rouse said that after hundreds of years of slavery, segregation and racism, blacks have developed ways to cope with disappointment and the unfairness of life: through family, art, protest speech and, above all, religion.

... The United States is going through a great power shift. Working-class whites don’t think of themselves as an elite group. But, in a sense, they have been, certainly compared with blacks, Hispanics, Native Americans and most immigrants. They were central to America’s economy, its society, indeed its very identity. They are not anymore. Donald Trump has promised that he will change this and make them win again. But he can’t. No one can. And deep down, they know it.

Fareed Zakaria seems quite satisfied with his predicted outcome, doesn't he?

Now let's talk about where the destruction of the "Middle class" is really coming from. The "self-destructive whites" Zakaria describes certainly aren't to blame.

For the first time in many decades in the U.S., the middle class no longer makes up the majority of America. Who has been in charge while this happened? Whose economic policies have led to the historically awful level of post-recession economic growth? (For that matter, whose policies gave us the Great Recession in the first place, and then lengthened it?) Whose policies have caused so many foreign-born workers to take jobs native-born members of the middle class of all races used to hold?

At bottom, who is more responsible than anyone else in America for shaking the fundamental faith, justified and confirmed almost continuously since World War II, that "income, standard of living and social status are destined to steadily improve"?

That fundamental faith survived the awful recessions of the early-1980s because government policies gave us the kind of growth which enabled many of the people whose lives were disrupted to change careers and return to their previous standard of living. Those policies, desperately needed after the Great Recession, never came. When the Keynesian policies the Obama administration and the Federal Reserve implemented didn't work, they weren't changed. It's fair to say that Obama, the left, and arguably the entire Washington establishment, find the collateral damage acceptable, if not desirable. People hurt by all of this can hardly be blamed for believing that the damage has been deliberate.

Now that the Obama administration's policies have wrought their destruction, Zakaria comes within inches of celebrating how that result means that "working class whites" are no longer "central to America’s economy, its society, indeed its very identity." At the very least, Zakaria can fairly be accused of thinking that knocking down "working class whites" is more important than a society where all groups advance. What a despicable mindset he has.