The competition for the worst moderator moment of Wednesday night's GOP debate is fierce. John Harwood's rephrasing of an old and discredited charge that Marco Rubio's tax plan disproportionately benefits the top 1 percent has to be in the running.

That's especially true because Harwood himself had to back away from a similar contention two weeks ago, yet still brought up the same issue with a similar dishonest assumption Wednesday night. After Rubio refuted Harwood and pointed out that the CNBC hack previously had to correct himself about the substance of the Rubio-Lee plan, a finger-wagging Harwood still insisted he was correct (bolds are mine throughout this post):

The Tax Foundation, which was alluded to earlier, scored your tax plan and concluded that you give nearly twice as much of a gain in after-tax income to the top 1 percent as to people in the middle of the income scale.

Since you're the champion of Americans living paycheck-to- paycheck, don't you have that backward?

RUBIO: No, that's -- you're wrong. In fact, the largest after- tax gains is for the people at the lower end of the tax spectrum under my plan. And there's a bunch of things my tax plan does to help them.

Number one, you have people in this country that... 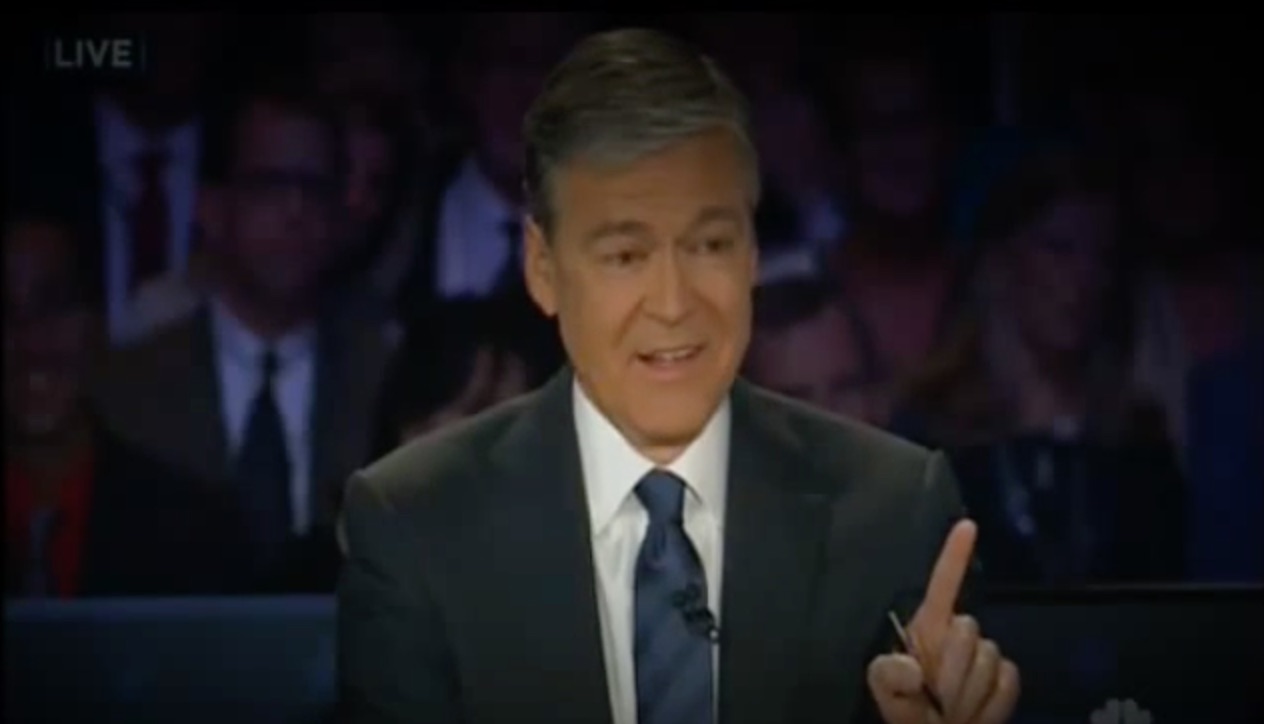 HARWOOD: The Tax Foundation -- just to be clear, they said the...

RUBIO: ...you wrote a story on it, and you had to go back and correct it.

HARWOOD: Senator, the Tax Foundation said after-tax income for the top 1 percent under your plan would go up 27.9 percent.

RUBIO: Well, you're talking about -- yeah.

HARWOOD: And people in the middle of the income spectrum, about 15 percent.

RUBIO: Yeah, but that -- because the math is, if you -- 5 percent of a million is a lot more than 5 percent of a thousand. So yeah, someone who makes more money...

RUBIO: ...numerically, it's gonna be higher. But the greatest gains, percentage-wise, for people, are gonna be at the lower end of our plan, and here's why: because in addition to a general personal exemption, we are increasing the per-child tax credit for working families.

We are lowering taxes on small business. You know, a lot of business activity in America is conducted like the guy that does my dry cleaning. He's an S corporation. He pays on his personal rate, and he is paying higher than the big dry-cleaning chain down the street, because he's paying at his personal rate.

RUBIO: Under my plan, no business, big or small, will pay more than 25 percent flat rate on their business income. That is a dramatic tax decrease for hard-working people who run their own businesses.

RUBIO: ...The other thing I'd like to make about our plan, one more point, it is the most pro growth tax plan that I can imagine because it doesn't tax investments at all. You know why? Because the more you tax something, the less of it you get.

Sean Davis at the Federalist noted that Harwood's stance was so outrageous that the Tax Foundation's Scott Hodge had to tweet the record straight in almost real time:

Here is Harwood's tweeted correction from two weeks ago:

A graphic representation of the Rubio-Lee tax plan by income decile plus the top 1 percent is here.

Those who believe that the GOP should never have allowed CNBC to host one of the its presidential debates, and especially should have insisted that Harwood not be one of its moderators, should feel vindicated — but still quite frustrated — tonight.