The disgraceful determination of Hollywood to rewrite history not favorable to the left, its causes and its personalities has perhaps reached its nadir with the laughably misnamed movie Truth.

The film is about Dan Rather's September 2004 60 Minutes report on President George W. Bush's Texas Air National Guard Service during the 1970s. In Rather's words, "The nuanced, not preachy, script makes clear our report was true." The script may say that, but the historical record doesn't. On October 2, John H. Hinderaker and Scott W. Johnson's writeup detailing how bogus that report was from top to bottom appeared online at The Weekly Standard. Reading that essay in its entirely is undoubtedly important; but in this case, so is ridicule. Megan McArdle at Bloomberg View supplied that back in July.

Poking fun at the self-important elitists associated with the film as they preen for the nation's attention is quite necessary, especially because they're receiving wholly undeserved respect in certain quarters.

McArdle presented a series of paragraphs showing how utterly ridiculous their entire enterprise is (bolds are mine):

Remember 'Memogate'? Makers of a Dan Rather Film Don't 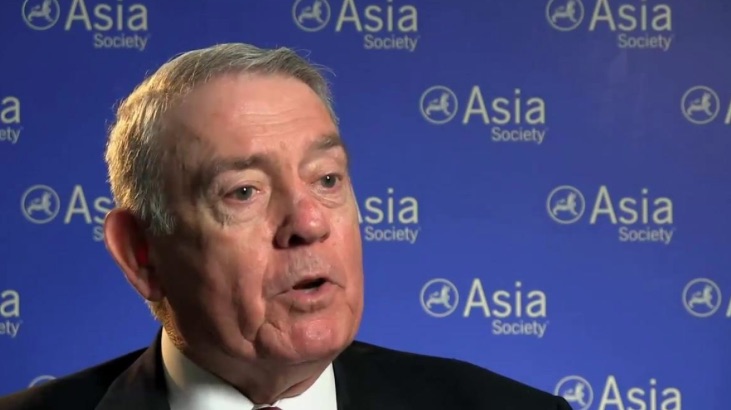 In the run-up to the 2004 election, they (CBS, Dan Rather, and Mary Mapes) went on air with a blockbuster story about George W. Bush having gone AWOL during his service in the Air National Guard. The documents that backed this story up were probably forgeries.

Now, I say "probably," because I can't exclude the very remote possibility that in the early 1970s Bush's commanding officer, for reasons lost to history, decided to type up these memos himself (even though his wife said he couldn't type) rather than getting his secretary to do it.

I can't prove that he never got his hands on a rather exotic typewriter instead of using the ones that were in his office, spent some time working on it with a soldering gun, and managed to coincidentally produce a document that looked exactly like what you would get if you opened up Microsoft Word 2003 and started typing.

I can't rule out the possibility that he, for reasons known only to himself, wrote these documents using Army jargon in several places rather than the terms that would have been used in the Air National Guard.

I can't rule out the possibility that these documents somehow escaped from his office, roamed around in the wild for several decades, and eventually ended up in the possession of a retired lieutenant colonel in the Army National Guard, who had an ax to grind against both the National Guard and one George W. Bush.

I also can't rule out the possibility that somewhere in this vast universe of ours, there is a planet composed entirely of marshmallow, where the rivers run with honey.

What, you don't believe in marshmallow planets, Megan? How dare you?

This document ended up on the air because neither Rather nor his producer did their jobs right. ...

... For two weeks, they dragged their network through a professional embarrassment of a scale that has rarely been reached again, because they didn't do the most basic thing we're paid for: properly vet their story before they started hurling serious, potentially election-altering accusations at a sitting president.

Okay, so that's why Rather left CBS. But that is not, according to Rather, the story you will hear in the movie: "The nuanced, not preachy, script makes clear our report was true. Facts can’t be denied. But today it’s more about big corporations having big power than about truth. Bush was up for re-election. Sumner Redstone wanted him re-elected and would have his news division do what he wanted. What develops is the habit of pulling back, working from fear."

... other reporting on this film suggests Rather is right. Ahem. I mean he is right that the film will distort history. His handling of the memo is still way wrong.

A cottage industry on the left has spent the last decade claiming that even though the documents were fakes, the underlying claims made in the original 60 Minutes report were correct.

No they weren't, as Johnson's and Hinderaker's Weekly Standard essay demonstrated by referring to the report prepared after CBS News's investigation:

The Thornburgh-Boccardi report also notes that Mapes had learned in the course of her reporting that no influence was used to get President Bush into the TexANG. There was no line of aspiring pilots waiting to fly the difficult and dangerous F-102 in 1968. No pull was needed to secure Bush a spot to train as a pilot.

... The Thornburgh-Boccardi report establishes beyond a reasonable doubt not only that the documents were fake, but that the essence of “For the Record” was false. A scandal of the first order, “For the Record” was an attempt by a prominent organ of the mainstream media to influence the outcome of a presidential election with a false and fraudulent story just two months before Election Day.

As several others writing elsewhere have written, a far more compelling and truthful film would have been about the new media writers, bloggers, and forum participants who did the dirty work exposing this "scandal of the first order" and forcing CBS to retreat. They had to do this work because the establishment press was almost uniformly determined, despite the immmediately obvious contrary evidence, to defend Rather and CBS. But Hollywood is clearly interested in rewriting inconvenient history, not accurately portraying it.