Shaky: Cecile Richards' Claim That 'Less Than 1%' of PP Clinics Dispose of Fetal Tissue for Compensation

One of them had to to with how many of its facilities are involved in the provision of fetal tissue for compensation. She may be technically telling the truth about how many are involved at this moment, but it's clear that far more have been — at least until recently.

The Associated Press's Alan Fram, in a late Tuesday story hilariously headlined "FACING CONGRESS, PLANNED PARENTHOOD CHIEF REBUTS VIDEOS" (she clearly did no such thing), reported the following concerning what Richards told the House Oversight and Government Reform Committee (bolds are mine): 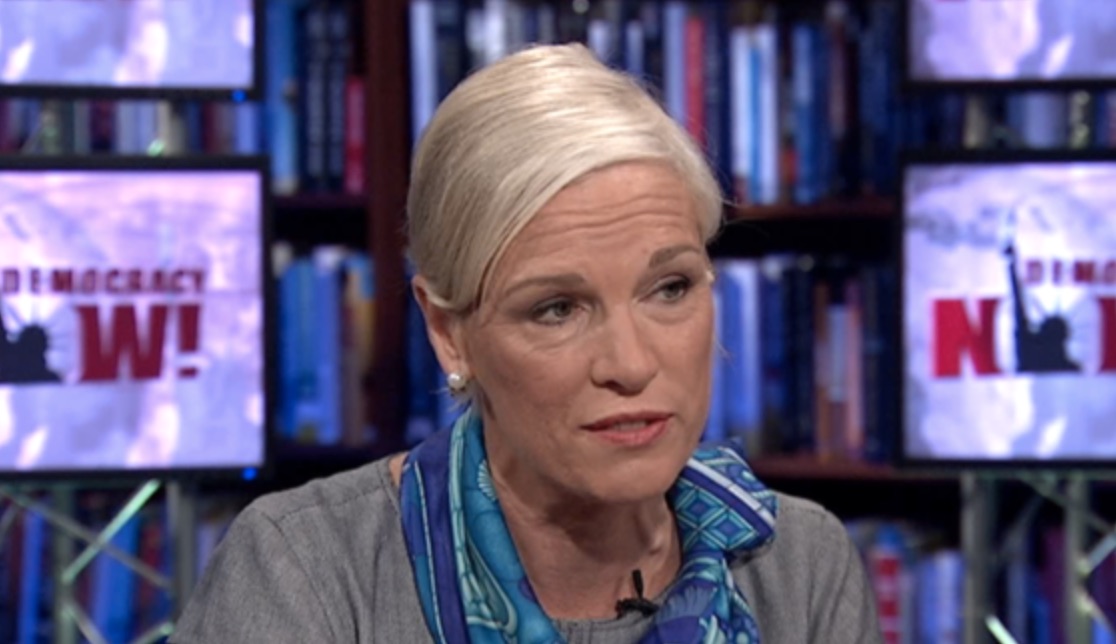 Richards said just 1 percent of its clinics retrieve fetal tissue when abortion patients request it. She said she is "proud" of the work, which is used to research cures and treatments for diseases, but called it a "minuscule" part of the services Planned Parenthood provides.

Yesterday, in a separate AP report, Fram reported that the figure is "She said the group has nearly 700 clinics but obtains fetal tissue in less than 1 percent of them." Fram's original description is consistent with other media reports about Richards' Monday testimony.

For Richards' "less than 1 percent" figure to be true, only six or fewer Planned Parenthood clinics have to be involved. If it's seven or more, she's either not telling the truth, or she's cleverly shading it on the basis of orders at many of her organization's clinics during the past several months to get out of that business — at least for now.

It's not at all difficult to show that over six clinics are or have recently been in the baby body parts for compensation business.

An August 17 report by Paige Winfield Cunningham at the Washington Examiner claimed the following:

Planned Parenthood said this week that clinics in only three states have been involved in donating fetal tissue. Spokeswoman Erica Sackin didn't deny that two of them are California and Colorado —two states with affiliates featured prominently in the footage collected by the anti-abortion group Center for Medical Progress — but she wouldn't name the third state, citing security concerns.

Nor would the woman's health and abortion provider say how many clinics total have been involved in the practice. There are 114 Planned Parenthood clinics in California and 21 in Colorado, according to the group's website, although not all of those centers provide surgical abortions and it's unlikely all those who do also have tissue donation programs.

Sackin also said no clinics in Texas currently participate in fetal tissue donation, although a director of the state's biggest center in Houston was captured on tape discussing the practice. Melissa Farrell, director of research for Planned Parenthood Gulf Coast, said in the footage that the center has no "ongoing" donation program but indicated it has provided tissue to researchers in the past.

The third state besides California that PP wouldn't name is probably Missouri, where a state report by the Missouri attorney general "found no evidence that a Planned Parenthood clinic in Missouri illegally handled fetal tissue."

Texas makes four states. If the state's involvement is in the past, it would seem likely that its end almost certainly came recently. Abby Johnson, currently a profile activist but formerly a Planned Parenthood director in the Lone Star State, testified in July that when she was there, as described at the Sooper Mexican blog, "Employees Received Bonuses for Harvesting Organs." Additionally, Planned Parenthood officials originally promised that they would testify at the Texas Legislature hearing, only to change their mind. It's not unreasonable to believe that they decided that they needed to do some damage control before moving forward.

Of course, there could be multiple clinics in each of the four states identified which are involved or were recently involved in the baby body parts business. An early September report at US News indicated that the number in California was recently six. Specifically:

Most Planned Parenthood clinics do not have tissue-donation programs. One affiliate in California works with a tissue-procurement organization but also has a separate relationship with the University of California. A second affiliate has a direct relationship with the University of Washington. Before the Center for Medical Progress released its videos, four additional affiliates in California were involved with fetal tissue research, but aren’t anymore. Two had their contracts with a tissue-procurement organization canceled because of the fallout from the Center for Medical Progress videos.

So, to recap, without breaking a sweat I have demonstrated that at least nine Planned Parenthood clinics are or recently have been in disposing of baby body parts for compensation: six in California, and at least one each in Colorado, Missouri and Texas.

Cecile Richards told the congressional committee that "less than 1 percent," i.e., six or fewer, of its clinics are in the baby body parts for compensation business.

At best, Richards dissembled at the congressional hearing, only possibly telling the truth because the organization has ordered several clinics to get out of the business for the time being. Who doesn't believe that they hope to get back into it once the storm blows over?

At worst, Richard is flat-out lying about the organization's current situation. Readers who have evidence that other facilities in other states are or have recently been in the baby body parts for compensation business should consider identifying them in this post's comment section or

The AP's Alan Fram took Richards' testimony at face value. He should not have. It's a near certainty that he would not do the same concerning claims made by Republicans, conservatives or pro-lifers.