In a speech at a Republican Lincoln Day dinner in West Virginia earlier this week, Murray Energy Corp. founder and CEO Robert Murray decried the Obama administration's determination to, as described at the financial news site SNL.com (to be clear, no relation to Saturday Night Live), "bypass the states and their utility commissions, the U.S. Congress and the Constitution in favor of putting the U.S. EPA in charge of the nation's electric grid."

In the establishment press, Murray's speech was only covered in a single snarky paragraph by Darren Goode at the Politico titled "Don't Hold Back Now" — obviously attempting to paint Murray as unreasonable and extreme — and a writeup at the Wheeling (WV) Intelligencer. After all, what does Murray know? He's only the head of the largest company in an industry which is still responsible for fueling 39 percent of America's electrical grid, and the majority of it in many states. Who would want to give him any visibility, as if he has anything valuable to say? Well, I do.

Here are key paragraphs from the SNL.com coverage (bolds are mine; HT Zero Hedge): 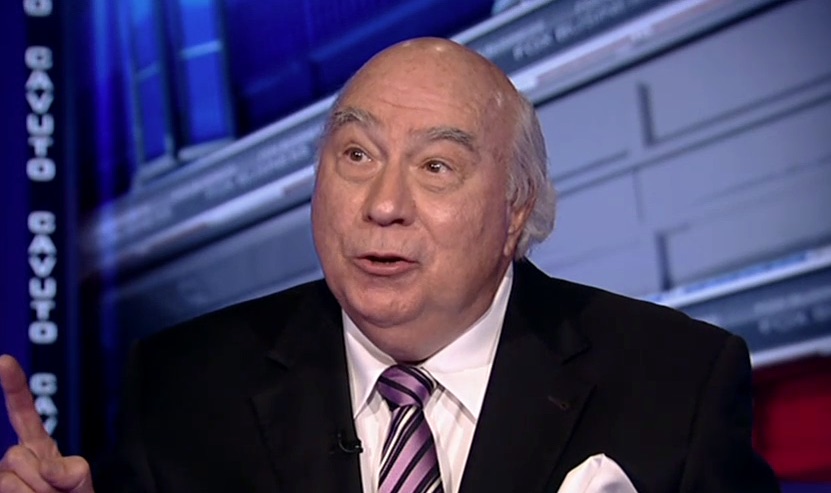 Murray Energy Corp. founder and CEO Robert Murray is "righteously angry" over the Obama administration and coal opponents, who he says are "intent on destroying coal and our country for their bizarre personal and political ends."

"What is behind this destruction of our jobs and livelihood? It is a political power grab of America's power grid," Murray said in prepared remarks addressed to the Ohio County, W.Va., Republican Party. "It is being done to radically transform American society. How better to do it than to get control of the availability, reliability and cost of electricity, a staple of life."

... He said President Barack Obama's administration has issued regulations that illegally bypass the states and their utility commissions, the U.S. Congress and the Constitution in favor of putting the U.S. EPA in charge of the nation's electric grid. Murray, speaking at a Republican gathering at the July 22 Lincoln Day Dinner, touted his company's four lawsuits being brought against the administration's Clean Power Plan, an effort to rein in carbon dioxide emissions.

"Mr. Obama's actions are a human issue to me, as I know the names of many of the Americans whose jobs and family livelihoods are being destroyed as he appeases his radical environmentalist, liberal elitist, Hollywood character, some unionist, and other contributors," Murray said. "These Americans, you see, are my employees and their fellow workers."

Murray continued, saying that the coal workers affected by Obama's policies are among the highest paid in the regions where they live, but also have no one to sell their homes to when they lose their jobs.

"Thus, these people are prohibited from working and fall to the negative side of the economic ledger for the rest of their lives," Murray said. "This is not the America that I have always cherished. Well, I am obviously not giving up. Nor should you. We have the law, science, economics, cold hard energy facts and the Constitution on our side. Our cause is right. It is right for the coal industry and our communities and America. … We must continue to do whatever we can to overcome the insanity of our current government."

He noted that most coal companies are cash-flow negative and many are approaching financial default. The result, he adds, is that "we will see the greatest restructuring of the coal industry in its history."

Those who followed the 2008 presidential campaign of Barack Obama may recall that he revealed his agenda to "bankrupt" coal companies to a group of reporters and editors at the San Francisco Chronicle in January of that year.

Fully realizing the damning potential of what Obama told them — specifically, that "if somebody wants to build a coal-powered plant, they can; it’s just that it will bankrupt them because they’re going to be charged a huge sum for all that greenhouse gas that’s being emitted" — the Chronicle failed to report it in its 2,500-word coverage of that interview.

A new-media outfit caught wind of the Chronicle's coverup just days before the 2008 election, too late to have a meaningful impact on its results.

Mark Steyn at the National Review was appropriately unimpressed with Marinucci's copout, writing that:

... they ran a long, loooooooong front-page report on their interview that somehow never got around to mentioning any awkward words like “bankrupt”.

... There is no explanation for the Chronicle’s action if they’re in the newspaper business (ie, in attracting readers, selling copies, etc.). But it makes perfect sense if they’re in the ideological PR business.

Sadly, they're all still in the ideological PR business — which is why they almost definitely won't write another word about what coal executive Murray said this week.