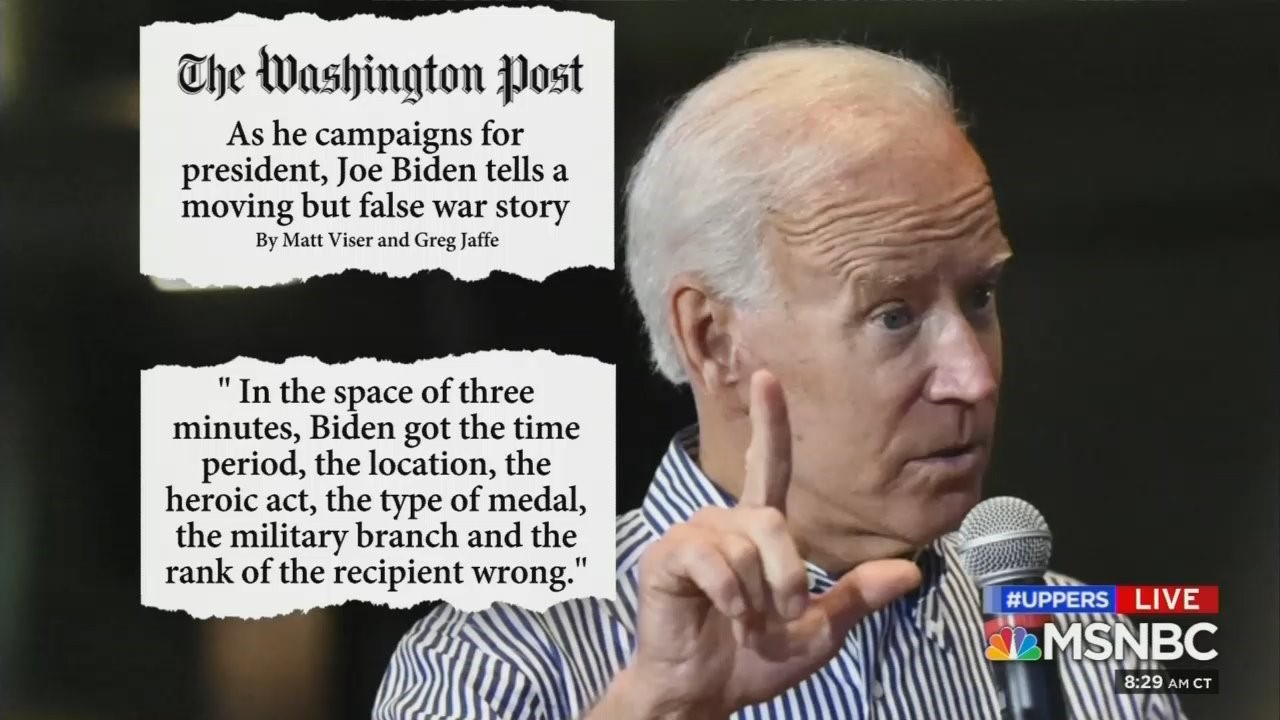 The partisan elasticity of the "independent fact-checkers" will be tested by Joe Biden in this presidential campaign. PolitiFact offered 25 fact checks on President Trump in July and August, and Biden had 4.

The Washington Post brutally critiqued Biden's moving story of a military man not wanting a medal as recounted at a Hanover, New Hampshire campaign stop. "In the space of three minutes, Biden got the time period, the location, the heroic act, the type of medal, the military branch and the rank of the recipient wrong, as well as his own role in the ceremony."

But Snopes.com bizarrely rated the Biden story as a "Mixture" (or Half True), not a complete factual collapse. The headline read "Did Joe Biden Tell a False Story About a War Hero? Some key details of an incident that happened in 2011 were wrong, but the central aspects of the story Biden told weren't false." [Italics mine.]

Bethania Palma's report concluded "Biden's story is not 'false,' as was widely reported, because his underlying recollection of pinning a medal on a grieving soldier who did not want the medal is based on a real occurrence." In other words, The Washington Post is offering.....Fake News? 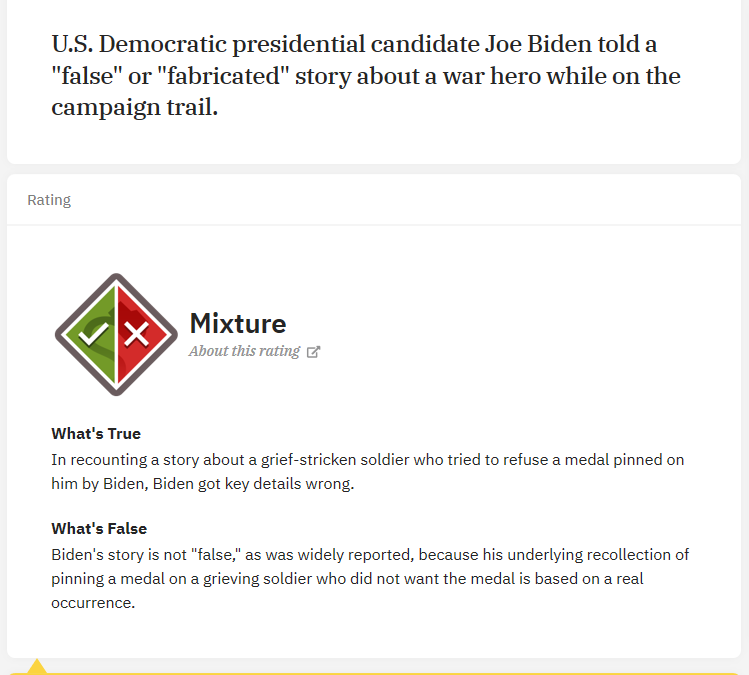 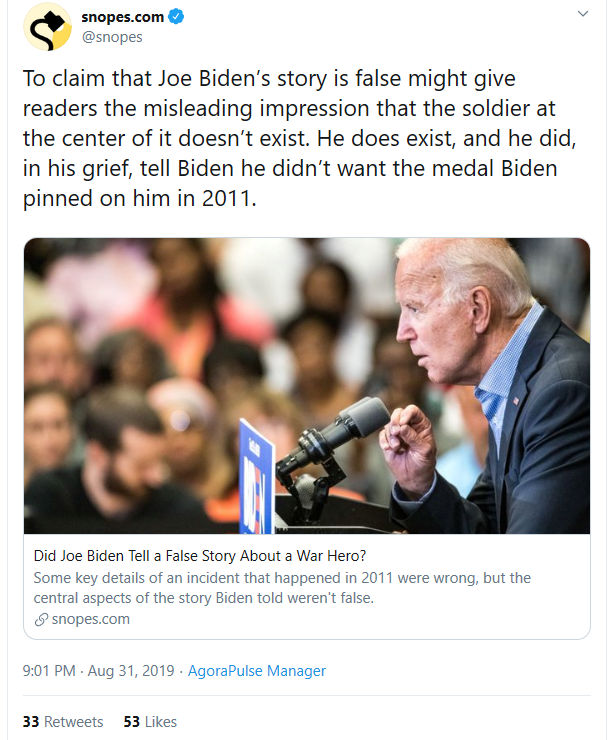 The rebuttal came from, among others, former CBS News correspondent Sharyl Attkisson, who noted the double standard vis-a-vis Donald Trump mangling the facts on real occurrences:

Palma and Snopes don't like this WashPost focus on Biden's fact-mangling.

Biden, 76, has struggled during his presidential campaign with gaffes and misstatements that hark back to his earlier political troubles and have put a spotlight on his age. In 1987, Biden dropped out of the presidential race amid charges that he had plagiarized the speeches of a British politician and others.

In that same span in 1987, he completely mangled his own academic history when his intelligence was challenged, suggesting the fact-mangling is not due to losing a step in his seventies.

Snopes is building an unmistakeable record of cravenly serving up liberal-excusing and Democrat-excusing reports:

-- Rushing to Biden's defense on whether he was insensitive to younger generations, then ignoring how he claimed 17 people died at Kent State (instead of four)

-- Bizarrely insisting that it was "unproven" that Covington student-smearing Indian activist Nathan Phillips lied about serving in southeast Asia during the Vietnam War;

-- Coming to Rep. Eric Swalwell's defense when he told gun-rights activists on Twitter that they would lose because "the government has nukes."

Snopes ended their latest Biden story by quoting the ex-Veep arguing in a Washington Post podcast with Jonathan Capehart that he wasn't wrong: "I was making the point how courageous these people are. How incredible they are, this generation of warriors, these fallen angels we’ve lost. And so, I don’t know what the problem is. I mean, what is it that I said wrong?"

We have rated this Snopes fact-check as Fully Fake. For similar analyses, please visit our Fact-Checking the Fact-Checkers site.