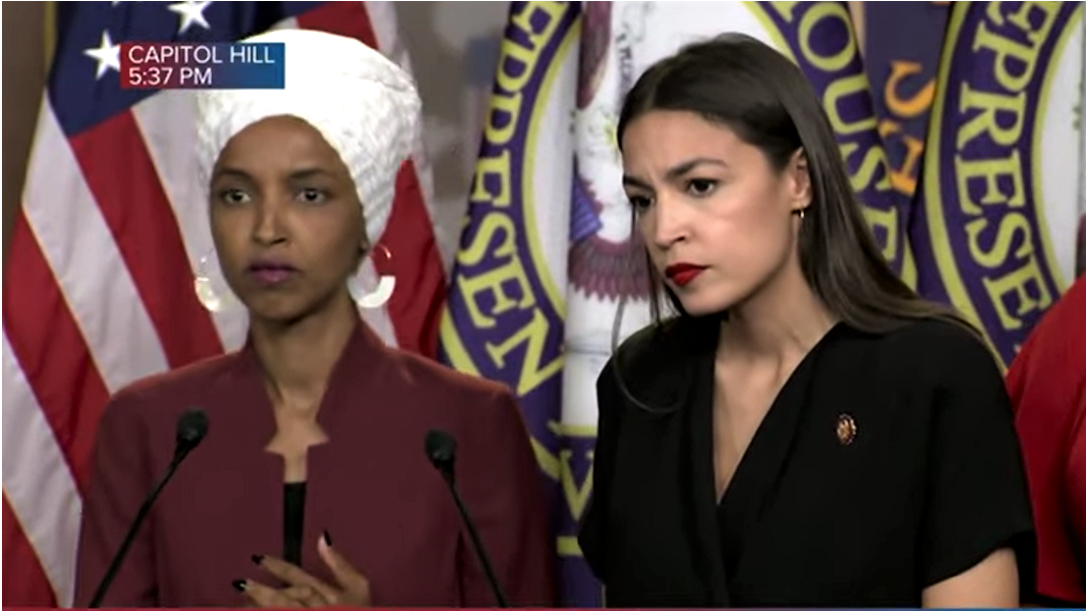 The liberal "fact checking" website Snopes.com is presently engaged in a frenzy of defense of "The Squad," especially Rep. Ilhan Omar -- five "fact checks" in the last week!

This one from July 23 was especially interesting:

Snopes declared this was "Mostly False," flagging a tweet by President Trump which claimed "Omar is polling at 8%, Cortez at 21%. Nancy Pelosi tried to push them away, but now they are forever wedded to the Democrat Party."

The tweet was too vague: Omar had an approval rating of nine percent and Alexandria Ocasio-Cortez was at 21 percent in one poll in one specific category: "1,003 likely general-election voters who are white and have two years or less of college education." The news networks went limp on this Democrat poll.

But Bethania Palma at Snopes was especially unhappy because the political-news site Axios reported these poll numbers without sharing who the pollsters were (except they were Democrats). That's a point worth making. But what was "false" in this report?

We know of no credible polls that show Ocasio-Cortez or Omar have such low approval ratings now in their respective districts or in their overall popularity in the country.

The poll isn't "credible" because Snopes cannot believe they would be this unpopular. No one said they polled badly inside their own respective districts. The theme -- which Snopes dislikes -- is that less-educated white voters don't like them, which could hurt Democrats in other House races in 2020.

Palma insists Omar won her Minnesota Fifth Congressional District race with 78 percent of the vote -- sure, but in a district that went 74 percent to 19 for Hillary Clinton over Trump.

It's stranger when AOC is described as popular with an approval rating in her district of 47 percent -- in other words, pretty close to what Donald Trump is drawing nationally right now.

A Siena College poll conducted between March 31 and April 4, 2019, meantime, showed voters in Ocasio-Cortez’s district have a generally favorable view of her, with a 47 percent job approval rating.

This isn't really a fact check. It's a "bad poll check." It's bad because liberals look bad in it.