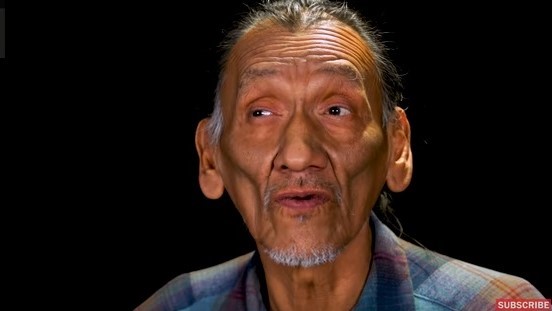 Peter Hasson at the Daily Caller reported the liberal “fact checking” website Snopes.com acted like it couldn’t find the facts on Native American activist Nathan Phillips lying about serving in Vietnam. Snopes phrased it this way on their home page: “Did Nathan Phillips Falsely Claim He Was a Vietnam Veteran? Nuances frequently get lost amidst social media uproar and hastily filed news reports.”

But it’s Snopes that can’t locate the evidence. They bizarrely rated it “Unproven” that Phillips lied about serving “in theater” in Vietnam. Hasson wrote:

Phillips described himself in interviews as a “Vietnam-times veteran” and groups affiliated with him told The New York Times that he fought in Vietnam. Phillips explicitly claimed in a 2018 Facebook video that he was a Vietnam veteran who served “in theater.”

Military records show that Phillips never deployed to Vietnam, though his military service did include a long stint as a refrigerator technician.

But what magnifies this hide-and-seek silliness is how Facebook and Google use Snopes in a war on “fake news”…when it’s Snopes that’s doing the faking. Facebook is touting fake "fact-checks" that are disproven by....Facebook.

Both Facebook and Google give Snopes preferential treatment on their platforms, though Snopes has struggled with accuracy in the past

Google placed Snopes’s misleading fact-check at the top of their search results about Phillips’s Vietnam claims.

Snopes replays how the newspapers had to issue corrections that Phillips never went to Vietnam. They're just trying to pretend Phillips never lied about it. The toughest question in Savannah Guthrie's powder-puff interview with Phillips was on the military service, but she also tried to argue Phillips never lied:

PHILLIPS: I went to boot camp. I stayed there. That Marine Corps was a reservist guy. So I stayed in the reserves for a couple years....

GUTHRIE: So to be clear, you served in the Marines at the time that Vietnam was going on, but you did not serve overseas?

PHILLIPS: What I’ve always said is I’ve never stepped foot in south Vietnam and that’s – I don’t know how much clearer can that be.

The video of Phillips lying is there. The “fact checkers” just can’t handle the facts. A peek at Phil Kerpen’s Twitter page brings the facts.

We rated this Snopes fact check as "Fully Fake." For more, see our Fact-Checking the Fact-Checkers page.