Socialist Seth Meyers: Warren and Bernie Were Like Michael Jordan and Scottie Pippen?

After the first night of the Democrat debates, NBC Late Night host Seth Meyers clearly took sides with the socialists over the "moderates." He compared Elizabeth Warren to Ronald Reagan as a global optimist and visionary, and then compared Warren and Bernie Sanders to the basketball superstars Michael Jordan and Scottie Pippen.

SETH MEYERS: And then when the moderates kept challenging Warren on her plans, claiming her ideas were impossible or politically impractical, she delivered what seemed like a thesis statement for her candidacy and for the night.

ELIZABETH WARREN [TO JOHN DELANEY]: You know, I don't understand why anybody goes to all the trouble of running for president of the United States just to talk about what we really can't do and shouldn't fight for

MEYERS: Yeah! What's the point of running for president if all your positions are about stuff you can't do? It's like if Ronald Reagan had said, "Mr. Gorbachev, make this wall a little shorter!"

It's perverse to compare Reagan preaching against communist dictatorship to a socialist demanding a Green New Deal and "Medicare For All." (Some people might want to play Lloyd Bentsen in 1988 and say Warren is no Reagan.) 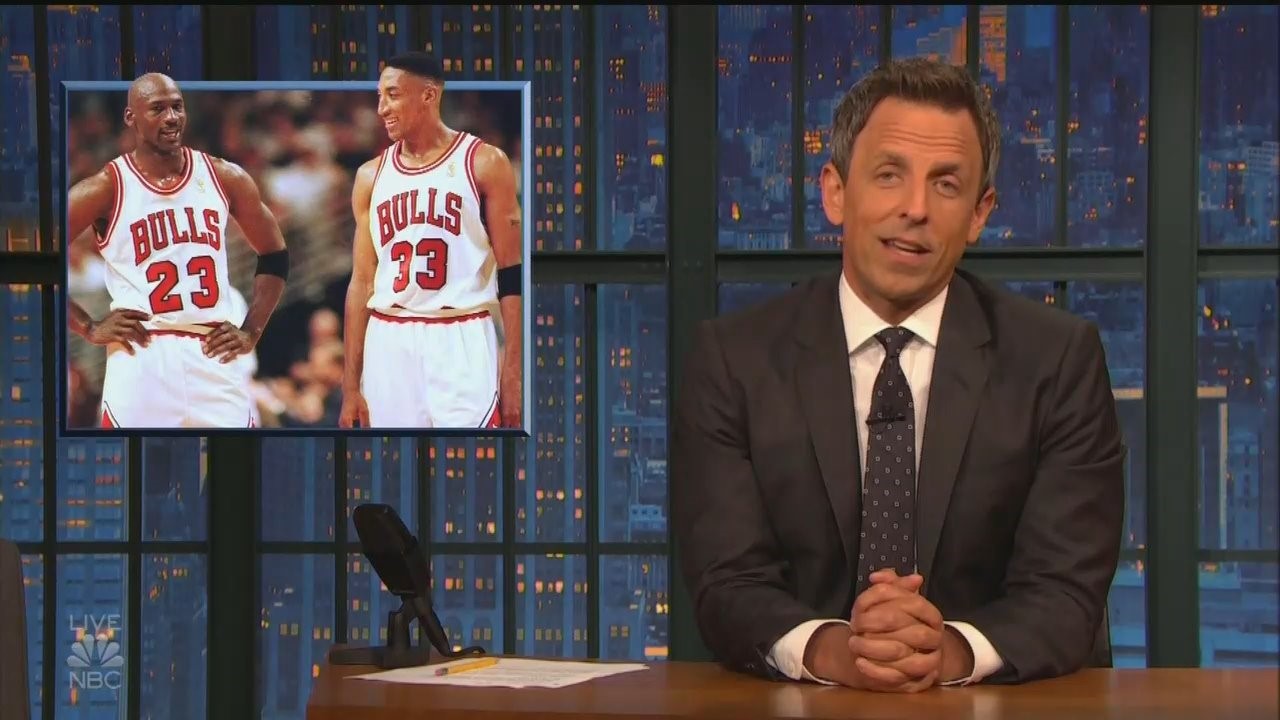 Later, after mocking Tim Ryan for telling Sanders he didn't have to yell, Meyers summarized his pro-socialist take:

This debate seemed like a bunch of moderates trying to take on Warren and Bernie, and Warren and Bernie teaming up to fend them off. It was like watching Michael Jordan and Scottie Pippen take on the Washington Generals [the hapless squad that always lost to the Harlem Globetrotters].

MRC's Bill D'Agostino told me the analogy wasn't completely terrible, since Warren and Sanders clearly used these below-one-percent pragmatists to "dunk on" with the radical base that cheered wildly in the audience.

Meyers wasn't done with mocking Delaney: "At one point, John Delaney was again called on to debate Warren on her proposal to a wealth tax on assets over $50 million she managed to debate Delaney just with her facial expressions." She made funny faces of objection while he talked about capital-gains taxes, and Socialist Seth summed up: "Damn! Even when she's not talking, she's winning! It's like when you're on the subway next to a crazy guy, and you try to signal your friend you want to move without talking."

Then he noted "Also, look at how she rubs her hands when the wealth tax comes up." As CNN host Don Lemon explained to Delaney that with his estimated net worth is $65 million and subject to Warren't taxing scheme, her eyes widen and she rubs her hands together. Socialist greed is so amusing.