New York Times Reporter Cries Sexism: 'I Wanted to Scream at Every Critic' of Hillary's

New York Times political reporter Amy Chozick has written a book about covering both of Hillary Clinton's presidential campaigns called Chasing Hillary. Washington Post book reviewer Carlos Lozada showed that there was a reason the candidate was surrounded by female correspondents. They all felt her pain. 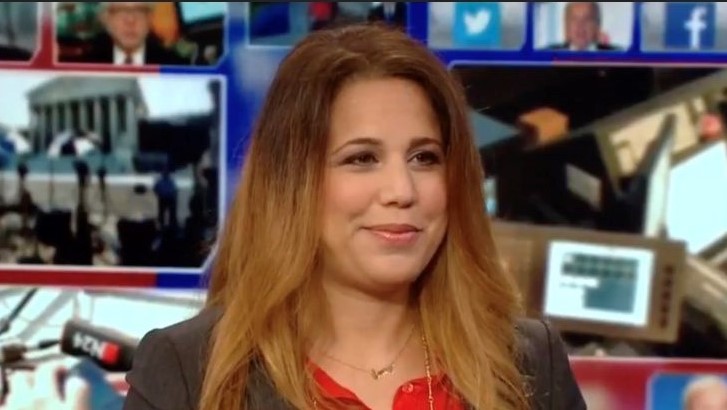 Chozick is indignant about the prejudice swirling around Clinton’s candidacy and fantasizes about defending her. “Bernie’s supporters, Republicans, and garden-variety Hillary haters always told me it wasn’t about gender,” she writes. “They’d vote for a woman, just not THAT woman. . . . I wanted to scream at every critic that thirty years of sexist attacks had turned her into that woman. That sooner or later, the higher we climb, the harder we work, we all become that woman.” (Italics hers, bold is mine.)

Someone needs to tell the Chozicks that not every woman spent her days as a governor's wife coming up with corrupt little schemes of self-enrichment, from Whitewater to the quick $100,000 gain on the cattle-futures market. But more importantly, not every woman tolerates serial infidelity so she can run for president one day.

Chozick was upset that Hillary was so hostile to her, but if wasn't really about her. It was about Hillary's hatred of The New York Times, which broke the Whitewater story on March 8, 1992 and the cattle-futures story on March 18, 1994.

The author believes that her own coverage of Clinton was “neutral to positive, with plenty of wet kisses thrown in,” even declaring once that “part of a campaign reporter’s job is allowing yourself to be used.” Yet Chozick acknowledges the Clinton camp’s enduring suspicion of the Times, dating to its Whitewater coverage in the 1990s. In the case of the emails story, she has some sympathy for Clinton. “Ever since that first news conference, there was an insatiable appetite for email-related stories. I can’t explain it exactly except to compare it to a fever that spread through every newsroom and made us all salivate over the tiniest morsels...I never agreed with Hillary that her email server was a nonstory, especially after the FBI opened its investigation, but I would regret — and even resent — that it became the only story.” (Italics hers, bold mine.)

That simply not true at all. MRC research director Rich Noyes reported the e-mail scandal was about one-sixth of Hillary's evening-news coverage in the campaign, and that total was about one-fourth the amount of the time these programs spent on Trump controversies and scandals. But who can get convince the "wet kisses" reporter?

The first time Chozick, as a young reporter covering the 2008 campaign for The Wall Street Journal, attended a Hillary Clinton town hall, she briefly stood up and started clapping when the candidate walked in. (“What the hell are you doing?” a colleague admonished, tugging at her coat.) The day after the 2016 election, Chozick sat in her cubicle and wrote the “how she lost” story. “Then I finally cried,” she writes.

When she felt insecure at work, Chozick would channel Clinton. “I adopted Hillary’s mood,” she recalls. “I went around despondent and aggrieved, pissed off at the world, at my editors, at myself for not being ‘likable enough.’ ” But that’s not the Clinton she wants to remember, Chozick concludes. She wants to remember the Hillary who “tried to hold it all together — her marriage, her daughter, her career, her gender, her country.”