SHOCK: CBS Allows That ‘Republicans Can Win’ the Mueller Hearings

The journalists at CBS This Morning on Tuesday allowed that it’s possible the Mueller hearings might not be a slam dunk for Democrats after all. Journalist Paula Reid even explained how “Republicans can win” the hearings. As proof, she referenced something that the media have largely ignored: The shocking texts of FBI agents Lisa Page and Peter Strzok.

Reid asserted, “I think Republicans could win this hearing.” This prompted a surprised, “oh!” from co-host (and Democratic donor) Gayle King. Reid explained, “Here’s how: Pack your questions with quotes from the text messages between Peter Strzok and Lisa Page. The investigators who were having an extramarital affair but were disparaging candidate Trump and supporters during the investigation.”

The journalist highlighted news not friendly to the liberal narrative when it comes to Donald Trump and the 2016 election:

If you just read those text messages about how Trump supporters smell in a Walmart, it's a lot easier to understand bias than it is to understand the nuance of obstruction of justice. Republicans could really sow some seeds of doubt about the origins and the objectivity of this investigation if they craft their questions right.

As noted by MRC Research Director Rich Noyes, the 31 months since Trump took office, Strzok and Page’s texts amounted to just 1.5% of the total evening newscast coverage. 40 minutes out of 2,634. This despite the two rogue FBI agents (who were having an affair together) making this exchange:

“Trump's not ever going become president, right? Right?” Strzok texted back, “No. No, he’s not. We’ll stop it.”

Reid on Tuesday admitted that the hearings aren’t really about getting information, since Mueller isn’t likely to offer any additional nuggets: 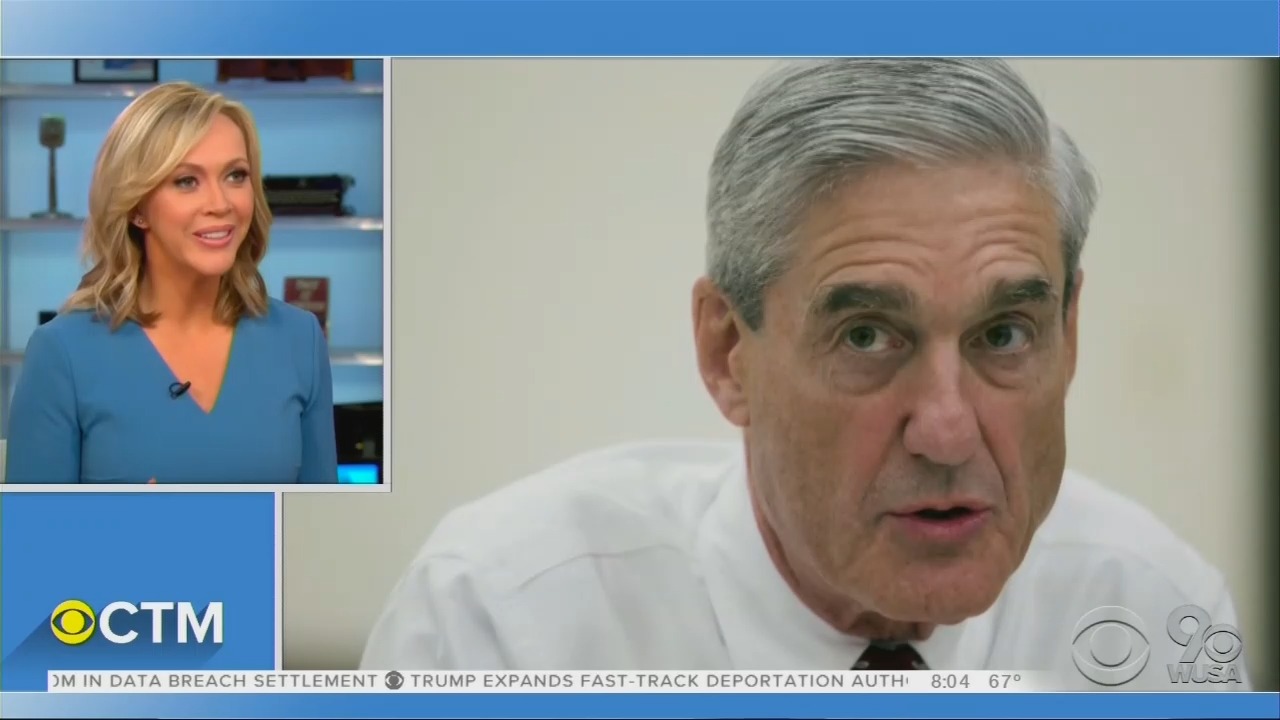 GAYLE KING: Paula Reid has been reporting on the Mueller investigation since he was appointed in May of 2017. She is here with more on what to expect tomorrow. Paula, number one, good to have you at the table. Good to see you.

VLADIMIR DUTHIERS: Good to see you.

KING: The President has said that he may or may not watch or he'll watch a little bit. I know people on both sides of the aisle will be glued to their TVs with a bottle of — bowl of popcorn watching to see what he's going to say. So we look at there [previous clips of Mueller that were played.] Shows no nonsense, cautious. Will he be different tomorrow, do you think?

REID: Absolutely not. You're going to hear a lot of “Yes,” “No.” “I direct you to page 135 of volume two.” That’s why for these lawmakers, it’s all about the questions for lawmakers. That's how they're going to get their point across. They need to their pack their questions with whatever facts they want to highlight. ‘Cause really all they're going to get is a yes, no.

TONY DOKOUPIL: Is this an attempt to get kind of an an audio book version of the report?

KING: Most people haven't read the report either.

REID: Exactly, only about three percent of Americans have read the full report. I am in that three percent. But I realize not everyone is.

DUTHIERS: A lot of lawmakers haven't read it either.

REID: Exactly. They've just skimmed it. So, here you're going to have the opportunity to hear from him. But I think a lot of people expect him to narrate his report, they're going to be sorely disappointed. I don't think you'll get a lot of clarity in this hearing. I think you're going to get yes-no answers and references back to the report.

DUTHIERS: So, this DOJ letter that was sent to Robert Mueller telling him to stick to his report during the testimony, can they legally do that?

REID: Well, he asked for this advice. He asked for whether there were any limitations to what he could say. You don't need to tell him to stick to the four corners of his report. In the press conference at the Justice Department, he said, “Look, I hope I don’t have to talk about this again, but if I do I'm going to stick to the report.” It’s like telling a plant not to move. He didn’t need this letter. Now he has cover so if there's a question he doesn't want to ask [sic], he can wave the letter in front of lawmakers. “Look, DOJ says I can't go beyond the report.”

KING: But he's made it clear that he's a reluctant witness. He said, “I don’t want to be here. I don't want to testify.” Is there an upside for either party, Democrats or Republicans?

REID: Both sides have an opportunity here. Democrats can really try to drill down on the President's fitness for office, on the questions of obstruction or whether the President was trying to undermine democracy. But I think Republicans could win this hearing.

REID: Here’s how: Pack your questions with quotes from the text messages between Peter Strzok and Lisa Page. The investigators who were having an extramarital affair but were disparaging candidate Trump and supporters during the investigation. If you just read those text messages about how Trump supporters smell in a Walmart, it's a lot easier to understand bias than it is to understand the nuance of obstruction of justice. Republicans could really sow some seeds of doubt about the origins and the objectivity of this investigation if they craft their questions right.

KING: Should  the President will be worried?

REID: He is. He is. I don't know if he should be. But I asked him about this ten days ago, I said, “What would you like to hear from Robert Mueller?” He got pretty agitated. He launched into the typical talking points, “no more bites at the apple,” “no collusion.” What was interesting, he didn't tell me no obstruction. He got deep in the weeds on how he could make a decision and it was up to Rod Rosenstein. He knows. There's ambiguity here and there’s some potential political danger for him.