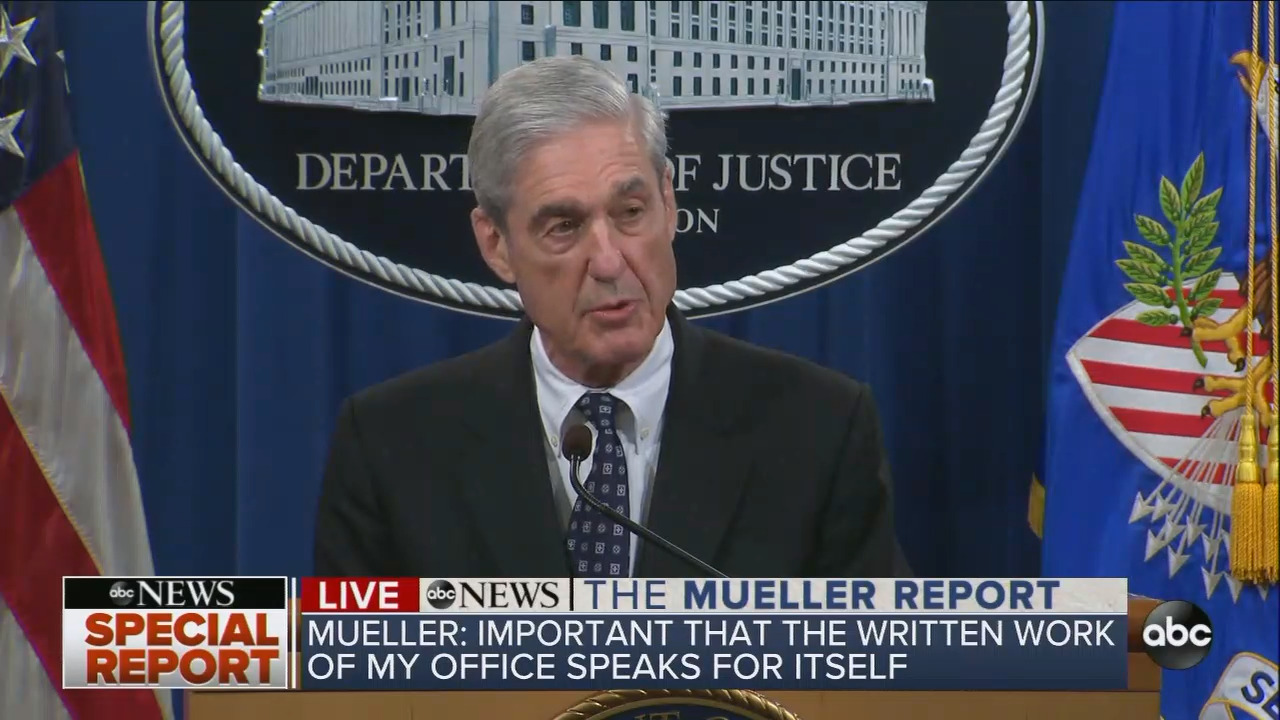 Weeks before he was even subpoenaed, Special Counsel Robert Mueller signaled his testimony before two House committees would not go beyond the conclusions of his already-released report. If true, it will disappoint liberal journalists still hoping for smoking-gun testimony that might rejuvenate the faltering cause of impeaching President Trump.

But there’s at least one way this nationally-televised forum can make news, and that’s by a highly public airing of controversies that aren’t even addressed in the Mueller Report, namely, the lingering questions of bias regarding how the probe began in 2016 and how Mueller’s team subsequently handled the investigation.

In the 31 months since the President took office, the ABC, CBS and NBC evening newscasts alone have spent an astounding 2,634 minutes covering the investigations into alleged Russia collusion and obstruction of justice. That’s nearly one-fifth (19.5%) of all of these broadcasts’ Trump coverage, a huge shadow on his presidency.

Yet these newscasts have barely mentioned some of the crucial unresolved questions surrounding the investigation’s bias: 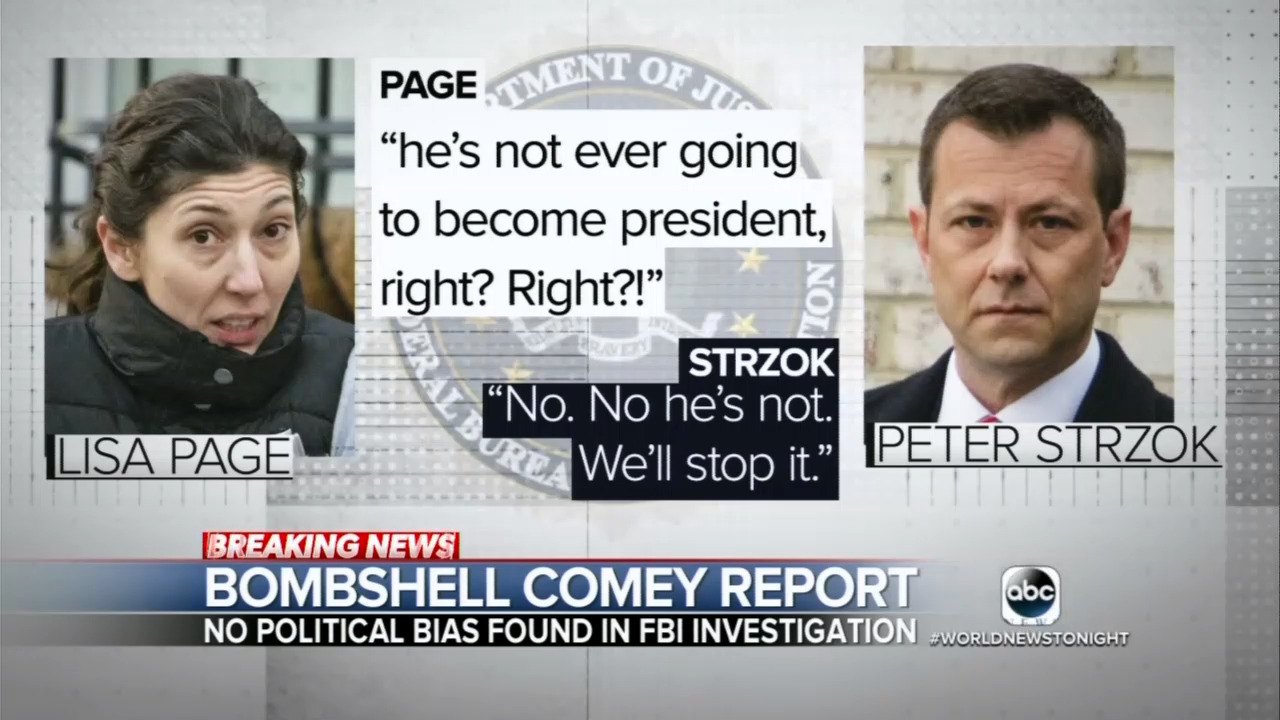 ■ The Strzok-Page text messages: Peter Strzok was a senior FBI agent assigned to investigate the Trump campaign’s Russia contacts in mid-2016, nearly a year before Mueller took over the investigation. But text messages show his disdainful attitude toward the GOP nominee; after he received one text from his mistress, FBI lawyer Lisa Page, asking: “[Trump’s] not ever going become president, right? Right?” Strzok texted back, “No. No, he’s not. We’ll stop it.”

After these messages were discovered in 2017, Mueller dismissed Strzok from his investigative team. Yet the networks virtually ignored these texts, allotting a mere 40 minutes of airtime from December 2017 through December 2018 (a minuscule 1.5% of all their Russia coverage). Given Strzok’s central role in the early phases of this investigation, his obvious bias was one element of the over-covered Russia story that the liberal media preferred to bury. 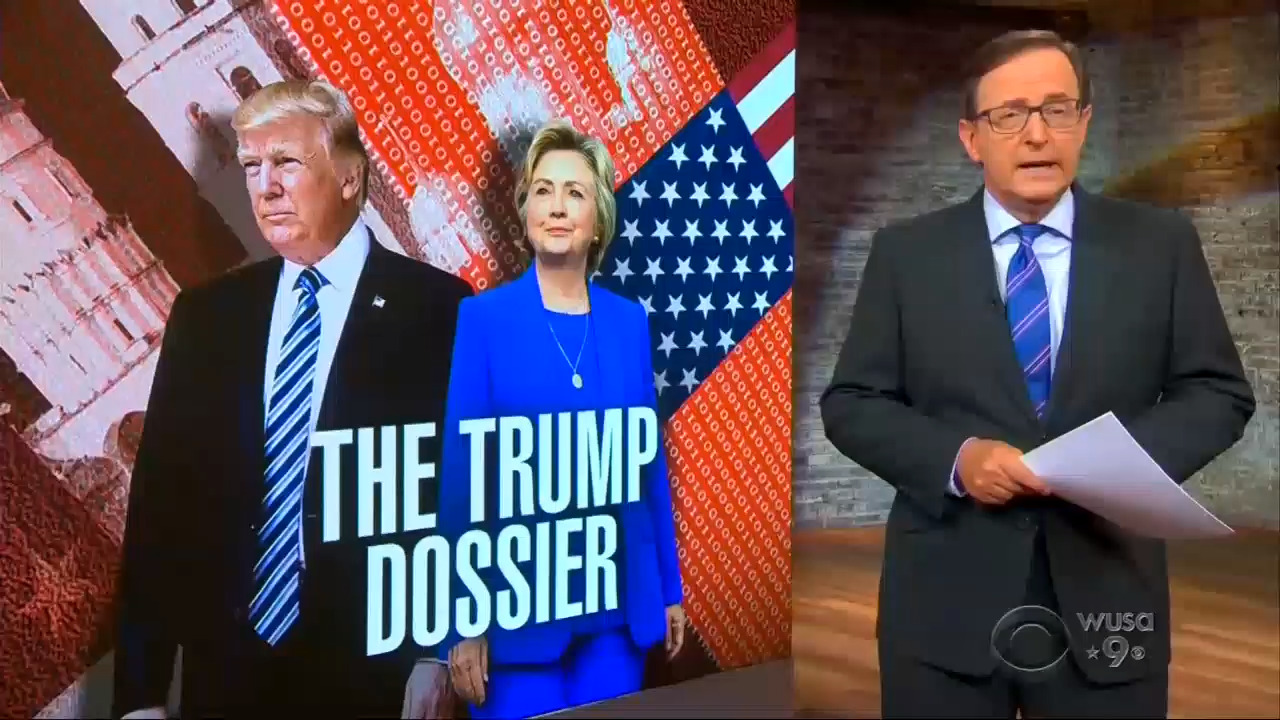 ■ The Democratic-funded dossier: Before Trump was sworn in, liberal journalists giggled at the sensational accusations in a so-called “dossier” outlining the various ways the new President was supposedly compromised by Russia. It became one of the star exhibits in ex-FBI Director James Comey’s book tour in April 2018, with ABC’s George Stephanopoulos touting how Comey confronted the President-elect with the “unverified information on Trump’s ties to Russia, including allegations of Trump’s encounters with prostitutes in Moscow.”

The previously-undisclosed news that Hillary Clinton’s campaign had funded the “dossier” only interested the networks for a single night. Overall, the networks limited their coverage of the dossier to just 34 minutes, or barely one percent of all Russia news. And, according to The Hill,  FBI analysts found “90 percent of the dossier’s claims to be either wrong, nonverifiable or open-source intelligence found with a Google search. In other words, it was mostly useless.” 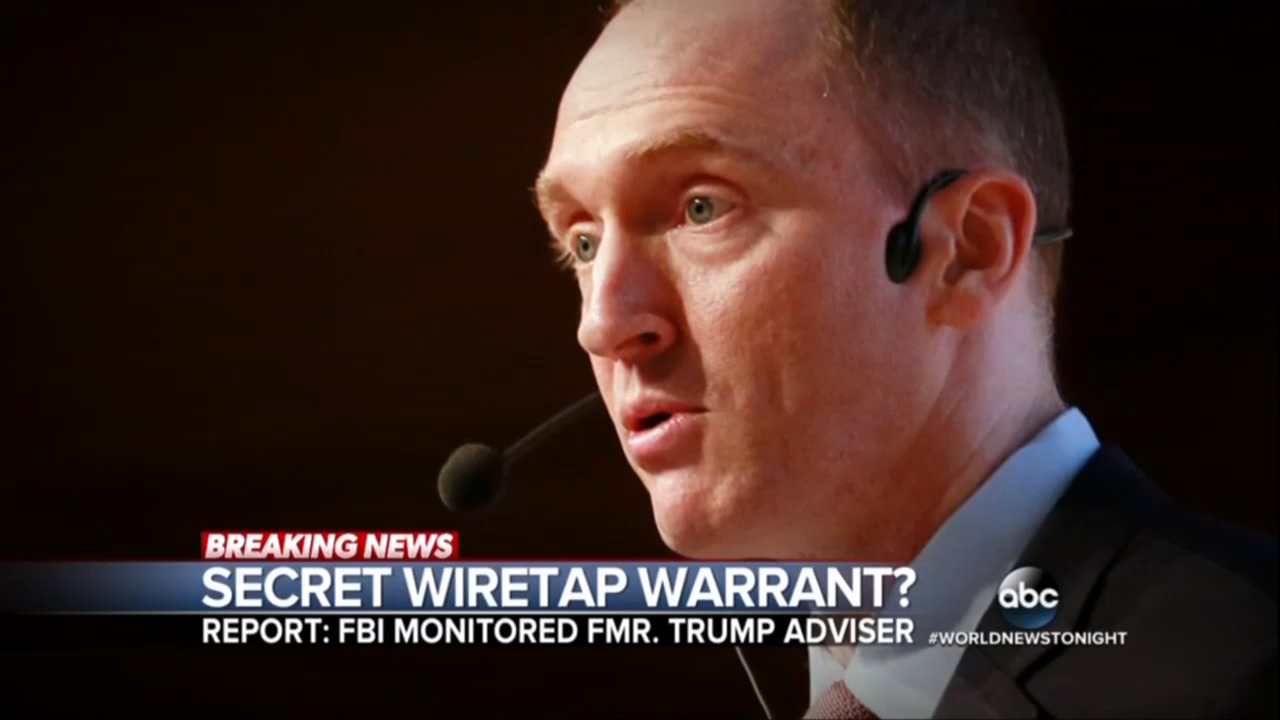 ■ Allegedly misleading the FISA court: Back in April 2017, the networks seized on the news that the FBI in 2016 had successfully obtained a FISA (foreign intelligence surveillance) warrant to monitor then-Trump campaign advisor Carter Page, suspecting he was working on behalf of the Russians. Then-ABC reporter Brian Ross insisted this was meaningful, saying obtaining such a warrant is “a process that requires extensive evidence.”

Ten months later, Republicans on the House Intelligence Committee who viewed the original FISA application wrote a memo alleging that the key evidence for the warrant was none other than the Democratic-funded dossier described above. Three weeks later, Democrats rebutted that the FISA application also relied on other evidence besides the dossier.

So was this an example of the FBI and/or the Obama administration using politically-motivated research to begin a fishing expedition on a Republican presidential campaign? The networks couldn’t have cared less. Total network evening news coverage of the FISA flap amounted to just 20 minutes, mostly the back-and-forth of the dueling congressional memos.

■ Other accusations of bias: Since the Mueller Report was completed in March, the President has frequently charged that the investigation was the result of bias within the Obama Justice Department and FBI. These charges have netted a total of a mere 11 minutes of evening news airtime. Trump’s complaint that Mueller had stacked his legal team with nearly all Democrats was essentially ignored, garnering a mere 2 minutes, 27 seconds of coverage during 31 months.

And back in June 2018, when Trump’s own Justice Department was angering House Republicans by refusing to turn over subpoenaed materials, the networks barely noticed, giving it a mere 92 seconds of coverage. But this year, the suggestion that Trump is “stonewalling” the investigations of House Democrats is touted as another reason that the President should be removed from office.

It seems likely that House Republicans will pose at least some of these questions to Mueller on Wednesday, ensuring an audience of tens of millions of Americans will be exposed to these controversies. And, because the media have done such a poor job of covering these angles of the Russia investigation during the past two-and-a-half years, many Americans will be hearing about them for the very first time.